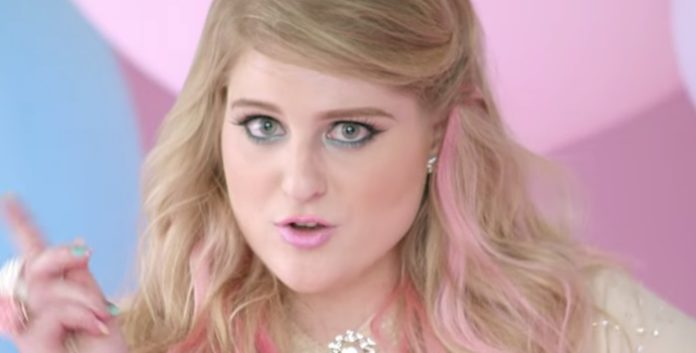 Meghan Elizabeth Trainor (24) is a popular pop singer and songwriter. Born in 1993, this talented young artist has already released several smash hits and won numerous awards. With such a huge success, it is no wonder that Meghan Trainor is very wealthy. Today we are taking a look at her wealth and how she made it!

How Did Meghan Trainor Make Her Money & Wealth?

Trainor was born in 1993 in Nantucket, Massachusetts, and started singing when she was just six years old. She wrote her first music piece by the time she was eleven. Meghan attributes the above to the fact that most of her family were musicians, so it was natural for her to lean towards music. 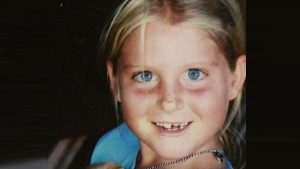 She started playing in Island Fusion, a “party band” consisted of her aunt, younger brother, father and Meghan herself. During this time, she experimented with various instruments and songwriting. During her teenage years, she independently released three albums, all written, recorded and performed by herself. Meghan won her first two awards during this time.

At 17 years of age, Meghan turned down a full scholarship to the Berklee College of Music in order to pursue a songwriting career. She would go on to spend most of 2013 traveling while writing pop and country songs. This was the year in which she wrote All About That Bass, which was denied by several record labels. Frustrated with their decisions, Meghan would go on to record the song herself. The song was officially released in June 2014 and went viral overnight. It topped the charts in 58 different countries and sold dozens of millions of copies. 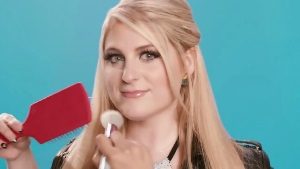 Meghan Trainor’s second single was a huge hit as well. Lips Are Movin peaked in the top 5 on the Billboard Hot 100 list. Her first studio album was released in early 2015 under the name Title, and once, Meghan would top the charts. Since then, Meghan has been an incredibly popular musician and gaining loads of fame (and money!). Her second album was released in May 2016, and she has another one coming in 2018.

Through her work as a singer, songwriter, and mainstream performer, Meghan Trainor became a very rich woman. Meghan’s true net worth is estimated somewhere between $5 and $6 million dollars. We’ve no doubts that her income will keep growing as she is still a hugely popular musician. 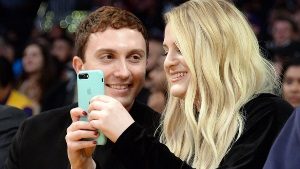 Meghan currently isn’t married, but she is engaged. Her and Daryl Sabara started dating in July 2016 and got engaged on December 22, 2017 (Meghan’s birthday!). You might know Sabara for his TV appearances, namely as Juni Cortez in the Spy Kids movies.

How much money does Meghan Trainor make per year? What is her salary?

Meghan Trainor made just a shy bit under half a million dollars last year. If her wages keep increasing as they have in the past, Meghan will quickly add lots more to her net worth. 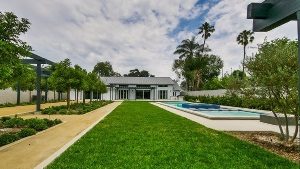 Meghan bought the famous Bing Crosby’s home located in Toluca Lake, just outside of Los Angeles. The property, previously owned by Megan Fox and Brian Green, was bought for a whopping $4.9 million by the singer. The house has close to 7,000 square feet, a swimming pool, a spa, and of course, a guest house. Because how can you not invite people over when you live on this piece of heaven on Earth?

While there isn’t too much information about Meghan Trainor’s charitable donations, we can confidently report that she definitely has a philanthropic character. Meghan identifies as a feminist, standing up for equal rights, and has helped create a website centered around clothes for different types of female bodies. Lots of her songs also deal with subjects of gender equality. She is also a supporter of the Cybersmile Foundation, an organization dedicated to creating safer and more positive online communities without bullying.

What are Meghan’s greatest accomplishments?

As previously mentioned, although the singer is very young, she has already accomplished a huge amount. Just to mention a few: