Brandon, Steven, and Bruno are the owners of Sand Cloud. They love the beach and used to go to the beach all the time after the work. One of those days, they woke up from a nap on the beach and found themselves super uncomfortable. However, they had the idea of putting a pillow inside of a beach towel. That’s when they first came up with their million dollars, The Pillow Towel. They created the product and tried selling it on the beach, but realized it was a total fail – nobody wanted it.

They took the opportunity to talk to every single person on the beach to figure out what they wanted, and Sand Cloud was born. As millennials, having a business with a social impact means everything to them. They decided to donate 10% of profits to protect marine life. They’ve risked everything – moved in together, sold their cars, and there is no other option. This is it. It’s not about them, it’s about making a difference in the environment and making a difference in the world. So, the three of them have come to the Shark Tank to seek an investment for their business.

All three radical dudes step into the Shark Tank wearing swim shorts, which immediately catches the eye of the Sharks. They introduce themselves as Brandon, Steven, and Bruno, and they are seeking an investment of $200,000 in exchange for 8% of their company. They live just steps away from some of the most beautiful beaches in San Diego, they begin. It was there that they realized that it was time for a long-awaited change to the standard towel. Towels, since their inception, are inherently plain. Unimaginative. To punctuate this, they turn to the television on the set which flashes images of the Sharks’ heads Photoshopped over lean and fit models. All of them love it. And, worse yet, the trio continues, not so wonderful – the image turns to a flabby, sunburned man topped off with a Photoshopped head of Kevin. He cries out, “What are you thinking!?”

Kevin then jokes that there’s a chance in hell they’ll get $200 grand from him, and even the set workers can be heard laughing. The trio regains focus, and continue their narration – they knew that it was time to introduce some new options for a new generation. The Sharks eek out the last little bit of giggles before the trio introduces their Sand Cloud. The Sand Cloud is a unique beach towel with vibrant patterns that will ensure that you turn heads wherever you go. All of the towels are handcrafted from the finest Turkish cotton, making them both lightweight and multi-functional.

They make perfect gifts and can be used as a decoration, like a tapestry, at the beach, or even as a stylish scarf in the winter. Literally, the possibilities are endless. But most importantly, the towels connect people to a bigger purpose. With every Sand Cloud purchased, they donate to preserve oceans and marine life. They actually want to show a video of their charity partners releasing sea lions back into the ocean after rescuing them earlier this year. The Sharks all love this just as much as the doctored images. The trio of Sand Cloud is not just looking for money today, they’re looking for a mentor to help guide them to the next level. So, which Shark wants to wrap up in a Sand Cloud and help them make a difference?

Samples are distributed by Bruno to each of the Sharks. All of the Sharks unfold their Sand Clouds, and Robert points out that it is very thin. He doesn’t think that it would make a good towel after he got out of the water. Brandon explains that each of them is all handmade in Turkey from fine Turkish cotton, all in villages with families. It’s really good quality, which is why they charge $47 for it. Still, it feels like a wrap rather than a towel. Mark then explained that when he started his own company, the first thing he did with his first commission check was to buy nice thick, fluffy towels. They feel so luxurious.

Bruno explains that when they first started their company, the first thing they wanted to do was go to the thicker and more luxurious towels. However, they tested the market selling one by one by two, and at the beach, they found out that people wanted something different and easier to carry in their backpack. This is more of a beach product rather than a product for your home. Daymond agrees with Robert, as it feels more like a wrap and like a sarong. The great thing about the Sand Cloud is because of the lightweight material is that it doubles as a sarong. People tend to hang it up as a tapestry. 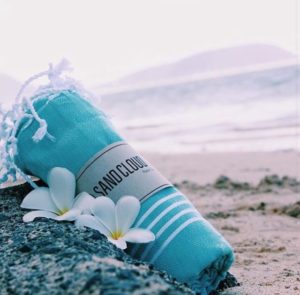 Kevin asks how much the Sand Cloud he has is, which is $47. The cost to make each item is $10, so they have an 80% margin. Kevin cannot believe people will pay $50, but in reality, it’s all about the lifestyle and giving back. Bruno explains that they see themselves as the next NEXCOMs of the sea because millennials need a social cause to get behind in order to support you. Lori explains that everybody now has a cause, and even Mark agrees. When they receive businesses founded by millennials in the Shark Tank, probably 50% of them come in with a cause.

However, between the three friends, they own 100% of the company. They have been in business for two and a half years now. Their first year in business, they did $30,000 in sales. Year two, they did $430,000, and this year, they have done $1.6 million to date. They are currently on track to hit $3 million. Kevin asks what they will make on the $3 million, which will come to $800,000. Even though their margins are 80%, they invest a ton of money back into the brand.

Lori then says that the main focus of Sand Cloud is a beach towel, and she looks it as not a beach towel but more as a wrap and a scarf. So, Lori does not feel that she would be the right partner because they have different thoughts on what the product should be. She is the first Shark out of the deal. Daymond asks what the $200,000 is for, and Steven explains that they need help to rebuild the website and optimizing. Mark asks for details, and Steven explains that they are the ones who do it – they will go and find the knowledge needed to perform the task. They also tend to do marketing campaigns on Facebook and spend all their budget in a short period of time, like a month or a month and a half.

During the summer, they spent $250,000 on Facebook advertising for less than 90 days. That breaks down to about $2,500 per day, which resulted in $1 million in sales and a quarter million dollars in profit. They are doing 3 or 4 times their advertising budget, which should generate a lot of money. Sand Cloud has no debt, and they currently have $300,000 in the bank. They have $160,000 in inventory that they built, but Mark then says that he intends to make an offer. However, the business needs to be worthwhile for him and worthwhile for them. Mark offers $400,000 in exchange for 25%. This makes all of them equal partners in the business. 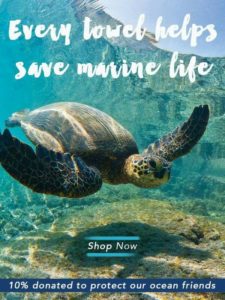 Since there are three of them and they own 100%, the equity is already split three ways. They want to have some skin in the game, so they think that 25% is a little more than they want to give away. They would like to hear what the other Sharks have to offer, but Mark then exits the deal. Daymond offers a similar proposal, going for $300,000 for 25%. Mark then says this is less good, and Daymond agrees. They propose a counter-offer of $200,000 for 10% of the company. Daymond points out that they asked for $200,000 for 8%. They are nowhere in the same universe, so Daymond is the third Shark out.

Kevin starts by saying that he is impressed with their cash flow, then asks if they pay themselves. They’re funding their inventory as they go and spend it on Facebook, so he offers $200,000 for 15% of the company, but he must participate in distributions. They need to start paying themselves. Kevin would be the smallest partner, but this will still take him three and a half years to get his money back. That’s not great, and that’s the problem. Robert proposes the same offer, but he does not believe it is a sweater. He made a similar investment in ugly Christmas sweaters and they’re doing exactly what Sand Cloud is doing. They were doing $600,000 in sales and just did $17 million in sales last year.

Sand Cloud has expanded both their brand and their inventory. They still offer tons of towels available, which still start at $47 (at the time of writing this article, several items were discounted down to $41.36 – a discount of around 15% or so). In addition, they have a clothing line as well. With all of the new items, Sand Cloud still donates 10% back. They have also introduced a line of blankets, which use colorful patterns from around the world. The new blankets start at around $90, although they have outrageous reviews – all of the blankets are rated out of five stars. They also have hats, backpacks, stickers, pins, leggings, and a lot more.

The quality of Sand Cloud seems to be one of the biggest factors for the business’s success. On Facebook, across more than 400 different reviews, they have a staggering 4.8-star rating. This is almost unheard of. In more tangible and relatable terms, this means that 96 out of 100 people will be totally satisfied with their purchase. It goes to show that with a good product and a great mission, you really can reach for the stars.