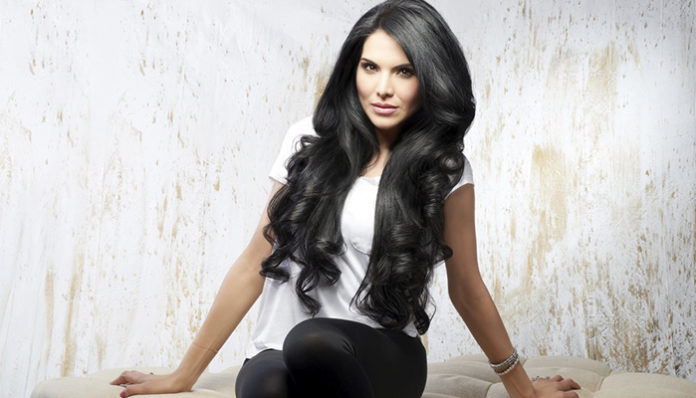 A Puerto Rican actress, Joyce Giraud recently rose to prominence on Bravo’s The Real Housewives of Beverly Hills. A former beauty queen, she worked as a model for many years, prior to falling for acting in her early twenties. Not long afterward, she landed her first lead role in Vicente Castro’s Coralito Tiene Dos Maridos, a remake of a 1976 film. The following year, her list of credits grew to include the television series, Baywatch (2000), The Bold and the Beautiful (2000). Later in 2002, she served as a co-host for the first time on the show, Viva TV.

A string of series soon followed including, The Suite Life of Zack and Cody (2005), Heist (2006), and Slayer (2006). Then in 2007, she was cast as a recurring character in Tyler Perry’s sitcom, House of Payne; a role that she ultimately played on-and-off for the next five years. Eventually getting involved with reality TV, a big opportunity came her way in the form of Bravo’s The Real Housewives of Beverly Hills in 2013. Cast as one of the main ‘housewives’, she ultimately went on to star in season four of the show. Unfortunately, her stay was short-lived, as she departed at the end of the season.

Judging by the television series that she’s taken part in over the past couple of years, it’s probably safe to say that she hasn’t given up on acting just yet. In fact, the former beauty queen had just recently played a role in the horror film, Jeepers Creepers 3 (2017). With all that said, how successful is the former Bravo star? How wealthy is she? According to sites such as Bustle, Joyce Giraud de Ohoven currently has an estimated net worth of $10 million. Where did most of this come from? Let’s try to find out.

How did Joyce Giraud de Ohoven Make Her Money & Wealth?

Hailing from Aquas Buenas, Puerto Rico, Joyce Giraud took up modeling in her teens, as a means of paying for college. A former art student at the Interamerican University of Puerto Rico, she eventually went on to work with underprivileged children following her graduation. Somewhere in between, her good looks had also earned her the title at the Miss Universe Puerto Rico beauty pageant.

Ultimately, it was after winning the pageant that she discovered her love for acting. With a bit of luck, she was eventually cast as a lead character in Vicente Castro’s film, Carlito Tiene Dos Maridos (1999), which was a remake of an earlier title. An amazing experience for the aspiring actress, she eventually moved to the U.S. where she appeared in the television series, Baywatch (2000), and The Bold and the Beautiful (2000).

While continuing her modeling career, she continued to act. Over the next few years, she added many credits to her resume including Miss Castaway and the Island Girls (2004), The Suite Life of Zack and Cody (2005), Joey (2005), and Slayer (2006), among others.

In 2007, she landed her first recurring role in Tyler Perry’s sitcom, House of Payne. Her first ‘major’ role on television, she appeared on-and-off in the series for the next five years. Today, it remains to be one of her most prominent portrayals on the small screen.

Despite her long list of acting credits, however, it was something else that’d launched her to stardom. In 2013, Giraud was cast as one of the main housewives in Bravo’s The Real Housewives of Beverly Hills. The sixth installment of one of the network’s most popular franchises, it centered around the lives of a group of socialites living in Beverly Hills, California.

Introduced as a ‘housewife’ in the fourth season, the Puerto Rican model starred alongside many others including Carlton Gebbia (who had also joined that year), Lisa Vanderpump, Kim Richards, and Kyle Richards, among others. Unfortunately, her stay was not long; it was eventually announced that she would be departing from the show at the end of the season. Despite this, however, her short time on the series had already brought her popularity to new heights.

How much was she paid for starring on RHOBH? It’s no secret that some of the show’s top stars are paid six digits, but what about someone like Giraud who was only featured for one season? Unfortunately, details of her contract with the network have never been revealed to the public. With that said, a fair assumption is most likely in the $10,000 to $30,000 range, give or take a little.

Now that we’ve gone over some highlights of her career, let’s revisit our original question; where did Joyce Giraud earn her wealth of $10 million from? Judging from everything that we’ve explored above, most of this probably came from her successful modeling career, which is supplemented by her acting, as well as her various gigs on reality TV.

The former RHOBH star has been married to German film producer and director, Michael Ohoven since 2009.

Does Joyce Giraud de Ohoven Have Any Children?

The Puerto Rican star has two children with her husband, Michael Valentino Mario Arthur (b. 2011) and Leonardo Alexander Michael Mario (b. 2010).

Yes, she did. After graduating high school, she went to the Interamerican University of Puerto Rico, from which she obtained two Bachelor of Arts degree, one in Special Education and another in Social Work.

What is Joyce Giraud de Ohoven Famous For?

Despite her long list of acting credits, Joyce Giraud is perhaps best known for her appearance on Bravo’s reality series, The Real Housewives of Beverly Hills, which she starred in for one season.

Joyce Giraud de Ohoven currently splits her time between the U.S. and Puerto Rico. We do not have any pictures of her house to share at this time.

What Kind of Car Does Joyce Giraud de Ohoven Drive?

At this time, we do not have any information on Joyce Giraud de Ohoven’s vehicle.

We do not have any information on Joyce Giraud de Ohoven’s 2016 earnings at this time.

As mentioned earlier, she recently appeared in the horror film, Jeepers Creepers 3, which came out on October 4, 2017. While she played Officer Lang, one of the supporting characters, the main cast consisted of Jonathan Breck, Meg Foster, Stan Shaw, and Gina Philips, among others. By the end of its theatrical run, it had grossed $2.3 million at the box office.

Outside of acting, she has also made a handful of appearances on various talk shows such as Celebrity Page, Extra, Today, Then and Now with Andy Cohen, as well as Watch What Happens: Live.

What else has she been up to? According to her official IMDb page, the reality star has also been working as a co-producer on the drama thriller, Back Roads, which is currently in the post-production stages.

If you’re looking for a way to stay connected with the star, why not follow her on social media? You can find her on multiple platforms including Twitter at @joycegiraud and Instagram at @jyoce_giraud. While you’re at it, be sure to also drop by her Facebook page at @therealjoycegiraud.