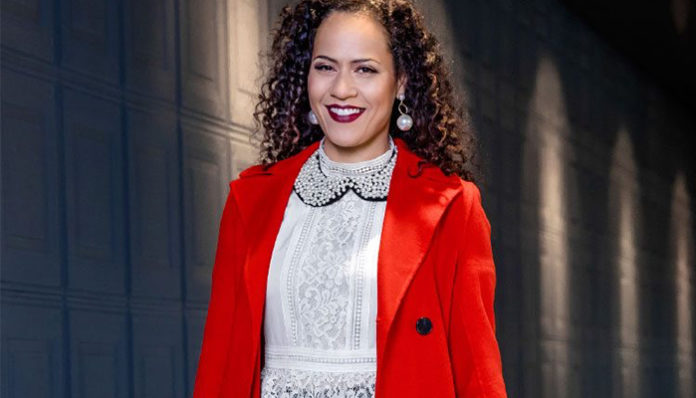 Hailing from Canada, Yolanda Gampp is best known for her Youtube channel, How to Cake It. A self-taught cake artist, she has been posting cake-related videos to the site since 2015. Incredibly popular, her unique content has gained her over 3.4 million subscribers (and counting) to date.

Known for her live-streamed baking workshop, Camp Cake, she has also released a cookbook, How to Cake It in the past, which was met with rave reviews. In fact, her talents had even earned her a spot on Food Network’s culinary show, Sugar Stars a few years back. Speaking of television appearances, Gampp had also been featured in the talk shows, The Chew, and Home & Family. If anything, her popularity has only continued to soar over the past few months.

How is the talented baker doing for herself nowadays? How rewarding is her expertise in cakes? How rich is she? According to sources, Yolanda Gampp currently has a net worth of $250,000. How much of this wealth came from her baking videos? What other ongoing projects does she have? Let’s take a look at some of the answers below.

How did Yolanda Gampp’s Make Her Money & Wealth

Hailing from Canada, Yolanda Gampp has been involved with baking for many years. Unfortunately, not much has been revealed about her early life at this point in time. A former culinary student at George Brown College, she launched her Youtube channel, How to Cake It in 2015. A place for her to showcase her talents, she has since posted numerous baking-related videos, all of which have proved to be extremely popular among viewers.

Since her rise to fame, Gampp has also started to upload other content such as challenges, Q&A’s and more. With that said, her cake-baking tutorials remain to be the most popular. In fact, she currently runs a live-streamed baking workshop on the site called Camp Cake on a regular basis.

As of 2018, the baking enthusiast has gained over 3.4 million subscribers on Youtube, with over 363 million combined views. For those who may be interested in tuning in, she uploads new videos to her page every Tuesday. To date, her most-popular video, How to Make a Watermelon Out of Pink Velvet Cake has generated over 11.2 million hits. Some of her other top uploads include How to Make a Giant Cheeseburger & Fries, How to Make a Rainbow Dash My Little Pony, and How to Make a Mint Chocolate Ice Cream Cone.

With the views that she pulls in, how much does she make from Youtube? According to sources, her channel earns her upwards of $720 a day (~$260,000 a year) from ad revenue. In addition to her videos, she also generates income from various merchandise, including a cookbook that she released, How To Cake It, which was made available in stores in October 2017.

Assuming that her following continues to grow with time, it’s more likely than not that her online income will continue to increase. For all we know, with her skill set, she may even land her own TV show one day.

Yes, she has been married to her husband, David Gampp for many years.

Does Yolanda Gampp Have Any Children?

Yes, she has a two-year-old son named Prince Gampp with her husband.

Did Yolanda Gampp Go to College?

Yes, she did. After the completion of high school, she enrolled in George Brown’s Culinary Arts Program in Toronto, Canada, which further cemented her passion for cake-making.

What is Yolanda Gampp Famous For?

Yolanda Gampp is best known for her baking-themed Youtube channel, Let’s Cake It. Known for her cake-making tutorials, she has amassed over 3.4 million subscribers on the site to date.

Yolanda Gampp currently resides in Toronto, Canada, with her husband and two-year-old son. Further information on her location is unavailable at this time.

What Kind of Car Does Yolanda Gampp Drive?

Information on Yolanda Gampp’s vehicle is unavailable at this time.

How Much Money Did Yolanda Gampp Earn Last Year?

At this time, we do not have any information on Yolanda Gampp’s 2017 earnings.

As mentioned earlier, Yolanda recently released her first cookbook, How to Cake It, last fall. So far, it has received nothing but rave reviews from fans.