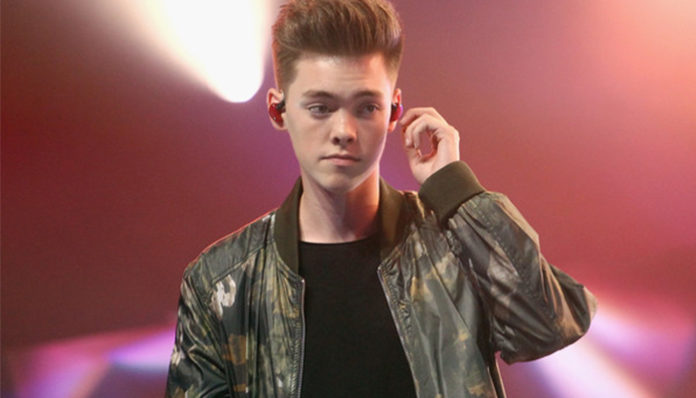 An aspiring singer, Zach Herron rose to fame after a video of him performing Shawn Mendes’ Stitches went viral online. Since then, significant strides have been made in his music career; for instance, he had helped form the boy band, Why Don’t We in 2016. On top of that, he has also released two singles, Timelapse, and Why.

Like most teen celebrities, he also has a substantial presence on social media. On Youtube alone, the 16-year-old currently has over 200,000 subscribers. In addition to that, he’s also made himself known on Twitter, Instagram, and Facebook. If anything, his popularity is still on the rise, as we speak.

Nowadays, it’s not uncommon for teens to be able to rake in some decent earnings from social media- especially if they have an established fan base. With that said, how successful is Zach? How much has he made over the years? From what we can gather, his net worth is currently around the $500,000 mark. Where did most of this come from? How much of it came from his Youtube videos? His band? Let’s take a more detailed look below.

How did Zach Herron Make His Money & Wealth?

Born on May 27, 2001, Zach Herron currently lives with his parents and two younger siblings, Reese and Ryan, in Dallas, Texas. Growing up, he has always been fond of music- especially singing. A member of the school choir, he once had the honor of being selected for Septien Entertainment’s Master Select Program in the past.

As it happened, he rose to fame in early 2016 after a video of him performing Stitches by Shawn Mendes went viral online; within just a week, it had racked up over 10 million views on Youtube.

Not long afterward, the aspiring singer released his debut single, Timelapse in January 2016. A few months later, he followed up with a second track titled, Why. For those who are interested, both titles are currently available in the iTunes store.

That fall, Zach also joined the band, Why Don’t We, which is comprised of four other social media stars. The group’s first single, Taking You was released in October 2016. Since then, they’ve dropped several other projects including the EP, Why Don’t We Just, which peaked at the top of the U.S. Heatseekers Chart.

Hugely popular, the crew have put on numerous performances since their debut in 2016. In fact, they have a concert tour planned in a month- one that will kick off in Cincinnati, Ohio, in late February.

Aside from his contributions to the group (which would undoubtedly yield him some degree of earnings), he also has a Youtube channel, which he created back in 2015. Since then, the teen has amassed over 200,000 subscribers, with more than 5.1 million views. With those kinds of numbers, it wouldn’t be surprising at all if he’s been capitalizing on his videos.

How much has he earned from his Youtube channel so far? Assuming that he receives at least $2 per 1,000 ad views and that 40% of his 5.1 million of his views are monetized, he would have already made $4,000 from his videos. With time, however, this amount is likely to increase as his subscriber count continues to grow.

No, at sixteen, Zach Herron is a bit young to be married.

Does Zach Herron Have Any Children?

Did Zach Herron Go to College?

Still, in his mid-teens, Zach is still in high school. At this time, it’s unknown whether or not he will be pursuing further education after receiving his diploma in a few years.

What is Zach Herron Famous For?

Zach Herron is perhaps best known as a member of the popular boy band, Why Don’t We, which he helped to form back in 2016.

Zach Herron currently resides in Dallas, Texas, with his parents and two younger siblings. Further information is unavailable at this time.

What Kind of Car Does Zach Herron’s Drive?

Information on Zach Herron’s vehicle is unavailable at this time.

How Much Money Did Zach Herron Earn Last Year?

Last November, Zach and his band released their fifth extended play, A Why Don’t We Christmas. Prior to that, they had also dropped Why Don’t We Just, which reached number one on the U.S. Heatseekers Chart.

If you’re a fan of Why Don’t We, you can also visit their official Facebook page here.