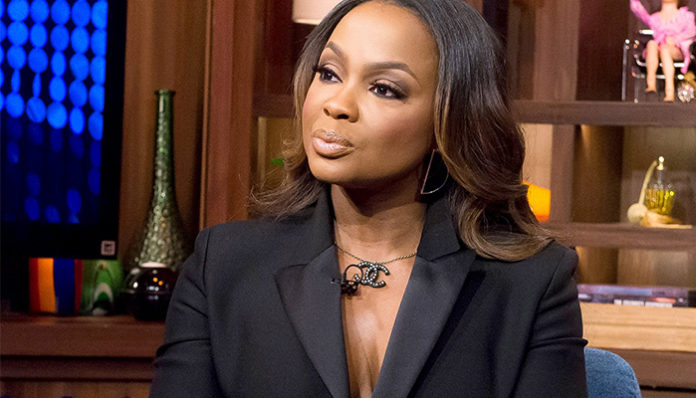 A reality star, Phaedra Parks rose to fame as one of the main cast members on Bravo’s The Real Housewives of Atlanta. An accomplished lawyer, she currently serves as the Manager Partner of The Parks Group, a national law firm that represents a wide range of clients across the United States; in fact, she has worked with many celebrities including R&B singer, Bobby Brown. In the past, her work had even landed her on the cover of the magazine, Super Lawyers.

Despite her successful career, it wasn’t until she joined the cast of Bravo show in 2010, that she rose to prominence. Introduced in the third season, she starred alongside fellow housewives, Kandi Burruss, NeNe Leakes, Cynthia Bailey, and Sheree Whitfield. Responsible for turning her into a reality star, she went on to star on the show for six seasons- until the end of season nine in 2016. With that said, however, some tabloids have hinted at her return, though nothing has been set in stone as of yet. Regardless, it was RHOA that had rocketed her towards television stardom.

Since her rise to fame, Parks has also made it onto other shows such as Dish Nation, Bethenny, The Ellen Degeneres Show, and The Real, to name a few. Aside from her law and television career, however, it’s probably important to point out that she also has a few other things going for her such as her the books that she’s authored over the past years. With everything that she has under her belt, how successful is she? How much has the reality star banked over the past years? According to various sources, Phaedra Parks currently has an estimated net worth of $2 million. While we’re here, let’s take a closer look at her career so far.

How did Phaedra Parks Make Her Money & Wealth?

Born in Athens, Georgia, Phaedra Parks is the daughter of Regina Bell and Pastor Henry Parks. Growing up in the city, she went to Clarke Central High School, from which she graduated in the early 90’s. Unfortunately, not much else is known about her early life. Following her high school graduation, she enrolled at the London School of Economics and at the Wesleyan University in Middletown, Connecticut. Later on, she received a Juris Doctorate from the University of Georgia.

With her law degree, Parks quickly worked to build herself a name in the industry. Gaining experience over the years, she eventually launched The Parks Group, P.C., a national boutique law firm that is based in Atlanta, Georgia. Serving as its Managing Partner, she represents a large number of clients every year from athletes to well-known entertainers- in fact, she has defended many celebrities in court in the past, including rapper Bobby Brown!

With her talent and expertise, there’s no question that her career in law is a lucrative one. Having said that, it’d be hard to determine how much exactly she earns from said position per year. For now, let’s just assume that it’s a decent figure.

Then in 2010, her career took a different turn; she was cast as one of the main housewives on Bravo. A reality series (the third installment of the franchise, in fact), it centered around the lives of several women in the Atlanta, Georgia area. Introduced in the third season, Parks co-stars at the time included Cynthia Bailey, NeNe Leakes, Kandi Burruss, and Sheree Whitfield, among a few others.

A popular series, she quickly rose to fame on the show. For the next few years, the lawyer’s personal and professional life was chronicled in RHOA– from her work to her relationships. In total, she was featured for six seasons, from season three to season nine. As disappointing as it was for fans, she eventually departed from the series in 2016.

How much did she yield from RHOA over the years? Though the specifics have not been revealed, it’s rumored that she earned upwards of $1.3 million for season nine (and probably a little less for the previous seasons).

Aside from her career in law and television, Parks is also an author. More specifically, she is the author of the bestselling book, which provides readers with various advice and insight on life.

But that’s not all, believe it or not, the reality star is also a licensed funeral director! The last that we heard, she was in the middle of opening a funeral home in her native Atlanta.

Up until earlier this year, the reality star was married to a fitness trainer, Apollo Nida. Despite having separated three years ago, they only just reached a divorce settlement in 2017 (to make matters even more complicated, a judge had once nullified the divorce judgment).

Currently, her ex-husband is serving an eight-year sentence at Fort Dix Correctional Facility.

Does Phaedra Parks Have Any Children?

Phaedra Parks has two children with her ex-husband, Ayden and Dylan Nida. Due to the fact that her ex is still in prison, she is currently raising her sons as a single mom.

Did Phaedra Parks Go to College?

Yes, she did. After completing high school, she attended the London School of Economics as well as Wesleyan University. From there, she eventually received a Juris Doctorate from the University of Georgia.

What is Phaedra Parks Famous For?

Phaedra Parks is best known for being one of the housewives of Bravo’s The Real Housewives of Atlanta. Aside from that, she’s also recognized for her work with various celebrities as a lawyer. Still, much of her fame has stemmed from the reality series.

The reality star currently resides with her two sons in Buckhead, one of the most prestigious communities in Atlanta, according to her BravoTV bio.

No pictures of her house are available at this time.

What Kind of Car Does Phaedra Parks Drive?

At this time, we do not have any information on Phaedra Parks’ vehicle.

How Much Money Did Phaedra Parks Make Last Year?

According to sources, it’s said that she had made upwards of $1.3 million from season nine.

As mentioned earlier, she recently starred on the Bravo reality series up until season nine, which concluded in May 2017. Though she left soon afterward, there have been rumors of a possible return sometime in the future.

Aside from the Bravo series, Parks has been featured in one other show this year, the competition series, Big Star Little Star, in which she participated as a contestant.

As far as we can tell, she has been busy running her law firm ever since her departure from RHOA. If you’d like to stay connected with the star, you’ll be happy to know that you can find her on social media- she’s active both on Instagram (@PhaedraParks) and on Twitter (@PhaedraParks). While you’re at it, you may also visit her official Facebook page at @phaedrafans, where she’s already got herself over 1.3 million likes!