What Happened to Yolanda Hadid? – 2018 Update 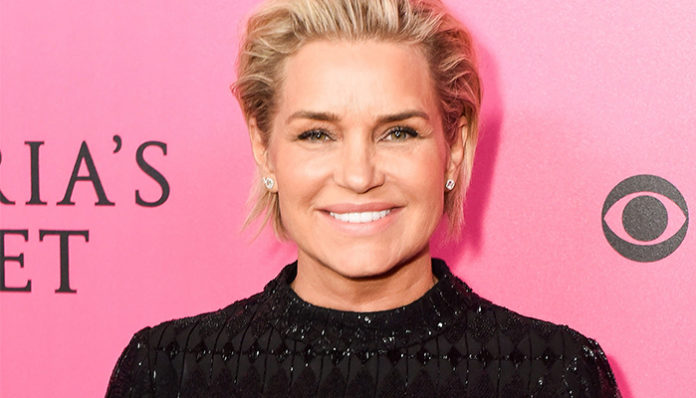 A television personality, Yolanda Hadid rose to prominence as a star on Bravo’s The Real Housewives of Beverly Hills. Originally from the Netherlands, she pursued a successful modeling career in some of the world’s top cities for many years, prior to moving to Los Angeles in the early 90’s. Settling down in the city, she started a family with her husband Mohamed Hadid, whom she had married in 1994. For the next several years, the blonde seemed to stay out of the radar- and understandably so as she had three young children to take care of.

Ultimately, it wasn’t until 2011 that Hadid returned to the show business. That year, she appeared several times on the Dutch television series, Nederlandse Hollywood Vrouwen. From there, she found herself cast as one of the main stars on Bravo’s The Real Housewives of Beverly Hills. Introduced in the third season, she starred alongside Lisa Vanderpump, Kyle Richards, Kim Richards, and Carlton Gebbia, among a few others. Featured on the show for the next four years, she was effectively propelled into stardom. Today, RHOBH remains to be her best-remembered series on television (she’d left at the end of season six).

Unsurprisingly, she went on to appear in several other TV programs such as Vanderpump Rules, and The Doctors. At one point, she even made a cameo in the sister show, The Real Housewives of New York City in 2014! With all that said, what has the reality star been up to in the past couple of years? Has she starred in any other television series since RHOBH? What has been keeping her busy recently? What happened to Yolanda Hadid? Where is she now in 2018?

Born on January 11, 1964, in the Netherlands, Yolanda Hadid was raised in the small farmer’s town of Papendrecht, where she loved to spend time with animals such as cows and horses. With that said, her childhood was less than idyllic. Following her father’s death at the age of seven, she found herself needing to provide for her brother and mother. To support the family, she worked her first job at the age of thirteen, as a dishwasher at a local Chinese Restaurant.

As it happened, the blonde was eventually scouted by a world-famous agent at the age of sixteen. Jumping at the opportunity, she soon left Holland to pursue a modeling career, which led her to work in several of the world’s top cities including Sydney, Tokyo, Hamburg, Paris, New York City, and Milon. Something that she was incredibly good at, Hadid went on to work as a model for 15 years, prior to moving to Los Angeles in 1994, shortly after her marriage to then-husband, Mohamed Hadid. For the next decade, she would stay out of the spotlight to take care of her growing family, which included three children, Bella, Gigi, and Anwar.

Eventually returning to the showbiz in the early 2010’s, she appeared in the Dutch programming, Nederlandse Hollywood Vrouwen in 2011. From there, she would go on to land her biggest role to date in Bravo’s popular reality series, The Real Housewives of Beverly Hills.

Premiered on October 14, 2010, the series been on the air for two years, prior to the addition of Hadid in 2012. Introduced in season three, she starred alongside other housewives including Kyle Richards, Lisa Vanderpump, and Brandi Glanville, to name a few. One of the most popular installments of the franchise, the third-season premiere managed to draw in 2.35 million viewers, during the middle of its run.

Responsible for her rise to fame, The Real Housewives of Beverly Hills followed Hadid’s life for three years, up until her departure from the show in 2015. As far as we know, she has not returned to the series since. Despite that, her time on RHOBH had already garnered her a significant fanbase.

While she may have left the reality series, however, she remains involved in television. For instance, she has made several guest appearances over the past years in shows such as Entertainment Tonight, Daily Pop, Access Hollywood Live, The Dr. Oz Show, and The Doctors.

Prior to her departure from RHOBH, she had also made a brief cameo in Lady Gaga’s music video, G.U.Y. in 2014.

From there, she married musician and composer, David Foster in 2011; they had gotten engaged a year premiere on Christmas Eve. Ultimately not meant to be, it was announced that they had gotten divorced in the fall of 2017. Following the legal proceedings, she reverted her surname back to Hadid.

In 2012, the reality star was diagnosed with Lyme Disease, an infectious disease typically spread by ticks. Mentioned in a few episodes of The Real Housewives of Beverly Hills, she allegedly received a port implant in her arm to help treat the condition in December 2012; it was later removed in April 2013. Despite the treatment, she is said to have lost her ability to write and read as a consequence of the illness.

Plagued by symptoms such as insomnia, anxiety, exhaustion and joint paint, the condition had ultimately been one of the reasons why she and her husband had gotten a divorce earlier this year. According to reports, her excruciating fatigue had become so severe that “all the things that [they] used to love doing” became impossible. Despite her best efforts, the two were unable to maintain their former lifestyle, which led them to drift apart over time.

Earlier this year, she published a memoir in which she talks about her recent struggles.

What is Yolanda Hadid Doing Now in 2018 – Recent Updates

Since her departure from The Real Housewives of Beverly Hills, Hadid has stayed involved with television in other shows such as Good Morning America, Daily Pop, Access Hollywood Live, and Entertainment Tonight.

Earlier this year, she even participated as a guest judge on the fashion design reality series, Project Runway. As far as upcoming ventures go, it has been announced that the reality star will be hosting the talk show, Model Moms.

If you’d like to stay in touch with the television personality, why not follow her on social media? You can find Yolanda Hadid active on a few platforms including Twitter at @YolandaHFoster and Instagram on @yolanda.hadid. In addition to that, you can also drop by her official Facebook page at @YolandaHFoster, where she’s already got herself hundreds of thousands of fans.