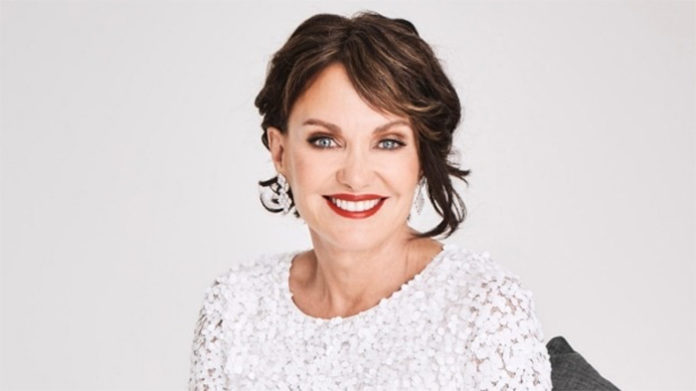 A television presenter, Louise Wallace has been working in broadcasting for over three decades. Hailing from New Zealand, she is perhaps best known for her appearances in 20/20 and 60 Minutes. Some of the networks that she’s worked with in the past include ABC, Nine Network, Network Ten, and TV3. Recognized for her work, she has won several accolades throughout her career including two Quantas Media Awards, and the Steinlager Prize.

By the late 90’s, Wallace eventually began to transition into acting. With a little bit of luck, she landed a recurring role in the crime drama, Street Legal in 2001, not long after leaving TV3. From there, she made a couple of appearances in Atomic Twister (2002), and Secret Agent Men (2002), before being cast as a newscaster in Power Rangers Ninja Storm in 2003. Since then, she has been featured in several additional titles including the feature film, Boogeyman (2005).

Many years later in 2016, the New Zealand native found herself cast in the reality series, The Real Housewives of Auckland. An international installment of the Bravo franchise, it featured the lives of several ‘housewives’, one of which included Wallace. Premiered on August 22, 2016, the first season also starred Gilda Kirkpatrick, Anne Batley-Burton, and Michelle Blanchard, among a few others. Responsible for her rise to fame on reality television, it brought Wallace much attention on the small screen during its 10-episode run.

With all the credits that she has to her name, surely she’s doing fairly well for herself? How wealthy is the former TV presenter? According to sources, Louise Wallace currently has an estimated net worth of $12 million. With such a figure, it’s hard not to wonder- where did she earn most of this money from? How much was she paid for starring on The Real Housewives of Auckland? Below, we’ll be trying our best to answer these questions, so hang on tight.

How did Louise Wallace Make Her Money & Wealth?

Born on December 21, 1959, in Auckland, New Zealand, Louise Wallace went to St. Cutherberg’s College and studied drama, after graduating from high school in the late 70’s. Ultimately, it was there, in a lecture theatre, that she met her future husband, Scott. Befriending each other, he eventually landed her a job working as a gardener for his sister.

Years later, Wallace moved to Australia where she began to work as a TV presenter for networks such as ABC, Network Ten, and Nine Network. After accumulating some experience, she returned to her native New Zealand in 1989, where she landed a position with TV3, the country’s first private-commercial channel. During her time there, she presented a number of popular shows including 20/20, Nightline and 60 Minutes. At one point, she also worked on their flagship news show, 3 News.

Wanting a change of scenery, she eventually left TV3 in 1998. From there, Wallace decided to delve into acting. As fate would have it, it didn’t take long for her to land her first recurring role in the crime drama, Street Legal (2001). A string of series soon followed over the next few years including Spin Doctors (2001), Atomic Twister (2002), and Power Rangers Ninja Storm (2003). Slowly but surely, she was carving an identity for herself in the entertainment industry.

Continuing with her acting career, Wallace eventually made her big screen debut in the horror film, Boogeyman in 2005. Later on, she also made appearances in the series, Amazing Extraordinary Friends (2007), Legend of the Seeker (2009), Ice (2011), and Agent Anna (2013). Most recently, she made a brief cameo in the crime drama, The Brokenwood Mysteries (2017).

While her acting career would have yielded her some amount of earnings, it was ultimately her appearance on reality TV that brought her to the spotlight. In the summer of 2016, it was revealed that Wallace would be featured in Bravo’s newest series, an international installment of the popular housewive franchise.

Premiered on August 22, 2016, the show followed a number of ‘housewives’ including Angela Stone, Julia Stone, Gilda Kirkpatrick, Michelle, Blanchard, and of course, Wallace herself. For the next few months, many aspects of her life were featured in the series; with that, her notoriety increased.

Following a 10-episode run, the Bravo series concluded on October 18, 2016. Though there have been rumors of there being a second season, nothing concrete has been solidified as of yet. Regardless, the Bravo series had played a significant role in garnering her attention in the media.

How much was she paid for her appearances on RHOA? According to sources, each of the main housewives received $15,000 NZ (approximately $10,500) for the season, as part of the contract.

Since her rise to fame on the Bravo series, Wallace has also served as a guest host on The Project, a New Zealand-based news program several times. At one point earlier this year, she was also a panelist on The AM Show.

Summing everything up, it’s clear that Louise Wallace has more than one source of income. Aside from what she pocketed from being a housewife she also gets paid regularly for her other television appearances, not to mention the various TV series and movies that she appears in.

Louise Wallace has been married to her husband, Scott Wallace for over 17 years. Allegedly, the two had started to date after meeting in college (she had sat behind him in the lecture theatre).

Does Louise Wallace Have Any Children?

Did Louise Wallace Go to College?

Louise Wallace went to St. Cutherberg’s College in Auckland, New Zealand. As mentioned above, it was there that she met her future husband, Scott Wallace.

What is Louise Wallace Famous For?

Louise Wallace is best known for her appearances on The Real Housewives of Auckland. Since her rise to fame, she has been featured in several additional shows such as The Apprentice, Agent Anna, and Shortland Street, to name a few.

The reality star currently lives in her childhood home in Orakei with her husband and two adult sons. Previously, the family had lived in Remuera.

We do not have any pictures of Louise Wallace’s house to share at this time.

What Kind of Vehicle Does Louise Wallace Drive?

We do not have any information on Louise Wallace’s vehicle at this time.

How Much Money Did Louise Wallace Earn Last Year?

Up until last fall, Wallace starred on The Real Housewives of Auckland. As of 2017, Bravo has not made any statement on whether or not the series has been renewed or canceled (despite the fact that the show’s producers stated that ‘a season 2 is likely’ previously.

What has she been up to since then? Looking at her credits on IMDb, she recently appeared on the shows, The AM Show and The Project, the latter of which saw her as a guest host. In terms of acting, she has also made an appearance in the TV series, The Brokenwood Mysteries.

Want to stay in touch with the reality star? You can find Louise Wallace on Instagram at @louisewallacenz. For now, it doesn’t look like she’s active on Twitter- we’ll keep you posted.