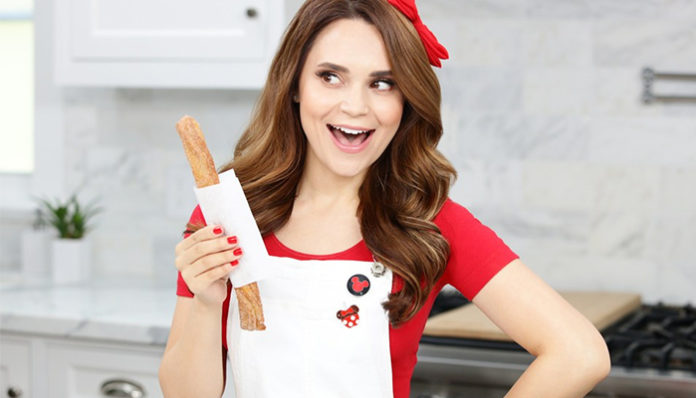 A Youtube personality, Rosanna Pansino is best known for her cooking series, Nerdy Nummies. Inspired to cook by her grandmother as a young child, she originally launched her baking channel after receiving encouragement from a few friends in 2010. While she initially used it as a means of getting more comfortable in front of the camera, she quickly gained momentum on the site, which led her to gain a significant amount of followers.

Today, she is best known for her Youtube baking show, Nerdy Nummies, in which she teaches viewers how to make various nerdy-themed baked goods. Incredibly popular, the series has seen a number of popular guests throughout its run including Michelle Phan, Smosh, Markiplier, and Grace Helbig, to name a few. For two years in a row, the show had yielded her a Streamy Award nomination for Show of the Year.

How wealthy is the popular baker? According to sources, Rosanna Pansino currently has an estimated net worth of $9 million. How much of this amount came directly from her Youtube videos? What other projects does she have? We’ll be answering some of these questions below.

How did Rosana Pansino Make Her Money & Wealth?

Born on June 8, 1985, in Seattle, Washington, Rosanna Pansino initially aspired to become an actress. Prior to her rise to fame on Youtube, she appeared in a few small roles in CSI: Crime Scene Investigation, and Parks and Recreation. In 2008, she was also a finalist on the second season of Scream Queens.

As it happened, she was eventually encouraged to start a Youtube channel by a few of her friends in 2010. Opting for a cooking-themed account, she later launched her channel on April 7, 2010. Though she initially made videos as a means of getting more comfortable in front of a camera, her baking tutorials soon garnered her a considerable fan base on the site.

Today, she has over 9.3 million viewers on the site, with over 2.2 billion views across her channel. While Pansino has uploaded a variety of videos to her page, she is perhaps best known for her Youtube show, Nerdy Nummies, in which she teaches viewers how to make various nerdy-themed goods. Responsible for her rise to fame, the series has seen numerous guest stars in the past including Jordan Maron, iJustine, Dan Howell, and Smosh, to name a few.

How much does the talented baker make from her Youtube channel? According to sources, her videos easily generate over $1,000 daily, from ad revenue. Considering this, it’s not surprising to know that she makes six figures (~$400,000 a year).

In 2015, she released her first cookbook, The Nerdy Nummies Cookbook, which is based on some of the items seen on the show. Incredibly successfully, the book eventually made it onto the New York Times bestseller list.

Speaking of other endeavors, she also came out with her own collection of baking supplies in August 2017, which proved to be popular among fans.

Rosanna Pansino is currently in a relationship with Mike Lamond, a fellow Youtuber who is known for his online hiatus, Husky.

In the past, she had also dated Josh Susan.

Does Rosanna Pansino Have Any Children?

Rosanna Pansino does not have any children.

Did Rosanna Pansino Go to College?

Yes, she did. After completing her secondary education, Pansino went to Pacific Lutheran University in Tacoma, Washington.

What is Rosanna Pansino Famous For?

Rosanna Pansino is best known for her Youtube cooking show, Nerdy Nummies. Incredibly popular, it has garnered her well over 9 million subscribers on the site. For two years in a row in 2014 and 2015, the show had earned her a Streamy Award nomination.

Rosanna Pansino currently resides in Los Angeles, California. At this time, we do not have any other information on her location.

What Kind of Car Does Rosanna Pansino Drive?

We do not have any information on Rosanna Pansino’s car.

How Much Money Did Rosanna Pansino Earn Last Year?

At this time, we do not have any information on Rosanna Pansino’s 2017 earnings.

For the most parts, Pansino had been busy with Nerdy Nummies in 2017. Looking at her IMDb page, she last appeared in a television series in 2016 in the shows, Emo Dad, and Bizaardvark.