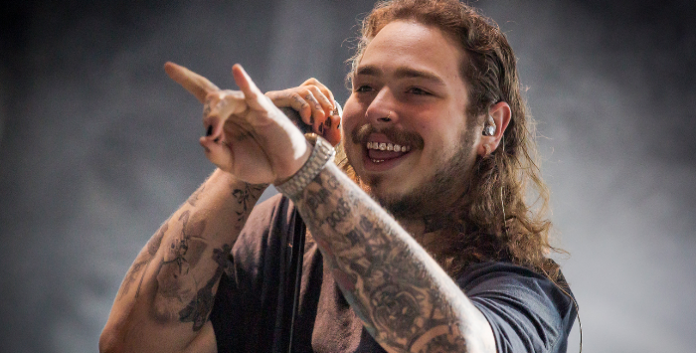 Austin Richard Post, well known by the name Post Malone, is a popular singer, songwriter, and rapper. He first got recognized after he debuted with ‘White Iverson’ in February of 2015. Just a few short months after that, he released his most popular single, Rockstar ft. 21 Savage, which topped the US Billboard Hot 100 list. His debut album Stoney was released in 2016, with his second one coming in 2018. The new album will appropriately be called Beerbongs and Bentleys.

Austin was born in New York in 1995 and was interested in music since he was a child. Back in high school, he was voted as the most likely person to become famous by his classmates. And suffice to say, that prediction became the truth. He chose his stage name when he was 14-15 years old, using an online rap name generator. His debut, White Iverson was written and recorded in two days and uploaded to SoundCloud right away. Since its release, the song’s official music video has over 400 million views on Twitter.

Other than music, Post is known for his political statements and his controversial comments on the current state of hip-hop. Austin has, of course, appeared on several large media outlets such as Jimmy Kimmel Live!, Hot Ones, Late Night with Seth Meyers and Ridiculousness.

If you are looking to follow one of the most interesting superstars of today on Snapchat or social media, look no further. Below you can find everything you need to stay everything to stay up to date with Post. 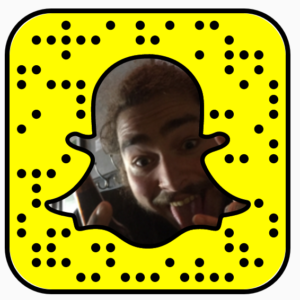 As you could expect, Malone’s Snapchat username is simply @postmalone. You can add him on Snapchat by clicking on his username above, or by scanning the amazing looking snapcode.