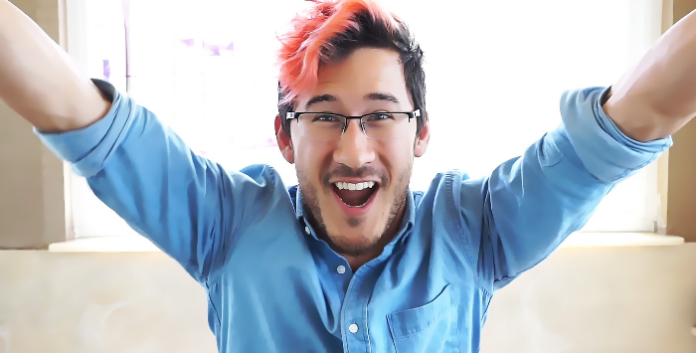 Mark Fischbach, known by his online username Markiplier, is one of the most well-known YouTubers of all time. Markiplier is best known for his gaming videos called Let’s Plays, usually including horror games such as Amnesia, FNAF or Slender. Other than making Let’s Plays, Mark is also known for his comedy sketches and vlogs.

The 28-year-old, born in Hawaii, first joined YouTube in 2012 where he crafted the username Markiplier. His first ever video series was his playthrough of Amnesia: The Dark Descent, which would establish his style from early on. By 2014, as it is the case with many popular YouTubers, Mark moved to Los Angeles. This move is usually made because LA makes it easier to collab with other content creators, as well as gives Youtubers access to the YouTube Space.

The channel reached 10 million subscribers in 2015, and by 2016 it expanded to comedy sketches and other non-gaming content. Currently, Markiplier is the world’s 32nd most subscribed channel, with over 19 million of them watching Mark’s videos. It’s no wonder that Markiplier is a very wealthy man, right?

As it is often the case, his followings aren’t restricted to just YouTube. If you’re looking to follow Mark Fischbach on Snapchat or other social media, we have just the thing for you. Here’s a look at Markiplier’s Snapchat and other social media accounts that you can find him on: 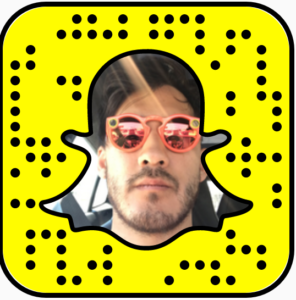 You can follow Mark Fischbach’s Snapchat stories by clicking on his username above (or here – @markiplier), or just simply by scanning the Mark Fischbach Snapcode. Try not to get lost in Mark’s fancy glasses that he’s showing off though.

Mark Fischbach Facebook Accounts – Markiplier’s Facebook Page is followed and liked by 3.2 million people. He is very active on all of his social media, including Facebook, so if you’re looking for any updates, make sure to follow him.

Mark Fischbach Twitter Username – You can also find Fischbach on Twitter where he, as usual, uses his handle @markiplier. Currently, he has just over 10 million Twitter followers.