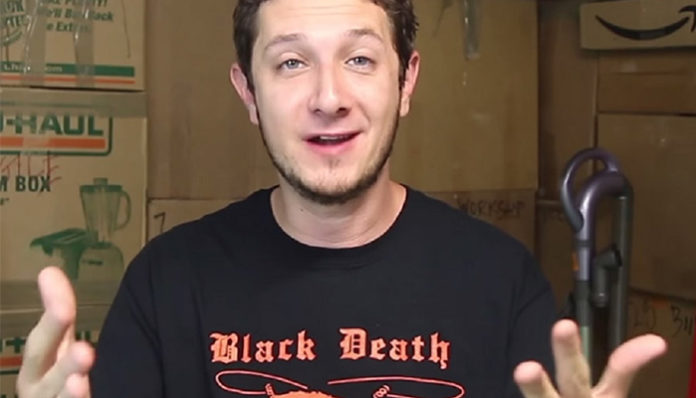 seA web star, Rob Czar is best known for his Youtube channel, ThreadBanger. A former director at Studio71, he is noted for his variety of DIY videos, most of which feature various quirky, yet fun ideas. In fact, his work has garnered him over 3.8 million subscribers to date.

His popularity undeniable, he recently reached the milestone of achieving one billion views. As of 2018, his most popular tutorials include DIY Galaxy Slime, DIY Edible water Bottles, DIY Glass Potato Chips, and DIY Water Blob. Quirky and full of creativity, his ideas have gained him nothing but positive attention over the past few years.

With all that said, how profitable is his channel? It’s no secret that Youtube can be a lucrative opportunity for many- but how has this played out for the Florida-native? How wealthy is he? From what we can gather, Rob Czar’s current net worth is approximately $1.2 million. Where did most of this money come from? How much of it is from his DIY videos? Let’s try to figure this out below.

How did Rob Czar Make His Money & Wealth?

Born on February 10, 1981, in Florida, Rob Czar has been involved with hosting and producing roles ever since his late teens. For a period, he also worked as a director for Studio71,  a Germany-based media company.

In 2006, he launched his social media career with his Youtube channel. Putting his video-making skills to good use, he eventually began to fill his page with DIY video tutorials. As he did, his subscriber count steadily grew with time. With all the effort that he put in, it wasn’t long until he had gained himself a reputation on the site.

Since the launch of his Youtube channel, Rob has gained over 3.8 million subscribers with more than one billion staggering views. As of 2018, his most popular tutorials include DIY Galaxy Slime, How To Make Cleaning Slime, DIY Glass Potato Chips, and DIY Edile Water Bottles, all of which have been viewed millions of times on the site.

With the views that he has, surely he’s able to pocket a decent amount of income from his channel? How much money does he earn from his video tutorials? For simplicity’s sake, given that he makes $5 per 1,000 monetized views (which is well within the window of Youtube’s payout), and that 40% of his total view count contain ads, he would have received close to $2 million so far.

In addition to his primary channel Threadbanger, he also has a secondary account on which he has over 1.1 million subscribers. Though not as active as the former, it would undoubtedly supplement his overall income, given that it’s also being monetized. As of 2018, the channel RobCzar has garnered 65 million views; doing the math, this would out to be around ~$50,000 in extra earnings.

As his fan base continues to grow (which it has been), it’s likely that his view count and subsequent ad revenue will also continue to increase. At this rate, it wouldn’t be too surprising if his net worth was to shoot even higher in the near future.

The YouTube personality has been married to Corinne Leigh for several years; the two first began dating in 2004.

Does Rob Czar Have Any Children?

Did Rob Czar Go to College?

For now, not much information is available regarding his education history.

What is Rob Czar Famous For?

Rob Czar is best known for his DIY videos on his YouTube channel, ThreadBangers. Well-known and respected, his tutorials have earned him over 3.8 million subscribers to date.

Rob Czar currently lives with his wife in Brooklyn, New York. At this time, further information is unavailable.

What Kind of Car Does Rob Czar’s Drive?

Information on Rob Czar’s vehicle is unavailable at this time.

How Much Money Did Rob Czar Earn Last Year?

Over the past year, he has updated his channel with numerous tutorials including DIY Lasagna Roses, DIY Fixer Upper, DIY Candy Corn Pizza, and DIY Invisible Ink, and more. Don’t want to miss out on the latest additions to his page? Be sure to subscribe to his Youtube channel.

Aside from Youtube, you can find Rob Czar on a few other sites including Twitter (@RobCzar) and Instagram (@RobCzar). In fact, he even has an official Facebook page, which you can check out here.