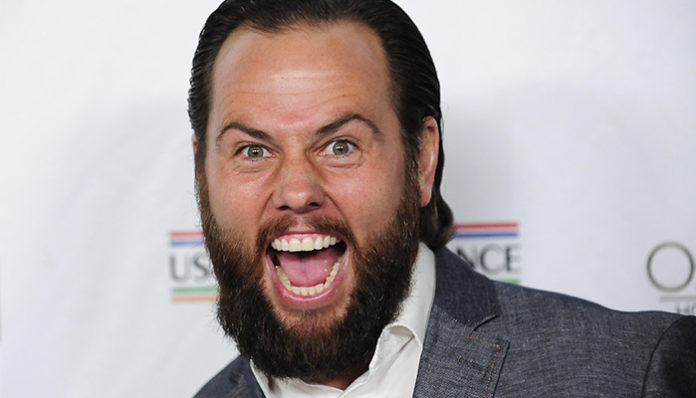 A Youtube personality, Shay Carl Butler has been hailed as “one of the most successful video entrepreneurs” on the site by Forbes. Based in Los Angeles, his channel had gained a considerable amount of attention after receiving a shout-out from Philip DeFranco in 2009. Since then, he has amassed over five million subscribers (across three channels).

Like many Youtube personalities, he has been featured in several TV series over the past few years. For instance, he has made appearances in The Annoying Orange, No Ordinary Family, Wonder Quest, and Studio C. As himself, Carl has also been invited onto shows such as Totally Sketch, Comedy Gives Back, Prank Academy, and YouTubers React. At one point, he even developed a documentary (with Corey Vidal) called Vlogumentary, after raising over $200,000 with an Indiegogo campaign.

Considering his popularity as a vlogger, how much has he managed to pull in from his projects so far? How wealthy is the Youtube star? According to sources, Shay Carl Butler currently has an estimated net worth of $25 million. How much of this came from ad revenue from his videos? What other things does he have going for him? Let’s take a closer look below.

How did Shay Carl Butler Make His Money & Wealth?

Born on March 5, 1980, in Logan, Utah, Shay Carl Butler spent the majority of his youth in Pocatello, Idaho, where he attended school. After graduating, he worked as a missionary for two years, prior to attending Idaho State University. With that said, he ultimately dropped out prior to completing the program.

As it happened, he eventually decided to get involved with Youtube in 2007. With that said, it wasn’t until 2009, after he received a shoutout from Philip De Franco, an established star, that his popularity began to soar. Eventually collaborating with other members of The Station (a popular online sketch channel), his subscribers quickly quadrupled. Before long, his success had allowed him to join the Youtube Partner Program.

Today, he operates three Youtube channels: Shaycarl, Shaytard, and Vlogumentary. Combined, he has over five million subscribers on the site. With the wide audience that he has, how much does he earn from his videos?

According to sources, his primary channel receives an average of 630,000 views per day. Assuming that all of these are monetized views, he’d earn upwards of $900 per day, from Youtube ads alone.

Aside from being a notable Youtube star, he’s also a co-founder of Maker Studios, a popular multi-channel network. Founded in 2009, he had created the company with fellow YouTubers Kassem Gharaibeh, Philip De Franco, Dan Zappin, and Ben and Lisa Donovan. In 2014, it was bought by The Walt Disney Company for $500 million.

As far as other endeavors go, he’s also appeared in a multitude of web series over the years. For instance, he’s made appearances in the titles, The Station, The Annoying Orange, No Ordinary Family, and Wonder Quest. Most recently in 2016, he was also a special guest on Studio C.

For over ten years, he has been married to his wife, Colette.

Having said that, headlines were made last year after he was allegedly caught cheating on her with a cam girl named Aria Nina.

Does Shay Carl Butler Have Any Children?

He has five children with his wife, Daxton, Brock, Emmi, Gavin, and Avia.

Yes, he did, briefly. For a period, he studied at Idaho State University.

What is Shay Carl Butler Famous For?

Shay Carl Butler is best known for his Youtube channel, Shaytards, on which he has nearly 5 million subscribers.

Shay Carl Buttler currently resides in Idaho with his wife and five children. Further information on his location is unavailable at this time.

What Kind of Car Does Shay Carl Butler Drive?

We do not have any information on Shay Carl Butler’s car.

How Much Money Did Shay Carl Butler Earn Last Year?

At this time, we do not have any information on Shay Carl Butler’s 2017 earnings.

Nine months after being part of the online scandal, in which he was caught cheating on his wife with a cam girl, he returned to Youtube in November 2017.