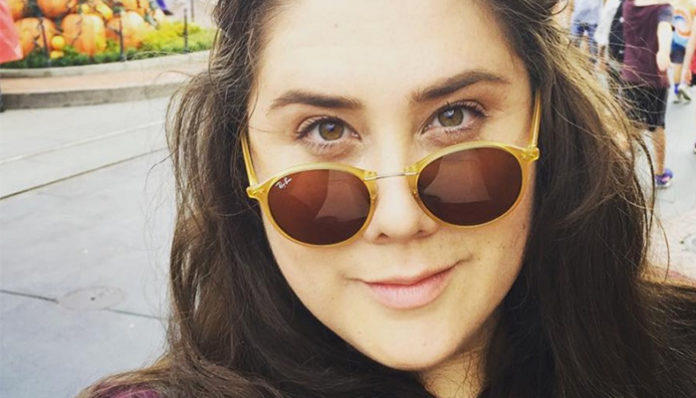 An Internet personality, Stacy Hinojosa is best known for her Youtube channel, stacyplays. Hailing from Utah, she originally joined the video-sharing platform in 2013. Since then, she has uploaded dozens of videos to her page, most of which feature her playing Minecraft or animal-themed indie games. Incredibly popular, she has gained over 1.7 million subscribers (and counting) to date.

Since her rise to fame, the gamer has also created herself a second channel, stacyvlogs. Dedicated to vlogs, as implied by its name, its subscriber count has slowly been increasing over the past few years. As of 2018, her vlogging account has received over 25.4 million combined views.

As you probably already know, Youtube can be an incredibly lucrative for those with an established fanbase. Considering the audience that Stacy has on the site, surely her payout is half decent? How well is the gamer doing for herself? How rich is she? According to sources, Stacy Hinojosa’s current net worth is estimated to be around the $700,000 mark. How much of this came directly from her ad earnings? What other endeavors is she involved with? Let’s find out.

How did Stacy Hinojosa’s Make Her Money & Wealth?

Born on August 23, 1983, in Utah, Stacy Hinojosa spent her youth between Washington D.C., Los Angeles, and Virginia. Sometime after completing high school, she had gone to college for a bachelor’s of arts in journalism and political philosophy.

In 2013, she created her original Youtube channel under the name, stacyplays. An avid gamer, it wasn’t long before she decided to upload Minecraft videos to her account. Some of her earliest videos include Laggyanya!, I Got Hiccuped!, Screamed At in a Hotel!, and Ender Fail!.

As she regularly added to her channel, her subscriber count steadily increased. Today, she has over 1.7 million subscribers tuning into her videos. As far as her most popular video goes, a clip from The Candy Isle, We’re Mermaids, remains to be the most-viewed on her channel, with over 3.5 million views. Some of her other top hits include A Ruff Start- Dogcraft, What’s Inside Minecraft, Prop Hunt, and The Diamond Stack.

How much has the popularity of her Youtube channel earned her so far? According to sources, she receives an average of 450,000 views a day; assuming these are monetized views, the ads displayed on her videos would yield her approximately $800 a day (~$300,000 a year).

In addition to her gaming channel, she also has a vlogging channel under the name, StacyVlogs. Though not as popular as her primary account per se, it has racked up over 25.4 million views combined over the past few years. Some of her top vlogs include Trying to Save a 3-Day Old Kitten, Ice Milk Bucket Challenge, How I Met Joey, and Murder in Idaho.

Assuming that she receives at least $2 for every 1,000 ad views, she would have made an extra $20,000 from her blogging channel so far. Of course, as her following continues to grow, her earnings are also likely to go up as well.

As far as we know, Stacy Hinojosa is not married.

Does Stacy Hinojosa Have Any Children?

While she doesn’t have any children, she does have two furbabies named Molly and Page.

Did Stacy Hinojosa Go to College?

Yes, she went to college for a major in journalism and a minor in political philosophy.

What is Stacy Hinojosa Famous For?

Stacy Hinojosa is best known for her Youtube channel, StacyPlays, on which she plays a number of Minecraft mods as well as indie animal games. As of 2018, she has over 1.7 million subscribers.

Stacy currently resides in the mountains of Utah. Further information on her location is unavailable at this time.

What Kind of Car Does Stacy Hinojosa Drive?

Information on Stacy Hinojosa’s vehicle is unavailable at this time.

How Much Money Did Stacy Hinojosa Earn Last Year?

At this time, we do not have any information on Stacy Hinojosa’s 2017 earnings.

Over the past year, Stacy has uploaded dozens of new videos to her channel, all of which have proved to be incredibly popular. In addition to that, she has also been vlogging on a regular basis over at StacyVlogs.

If you’d like to stay up to date with the gamer, why not follow her on other social media platforms? You can find her on Twitter at @stacysays or on Instagram at @Stacy.Hinojosa. On Facebook, you can also visit her official page by clicking here.