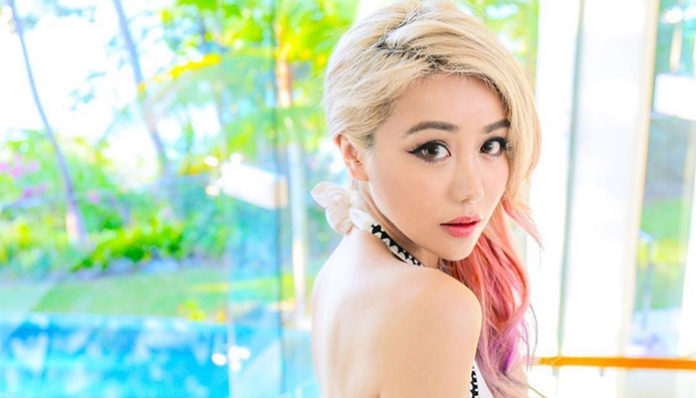 An Internet celebrity, Wengie is the second most popular Youtuber in Australia, with over 10 million subscribers. Known for her beauty, fashions, and DIY tips, she was one of the fastest growing users on the site in 2016, having gained over 4 million subscribers in just three year’s time. Last year, her channel received two Australian Online Video Awards for the categories of Overall Winner and Best Channel.

Aside from her Youtube career, Wengie is also an actress and singer. Last summer, she released her first single titled, Baby Believe Me, which peaked as high as number 6 in China. Since then, she has come out with another song, Oh I Do in November 2017. As far as acting goes, she also lent her voice to Blisstina Utoniom in the Australian version of The Powderpuff Girls: Power of Four.

With how popular she is, surely she brings home a decent amount? How wealthy is the Youtube star? According to sources, Wengie currently has an estimated net worth of $1 million. How much of this came from her primary channel? Let’s take a closer look at this below.

How did Wengie Make Her Money & Wealth?

Born on January 9, 1986, in Guangzhou, China, Wengie launched her Youtube channel, Wengie (inspired by her Chinese name) in 2012. While she initially uploaded beauty-related videos, she later branched out to include fashion and DIY content. Incredibly popular, she became one of the fastest-growing stars on the site in 2016, having gained over 4 million subscribers in just a few years.

As of 2018, she has amassed over 10 million subscribers with more than 789 million views across her channel, making her the second most popular Youtuber from Australia. To date, her most popular video, DIY Edible School Supplies, uploaded in September 2016, has generated over 40 million hits.

With the fan base that she has, how much does she make on Youtube? According to sources, her primary channel receives upwards of 2 million views a day; this roughly translates to ~$3,500 of ad revenue per day. Doing the math, this works out to be a little over $1 million a year- and this is just from one of her Youtube channels!

Aside from her main account, she also has a secondary channel called WengieVlogs, which as its name implies, features her vlogs. Though not as popular as the former per se, it still has a decent following with over one million subscribers. Assuming that it’s also monetized, she would easily make over $100 a day from her vlogs.

Aside from her Youtube channels, what other sources of income does she have? For one thing, she’s also a singer with a couple of singles to her name. Last year, she released two songs, Baby Believe Me, and Oh I Do, the former of which reached number 6 on the Chinese record charts.

As far as acting goes, she also tackled her first voice-acting gig in the Australian version of the five-part TV movie, The Powderpuff Girls: Power of Four last year, where she played the part of Blisstina Utonium.

Around the same time, she also launched a subscription-based app called World of Wengie.

As of 2016, Wengie was in a relationship with a man named Max (who later introduced himself in one of her Youtube videos).

Does Wengie Have Any Children?

No, Wengie does not have any children that we know of.

Did Wengie Go to College?

It’s assumed that she has gone to college in the past, as she worked in accounting prior to pursuing a Youtube career.

What is Wengie Famous For?

Wengie rose to fame for her fashion and beauty-related videos on Youtube, on which she currently has over 10 million subscribers.

Where Does Wengie Live now? Photos of Wengie’s House

Born in Guangzhou, China, Wengie has been living in Australia ever since she was a young child. Currently, she splits her time between China, California, LA, and Sydney.

What Kind of Car Does Wengie Drive?

We do not have any information on Wengie’s car.

How Much Money Did Wengie Earn Last Year?

At this time, we do not have any information on Wengie’s 2017 earnings.

Last year, she added a couple of acting credits to her name, including appearances in the film, A Stork’s Journey, and the TV short, Sugar Pine 7.