What Happened to LeVar Burton? – 2018 Update 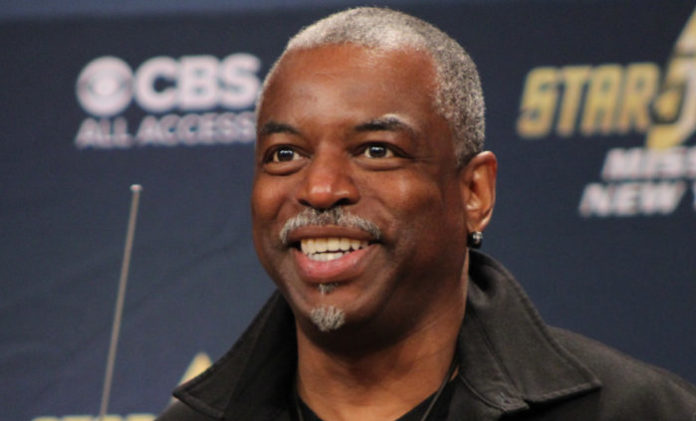 LeVar Burton is unique in the Star Trek The Next Generation cast by being almost as well known for his work prior to the show as for his work on the show. He was the host of Reading Rainbow for a number of decades, and to this day continues to work on the show in a number of different forms, mainly via its app and in online videos. His early acting roles include the younger version of Kunta Kinte is the well-received TV miniseries Roots and a three-year stint hosting Rebop. I know him better for TNG though. His time on the show would prove extremely useful long term for Burton, earning him a lot of money, increasing his profile on the world stage and giving him experience behind the camera. Much like former co-star Jonathan Frakes, LeVar Burton was able to wrangle a number of directorial credits on TNG, which he would use to land further work in that field. Burton has been up to a lot in the last few years.

So let’s take a long look at the life and career of LeVar Burton, see where he’s been and what he has been doing recently.

LeVar Burton was born to US parents in West Germany on February 16th, 1957. His mother was a social worker, while his father was a photographer for the US Signal Corp, then stationed in Landstuhl. He was raised by his mother in California and raised a Catholic. He was initially interested in becoming a priest, and at the age of 13 entered St Pious the X Minor Seminary. He read all kinds of philosophy while attending seminary school,  including Lao-Tzu, Nietzsche, and Kierkegaard, and it slowly moved him away from the Catholic faith. He graduated in 1974 and gained a drama scholarship at the University of Southern California. He graduated with a degree in Drama.

Right out the gate, LeVar landed a role in Roots. He played the young Kunta Kinte in the critically acclaimed show, showing him being raised in Africa before the slave traders captured him. He was praised for his performance, gaining an Emmy nomination and putting his name on the map. In the decade between Roots and TNG, he landed multiple bit roles in major TV shows, such as Fantasy Island and Murder She Wrote. His film career began to take off at the same time, but most of the roles were minor. Burton would never have a major film hit to his name.

In the early eighties, he was invited by PBS to host Rebop, a variety show for children aged 9-15. It was well received but no a major hit. His other PBS show would prove to have legs though, and Reading Rainbow debuted in 1983. The show was a huge hit, encouraging children to read. It featured a story read by a guest, or Burton, as well as a number of interview segments. Burton would host the show from 83 until its cancellation in 2006. By the end of the eighties, Burton was a well-known star, and he was approached directly by Gene Roddenberry and offered the role of Geordi LaForge, a junior staff member on his new show Star Trek The Next Generation. 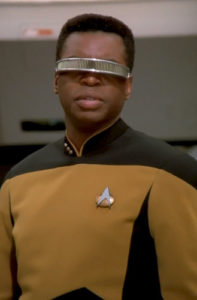 Geordi LaForge was originally the ship’s helmsman, and he played that part for the first season. Going back and watching the early seasons of the show is interesting. So many of the characters are only half formed, and honestly, Burton was underutilized during this time. He put in some solid work, and his character concept was great, a blind character given sight by his Visor. He was paired with Data to act as a foil, which led to only a handful of the episodes focusing on him as a character, but he was present and an important part of the show’s dynamic.

As much as I love TNG and Burton as an actor it is hard to ignore in hindsight how little he got used. He is one of the few characters to not have a romantic subplot at any time, which over the course of seven seasons and a handful of films is downright strange. Still, he was an important part of the show, and he certainly made bank from it. He was able to use his position on the show to secure a future after the inevitable downturn an actor experiences after a successful science fiction show, by sitting in the director’s chair for a couple of episodes. He would go on to direct ten episodes of Deep Space Nine, and eight of Voyager, rounding out his skills. Over the years he has sat in the director’s chair for a number of shows, most recently with NCIS: New Orleans last year.

After Trek, his career predictably slowed. He moved into voice-over roles for the most part, with a few guest appearances in the last few years. He was the main character on Captain Planet and showed up in an episode of Gargoyles, with a number of other former Next Generation stars. Thankfully his film career was a little more stable, as Star Trek, The Next Generation got four spin-off movies, and Burton would appear in all of them. Again, the focus was never really on him, but he brought his talent and charm to the films.

Burton had Reading Rainbow to fall back on, but as a PBS show, there wasn’t much money in it. I’ve looked into how many actors make for bit roles for different decades, and on average, an appearance on a show like Becker could see the actor picking up at most $10,000. I can only hope that Burton grabbed a slice of the back end, as TNG has done very well on syndication. Interesting to me is the ebb and flow of a sci-fi stars career. There are the heights of the show, followed by a slump in resurgence. This is because the fans of the show are now making TV and film, and so they hire the old stars they remember. We are seeing more of the TNG crew now than ever, be it in The Big Bang Theory, Community or Adventure Time simply because the creators are being big fans back in the day.

Overall LeVar Burton has had a career to be proud of. He has always given back to the less fortunate, and that solid core of charity played a big role in all of his decisions. So what has he been doing the last few years? Some pretty amazing things.

What is LeVar Burton doing now in 2018 – Recent Updates

LeVar Burton has not slowed down a bit in the last few years. Reading Rainbow might be off the air, but it did not disappear, and frankly has never been stronger. In the early 2010s, Burton began teasing the return of Reading Rainbow, this Reading Rainbow 2.0 would turn out to be a comprehensive reading app for iPad, complete with Burton hosting. It became the number 1 educational app within 36 hours of its release and is still hugely popular to this day. It contains a large number of books for your child to read, as well as reviews and interactivity from Burton and a variety of other folks.

In 2014 Burton and Wolfe, his business partner, announced a Kickstarter to bring the mainline show back to the masses, via the internet. It raised over $6 million, and soon expanded to provide a free version for schools. Unfortunately, we never saw the show, as Burton and his company RRKIDZ was sued by the original license holders. Under the terms of their 2011 agreement Burton would control online distribution of the show, and according to him, that meant he had free reign to create more content. WNED argued otherwise, and despite the successful Kickstarter no new episodes of Reading Rainbow were released. The site is currently a mess of legal issues.

These days Burton is seeing an upswing in terms of acting. He has shown up in bit roles all over the place, likely as a result of his grown-up fans doing the casting. His brief roles as himself on Community were very entertaining, and I highly recommend you check out the show. Going forward I expect to see a little more of LeVar and hear his as well. His directing work is likely to continue as well, as that has been going steady for the last twenty years. As for the Reading Rainbow debacle, I do not think he will return. He might be the face of the show, but the legal troubles plaguing it right now are likely to leave a sour taste in his mouth, and WNED are likely going to higher a replacement.