What Happened to Daisy Fuentes? – 2018 Update 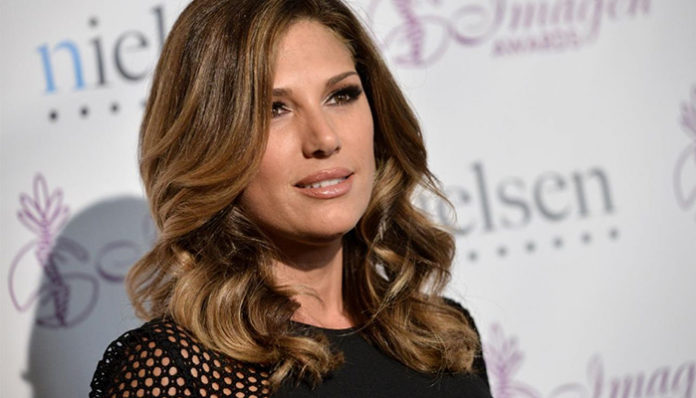 Daisy Fuentes is perhaps known for being the first Latina VJ on MTV. As a child, she taught herself how to speak English through television; not long afterward, she and her family relocated to New Jersey. Later in her college years, she got involved with television. For a while, she worked as a newscast for WNJU, after which she joined WXTV. Then in 1988, she hosted MTV Internacional, a music show that garnered her much attention in both Latin America and the United States.

A few years later, the brunette became the first Latina video jockey in the US. A significant milestone, it eventually led to more television opportunities on the MTV Latin America network. For instance, Fuentes went on to make her acting debut in the ABC soap opera, Loving. Some of the other shows that she appeared in over the next few years included Can’t Hurry Love, Cybill, Angeles, Baywatch and I Spike. Perhaps even more impressive, however, is her list of credits in reality TV- as of 2017, she is associated with over 100 different programs. At one point, she even hosted the Miss USA, Miss Universe, and Miss Teen USA parents!

Aside from her accomplished TV career, she has also involved herself with other things- such as modeling. Over the years, she has graced the covers of numerous magazines, including ads for American Express, Pantene, and Revlon. In 2005, she was even hailed as one of the “50 Most Beautiful Women” by People en Espanol (the Spanish-language edition of People).

With all that said, Fuentes hasn’t been involved with television as much in the recent years; for one thing, she hasn’t acted since Lolo’s Cafe back in 2006! What has the TV personality been up to lately? What has she been keeping herself busy with? Let’s try to answer these questions below.

Born on November 17, 1966, in Havana, Cuba, Daisy Fuentes is the child of a Spanish mother and a Cuban father. Due to the political turmoil that was present on the island in the late 60’s, her family moved to Madrid, Spain when she was three years old. Ultimately, it was there that she learned how to speak English, with the help of CBS sitcom, I Love Lucy, which she watched religiously on television. A few years later, the family moved again, this time to the suburbs of Harrison in New Jersey.

A student at Harrison High School, she was incredibly popular among her peers; in fact, she was voted as “best looking” and as the homecoming queen by her class. Unsurprisingly, the brunette also started to model on the side during her senior year, which earned her some extra cash on the side. Following her graduation in 1984, she studied at a cosmetology school, with hopes of becoming a hairstylist.

Eventually enrolling at a local community college, she began to work at WNJU, a Spanish-language TV network, where she presented the weather. Not long afterward, she switched to work for WXTV as a newscaster.

From there, Fuentes eventually landed the opportunity to host MTV Internacional, a well-known music show in Latin America. Thanks to its popularity, she quickly rose to prominence in the United States. By 1993, she had become the first Latina video jockey in the country, something that garnered her an incredible amount of attention. With that, also came more television gigs- especially on MTV Latin America.

Around that time, Fuentes also got involved with acting. That year, she made her debut in an episode of the romance drama, Loving, after which she played a minor character in the mystery series, Ghostwriter. With that said, her major focus at the time was still as a television host. Over the next few years, she hosted several shows including the 1994 MTV Video Music Awards, Miss Universe Pageant, and the 1996 Billboard Music Awards, to name a few. By the late 90’s, her growing popularity had led her to be invited onto Late Night with Conan O’Brien, The Larry Sanders Show, and Late Show with David Letterman, among others.

In 1996, Fuentes appeared on the big screen for the first time in the comedy film, Curdled, albeit as a minor character. From there, she also added Cybill, Happily Ever After: Fairy Tales for Every Child, and Angeles to her list of acting credits.

As a television host, her career also only grew more lucrative with time. For instance, she was the hostess of America’s Funniest Home Videos for a year, a popular show that had been airing on ABC since 1990. Later on, she also hosted the 1998 World Music Awards, the ALMA Award, Miss Universe, Miss USA, and the 1999 Billboard Latin Awards.

Going into the new millennium, she appeared in a handful of TV series including I Spike, Baywatch, Queen of Swords, Half & Half, and The Brothers Garcia. By the mid-2000’s however, it was obvious that acting was not her major platform. Instead, she had chosen to grow her career as a television host.

Throughout the 2000’s, Fuentes hosted dozens of programmings including CMT: The Greatest 20 Sexiest Men, Ultimate Style, Shop Like a Star, and TV Land’s Top Ten, to name a few. As well, she also landed appearances on talk shows such as The Oprah Winfrey Show, Chelsea Lately, The Chew, and Big Morning Buzz Live.

In addition to her television career, she has also worked as a model. Over the years, Fuentes has collaborated with many brands including American Express, Revlon, Pantene, and M&M’s, among others; in fact, she has appeared in several magazines throughout her lifetime. In 2005, she was featured as one of the 50 Most Beautiful Women on the three-page cover of People en Espanol.

As if that wasn’t impressive enough, she also has her own line of clothing, hair care, fragrances, and accessories, all of which are available at Kohl’s department stores across the country. In 2009, she also released her own fitness workout game for the Nintendo Wii called Daisy Fuentes Pilates. According to reports, she sells $300 million worth of goods a year.

On top of that, she recently also signed a licensing deal with Zyloware, an eyewear manufacturer known for their Latina-driven collection of glasses.

Daisy Fuentes is currently married to singer-songwriter, Richard Marx; the two had tied the knot on December 23, 2015.

Previously, she was engaged to Matt Gross, an English musician- in fact, the two had lived together in her Hollywood Hills home for a period. Alas, it was not meant to be; they later broke up in 2010. Prior to that, the television host was married to American actor, Timothy Adams in the 90’s.

A philanthropist at heart, Fuentes has supported numerous charities in the past including the St. Jude Children’s Research Hospital, for which she has helped to raise funds for breast cancer research. Some of the other non-profits that she’s been involved with include Girls on the Run, Starlight Children’s Foundation, and the March of Dimes.

For her contributions to breast cancer awareness, she was honored with a Human Spirit Award.

What is Daisy Fuentes Doing Now in 2018 – Recent Updates

Over the past few months, Fuentes has appeared in a few programmings, one of which includes the talk show, Home & Family. Earlier this fall, she also hosted the 2017 Hero Dog Awards, which as its name implies, saw a number of canines who were recognized for accomplishing various extraordinary feats. Some of her other recent appearances include those on Access Hollywood Live, and Dinner at Tiffani’s.

As far as we can tell, she will not be taking on any acting roles anytime soon.