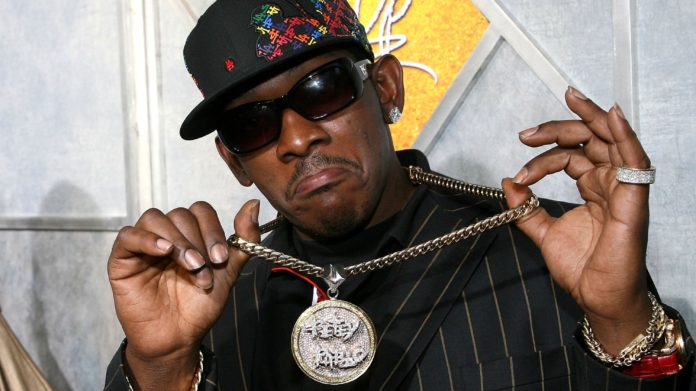 Of all the rappers in the Derrty South, none were quite as dirty as Petey Pablo, the creator of such hits as “Freek-a-leek”. Known for his hits which can cause clubs to get violent or just plain wild, just as much as he’s known for trouble in the streets, Petey Pablo has been relatively quiet for the past few years in terms of the spotlight. That’s led many to ask what has happened to Pablo, and we’re here to answer just that. We’ll take a look back at Petey Pablo’s life, career, and see what Pablo has been up to recently.

To say not much is known about Petey Pablo’s early life is an understatement. What we do know however is that he was born Moses Barrett III, in Greenville, North Carolina on July 22, 1973. By the age of 13, it’s often said that Pablo ran away from home and found his way to Baltimore, Maryland before returning to North Carolina by showing up in Raleigh some years later. By the age of 15 he was arrested for armed robbery and when released in 1993, he decided to try to move to New York City where he would work the occasional odd job while plying his trade as a rapper. During the following 6 years, he would go around from club to club, gaining some level of attention and meeting the future hip-hop heads Busta Rhymes and Black Rob, and was signed to Jive Records at 26 when he was heard by a Jive executive while he was rapping in a nightclub bathroom. During this time he would meet Monica Arnold who would be his first wife, lasting from just past Christmas in 1998 to New Years Day in 2000.

Soon after getting a deal, Petey Pablo would end up working with the legendary Timbaland to produce his first big hit, “Raise Up” which hailed his home state of North Carolina and worked as an introduction which gained a great deal of popularity on the radio making it to number 25 on the charts. Not too long after the release of this single, his first album “Diary of a Sinner: 1st Entry” was released where he took a rough approach to lyrics, making him sound like a mix between Yung One and DMX. In a turn of events rare for music, the album did considerably better than the single, reaching number 13 on the charts and ended up certified gold by the RIAA. It would also grab a Grammy nomination, though this would be lost to “The Eminem Show” which really had taken the rap world and most of the rest of the music world by storm. Soon after the album was released, he would get a cameo on the film Drumline, which also starred Nick Cannon and became a cult classic. After the film, Pablo would switch managers to the infamous Marion ‘Suge’ Knight.

The second album of Petey Pablo titled “Still writing in my diary: 2nd entry” would be released, featuring work from fellow dirty south rappers and producers like Lil Jon. This sophomore entry, which is seen by most hip-hop heads as the true sign of the rappers skill really shook the billboards, making it all the way to number 4, and being certified gold yet again. The single Freek a Leek came from this album and made it to number 7 on the charts, a record high for Pablo even to the present day despite being released in2003. The following year, Petey would work with Ciara to create “Goodies” which would make it to the number 1 spot of the top 100. Now, what happened between 2003 and 2009? Well, let’s put it this way, the article would end here if this article was written a decade ago, as Petey more or less dropped off the face of the planet for nearly a decade. What we do know is his second wife, Amy Caro whom he married just before Halloween in 2001 and is still married to even now, and the couple would have 2 children.

In 2009, Pablo would show up on Twitter, though at the time this made limited waves as he hadn’t been seen in more than 5 years at that point. He would also have an album called Same Eyez on Me, which would end up being unreleased, though fans of the rapper can find this album on such services as Spotify, and includes guests like 2Pac, Eastwood, Wes Cyphers and Kurupt. It’s unknown why this album was unreleased as early as 2005, there were rumors of a new release coming up from sources like VH1 and MTV.

2009 would show his second appearance on the big screen as he played the character B-Bone in the movie Just Another Day. In 2010, Petey would return to music, but this time leaving Jive Records behind to form the Carolina Music Group. Unfortunately, what would have been a victorious return to the music scene was cut a bit short. Just after releasing another Timbaland produced hit, “Go” in July of 2010, he was arrested on September 11, 2010, for carrying a stolen 9mm pistol onto a US Airways flight heading to Los Angeles, and was subsequently sentenced to 35 months of prison to be served on January 4, 2012. In the meantime, he would release a single called “Get Low” which got some attention, but not nearly as much as expected. After entering prison, Pablo released his first album from the Carolina Music Group label, appropriately named Carolina #1.

Also during his prison stint, he would confirm in interviews that an album called A&R Anticipated Recordings would be on the way, but as of writing it’s yet to be released, despite multiple sources claiming that it was released as of 2010. If I was a betting man, I would wager at this point it would follow the same path as Same Eyez on Me and would be looking in the near future for unofficial sources for singles like “Osama” and “NC Wzup” to appear, however, aged they may now seem.

What is Petey Pablo Doing Now in 2018 – Recent Updates

Recently, it appears that Petey Pablo may be spinning up to release a new record or two and end the drought for his fans. In 2015, Pablo released a single called “Never Imagined” which is yet another Timbaland production. As of writing, it hasn’t been terribly well publicized though for the 43,000 some odd views from the most popular video, a vast majority of the reviews have been positive. It takes a much different tone than his gang banging hits of earlier, and touches on his somewhat mysterious early life, while paying tribute to his late mother, who passed away on April 21, 2014. According to his lyrics, his reasons for leaving when he was 13 were primarily drug and alcohol use, as well as living within the gang lifestyle. It also appears he’s switching to a more religious worldview as a way to handle his fall from fame and the death of one of the most precious family members he’s had, alongside writing music of course.

The following year, he would help Carolina Panthers celebrate a win over the Seattle Seahawks in the NFC Divisional playoffs by releasing “Carolina Colors” for free, which would then be used as a song to get the crowd and team worked up to face off against the Arizona Cardinals.

As of 2017, things have been rather quiet yet again for Petey, though rumors abound that another album is again in the works, partnering again with Timbaland. I would find this more likely than not considering the release of singles so far has been a very gradual buildup. Also in the works for Petey Pablo is a reality television series, though the title and release dates have yet to be told, it has been confirmed by his Twitter Account which is at least nominally active and can be found @DaRealPetey. To further speculation, on his timeline he has images of himself hanging out with Mike Epps and the pair talking about the yet to be announced album. Will Petey Pablo turn another hit? Only the future can tell us for right now.