What Happened to Richard Biggs? – 2018 Update 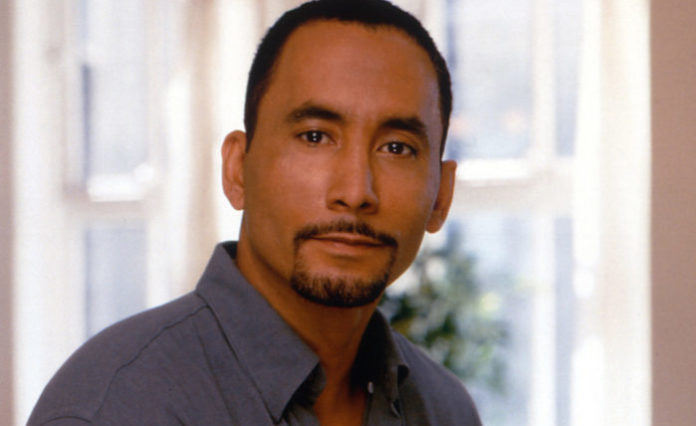 I choose to do a series on the cast of Babylon 5 for two reasons, the first is that more folk should watch the show, and the other is that much of the original cast is now dead, and a few articles on those who have sadly departed too early is my own mean tribute. Richard Biggs was fantastic in Babylon 5, he landed a major role in Days of Our Lives in the early eighties, playing a Doctor, and carving out a bit of a specialty. A few years leader he starred in Babylon 5, playing the chief medical officer Dr. Franklin, a really nuanced performance. He landed a number of major and minor roles in the six years after B5 ended, but sadly he died young.

So let’s take a long look at who Richard Biggs was. 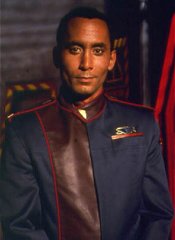 Richard Biggs was born on March 18th, 1960 in Columbus Ohio. As an Air Force brat, Biggs moved often, constantly changing schools and making few close friends in the first dozen or so years of his life. In his teens, he aspired to be a doctor, but a chance role in a local production of The Wiz made him want to be an actor instead. He went to the USC School of Theater with a bachelor’s in the performing arts and set out to become an actor.

Of course, it’s a lot harder to break through than that, and during much of his early career consisted of minor roles on the stage while living in his car. It was when he started playing Romeo at the ensemble theater that he got his big break. A casting agent saw him and got him a role on Days of Our Lives, playing Dr. Marcus Hunter. Hi only played the role in three episodes over three years, but it was enough to launch him, and he landed a number of small and meaty roles in the time between the earliest part of his career and his first major hit in 1994, Babylon 5.

Dr. Stephen Franklin, played by Richard Biggs, was the chief medical officer on Babylon 5, and he was one of the most compelling characters on the show. Outside the regular command structure on the show, he was almost a self-contained faction. He started out a little boring, but time and again it was proved to belay some kind of altruistic action. Richard really knocked it out of the park in season 3 when he was given a little more focus. ironically that focus came with him leaving his position and simply walking around the space station. Shadow Dancing is one of the best written on the series five-year run and such a great peak for that character arc.

Biggs was already well known as a consummate professional, having jobbed around in a number of smaller roles, and proved himself more than able to take on long-running character work. After Babylon 5 he landed a recurring role on Any Day Now, Guiding Light and the short-lived Tremors TV show. He went back to the old doctor well in the early 2000s and appeared in a number of episodes of Strong Medicine. His last on-screen role was in 2004, in an episode of Drake and Josh. He played an F.B.I. Agent.

What is Richard Biggs Doing Now in 2018 – Recent Updates

On the 22nd of May 2004 Babylon 5 creator, J Michael Straczynski announced that Richard Biggs passed away. He collapsed early in the morning from an aortic dissection and paramedics failed to resuscitate him. He was only 44 years old. Cause of death was reportedly heart failure, an Aortic Dissection. Out of all the former cast of B5 who have passed away, it was Richard Biggs that affected me most. He was one of the best characters on the show, and he was far and away too young to pass on.