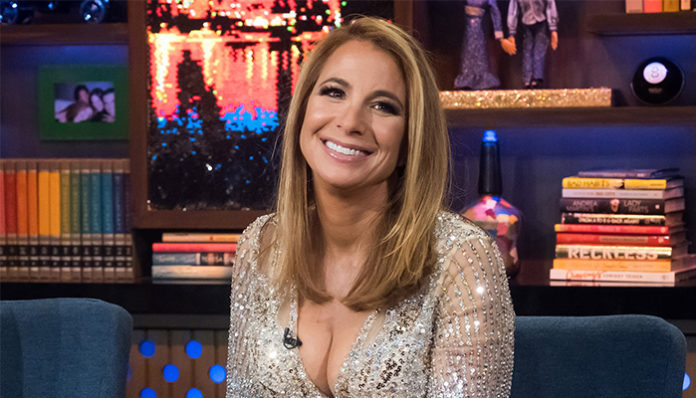 A reality star, Jill Zarin is best recognized for her appearances in Bravo’s reality series. Born and raised in the Empire State, she worked as an Assistant Buyer for many years before becoming the Vice President of Jockey Hosiery. From there, she eventually began to work as a consultant for her husband’s textiles business, Zarin Fabric Warehouse. In addition to her many years of experience in the textiles business, however, the brunette is also a licensed real estate salesperson.

In 2008, another opportunity came her way in the form of a Bravo reality series. The second installment of the franchise, Zarin was cast as one of the original ‘housewives.’ Introduced in the series premiere, she ultimately stayed on the show for four seasons, until her (and her co-stars’) ‘ridiculous demands’ led her to be allegedly fired in 2010. Following a long absence from the show, she recently returned as a guest character in the ninth season, which premiered in April 2017.

Since her rise to fame on the Bravo series, Zarin has appeared in several other shows: Who Wants to be a Millionaire (2010), Iron Chef America Countdown (2012), Celebrity Wife Swap (2014), and David Tutera’s Celebrations (2015). Aside from that, however, she has also dabbled in acting. A few years into her reality TV career, she appeared in an episode of the crime drama, White Collar (2011). Later, she also made a brief appearance in the horror film, Night of the Wild (2015).

With all that said, what has she been up to this past couple of years? What shows, if any, did she appear on following her departure from The Real Housewives of NYC? What happened to Jill Zarin? Where is she now in 2018?

Born on November 30, 1963, in New York, Jill Zarin was raised in Nassau County with her sister Lisa. Growing up in Woodmere, the family resided in the Five Towns area, where she used to roller skate and play ‘slip and slide.’ Incredibly close to her grandparents, they used to regularly visit from Long Island in the weekend. As a teen, she went to Lawrence High School, from which she graduated in 1981.

Following her high school graduation, Zarin moved to Boston, Massachusetts, where she studied at the Simmons College School. After completing the program, she pursued a textiles career as an Assistant Buyer with Filene’s. With hard work and diligence, she eventually became the VP of Jockey Hosiery. From there, she joined her husband in his business, a Fabric Warehouse, as a consultant.

In 2008, Zarin found herself cast in Bravo’s newest series, The Real Housewives of New York City. The second installment of the franchise, it followed the lives of several women in NYC. One of the original housewives, she made her debut in the first episode alongside Bethenny Frankel, Ramona Singer, Alex McCord and Bethenny FrankelLuann de Lesseps.

As popular as its predecessor, the show attracted countless viewers to their screens that spring. For the next four seasons, the series chronicled the women’s personal and professional lives, Zarin’s being no exception. Over time, her popularity only grew; by the end of the first season, she already had a well-established fanbase.

After three years on the reality series, Zarin made her departure at the end of the fourth season. According to various sources, her ‘diva behavior’ and ‘ridiculous demands’ had led her to be fired (along with three of her co-stars) in 2010. By then, however, she had already made a name for herself in television.

Following a seven-year absence from the show, she recently returned as a ‘guest’ on the ninth season, which premiered in the spring of 2017.

As it often happens, she found herself invited onto several TV shows following her debut on RHONYC. For instance, just a year into the series, she was featured as a celebrity partner on the popular game show, Who Wants to be a Millionaire (2010). That same year, she also made appearances in Huckabee, Hannity, and The Spin Crowd.

Aside from appearing on regular shows, Zarin even acted on a couple of occasions! In 2011, she made a brief cameo in an episode of the crime drama, White Collar. Later in 2015, she also played a minor character in the made for television film, Night of the Wild.

A multi-talented woman, Zarin has been involved with several other projects over the years. For example, she co-wrote a book titled, Secrets of a Jewish Mother, with her mother and sister in 2010. In addition to that, she has also been co-hosting the award-winning radio show, The Lisa Wexler Show, with her sister Lisa for many years. For those who’d like to tune in, it airs from 4-6PM in the Fairfield County and Westchester regions.

But that’s not all; putting her many years of hosiery experience to good use, she also released her own line of body shapewear, “SKWEEZ COUTURE by Jill Zarin”, in 2011. Available at a number of retailers, they sell a variety of clothing from leggings to swimwear.

According to the bio on her official website, she is also a licensed real estate sales agent in the New York area. With that said, it’s unclear whether or not she is currently practicing in the business.

What is Jill Zarin Doing Now in 2018 – Recent Updates

As mentioned previously, Jill Zarin recently returned to the ninth season of RHONYC following a seven-year absence, albeit as a guest character. Aside from that, it doesn’t look like she has made any other appearances on television.

Delving a little deeper into her personal life, however, it makes sense. In the summer of 2009, her husband Bobby was diagnosed with thyroid cancer. Despite having received a thyroidectomy, cancer eventually spread to his lungs by 2013. Fast forward to 2017 and things have turned for the worse. According to an interview that she had with PEOPLE, he was recently diagnosed with having a brain tumor.

Since then, doctors have been aggressive in treating it at the MD Anderson Cancer Centre in Houston. With all that he’s going through at the moment, it’s not surprising that she has been busy spending most of her time with him. In order to make things more comfortable for Bobby, she even redid their apartment, something that spanned most of last year.

Despite everything, however, the couple remain positive, with their heads held high.

If you’d like to stay connected with the former reality star, you can do so by following her on social media. For instance, she’s active on Twitter (@JillZarin) and on Instagram (@MrsJillZarin). As well, don’t forget to also check out her official Facebook page at @jillzarin.