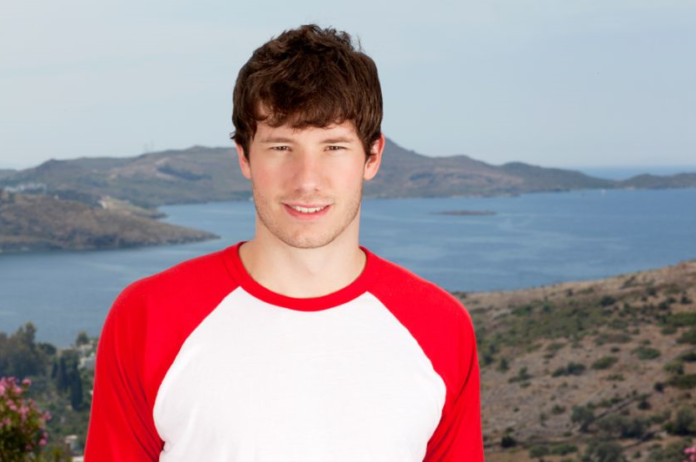 Best known for his time on the MTV show The Real World: Las Vegas, Dustin Zito was the southern boy with a bit of a past, and gained quite a fanbase due to both his behavior and his somewhat mysterious origins. What is more mysterious than his origins is where he happens to be today. Here, we’ll take a look at his origins, his work on both The Real World and beyond, and lastly, what Dustin Zito has been up to in 2017.

Dustin Zito was born on May 2, 1986, in Rayne, Louisiana. Despite always claiming to be a “city boy”, Zito’s hometown only had around 8,000 in the 2010 census and is the so-called “frog capital of the world” for what it’s worth. During his childhood, it’s claimed that he bounced between parents, primarily due to a bipolar and addicted mother, and would later have a brother by the name of Quay that would also have bi-polar issues. Despite this harsh upbringing, he was able to attend university, though he would have problems paying for it. Unlike some friends who turned to dealing drugs, he would graduate Lamar University (located in Beaumont, Texas) with funds given to him by the adult website FratPad.tv. His appearances on the site would be labeled under the name “Spencer” and would include many adult themes, including certain activities with other men. As a result of his own beliefs and the stigma of such activities at the time, he decided to keep this experience under wraps for quite a bit of his career, which would, unfortunately, have some negative side effects during his time at MTV.

Soon after graduation, he would apply for a spot on his first reality TV series, The Real World: Las Vegas, where he would meet 21-year-old Heather Marter from Delran, New Jersey. The two would start kindling a relationship rather early, where they could both handle some of their own issues together, among them Heather’s history of alcoholism that landed her with some alcohol poisoning by age 14. This relationship would be a major point within this show, as it led to a great deal of drama, especially when secrets, including FratPad, were released. Unfortunately for him, this would mark him as a black sheep among the group very quickly and cause him and Heather to break up in quick order, with her claiming to have felt betrayed. During this time and until the present day, he would continue to claim his actions were merely for the money and he remained straight throughout.

After Real World, Dustin Zito would appear on a full season of The Challenge in 2012, which featured both battles of the Seasons and of the Exes, which was full of what one could expect: chaos, drama, and plenty of gossip. This would not be the only gossip and drama for Zito though, as 2013 would show a darker side.

In 2013, aside from his appearance on the show Couple’s Therapy, where he would show up alongside his old flame Heather Marter and stars like Flavor Flav, legal troubles would also show their head. In Lafayette Parish on July 14th, 2013, Dustin Zito would be arrested on the charges of Sexual Battery, Resisting Officer with Force, Remaining in Places despite being Forbidden, and Disturbing the Peace, which culminated in him being jailed after being liberally applied with Pepper spray. What happened to cause such an arrest? As Zito walked into a Lafayette bar, video footage shows him passing by a woman in a pink skirt who was working on a cigarette machine, and while passing reaching under her skirt and grabbing her. After this action, nearby police would intercept him and he would try to pry himself free from the police after the bartender told them to leave. The video would be featured on his own youtube channel, which is an odd move for someone trying to maintain their innocence to say the least. The subsequent court date would leave no evidence that he was formally convicted of any crimes after spending a few days in jail. This news would only contribute to the long list of reality stars from the Real World series who were charged with crimes after they appeared on the show.

The next three years would see few appearances in familiar places for Dustin Zito. Starting in 2014, he’d show up in The Challenge (And The Challenge: After the Show) in Free Agents: Best of the Worst and Free Agents: Love in the Fast Lane episodes. He would also appear in the challenge through 2014 and 2015 in the Battle of the Exes II series. 2016 would see him only appear in Love in the Real World. Outside of these appearances, he seemed to be keeping a rather low profile to handle personal issues and formulate a more long-term professional plan through speaking engagements.

As of 2017, things have gotten rather quiet for Dustin Zito. Most of his activity has been on his self-named Youtube channel, which has a total of under 1,000 views for 2018, where he shows off some snowboarding skills in a video uploaded in March and a helicopter ride in May. After this, Zito appeared on television again for the Dirty 30: Final Dirt finale. He also appeared on the “MOD GENT” podcast and has been pretty active on Twitter by his username @dustinzito. Apparently, he is also available for speaking bookings upon request.