What Happened to Joanna Krupa? – 2018 Update 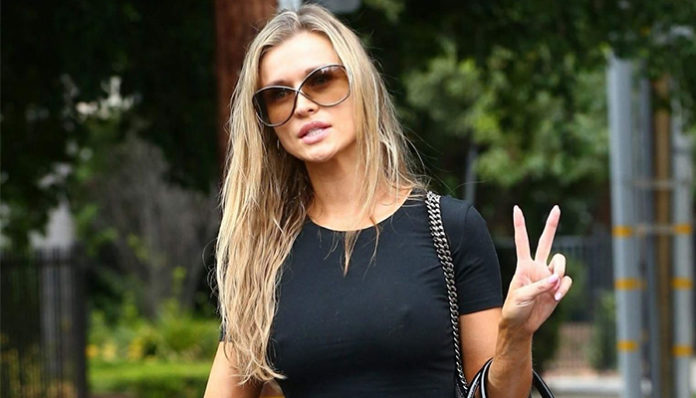 A Polish actress and model, Joanna Krupa is perhaps best known for her role in Bravo’s reality series, The Real Housewives of Miami. Originally from Poland, she moved to the United States with her family while still in grade school. Blessed with good looks, she eventually started to work as a model in her early twenties; some of the magazine covers that she’s graced over the years include Inside Sport, Envy, Steppin’ Out, and Maxim, to name a few. At one point, she was even featured on the cover of Playboy.

Later involving herself with acting, Krupa appeared briefly in an episode of ER in 1994. From there, she played “a beautiful girl” in the comedy film, The Underground Comedy Movie (1999). Ultimately, it wasn’t until the early 2000’s that she started to land bigger roles; for instance, she had played the Jugga Dancer in The Man Show in 2002. Continuing to act over the next few years, the blonde added a few more credits to her name including Max Havoc: Curse of the Dragon (2004), The Dog Problem (2006), Scary Movie 4 (2006), and Ripple Effect (2007). Then in 2009, she landed a spot on ABC’s dancing competition series, Dancing with the Stars. Partnered with Derek Hough, her time on the show yielded her a decent amount of fame.

Over the next few years, she involved herself further with reality television. For instance, she participated in Million Dollar Challenge and hosted Poland’s Next Top Model (the latter of which is still ongoing as we speak). Perhaps the greatest highlight of her TV career so far, however, is her time on Bravo’s The Real Housewives of Miami. Introduced in season two, she remained on the show for two years, up until the series wrapped up in the fall of 2013.

What has the blonde been up to since the end of the Bravo series? Has she appeared in any other titles recently? What happened to Joanna Krupa? Where is she now in 2018? Let’s find out.

Born on April 23, 1979, in Warsaw Poland, Joanna Krupa is the oldest of two siblings; she has a younger sister named Marta, who also works as a model. Raised Roman Catholic, she spent the first five years of her childhood in Europe, before immigrating to Illinois, Chicago, with her family in 1984. As a student, she went to Mary Lyon Public School, after which she attended Steinmetz High School.

Interested in acting, the blonde eventually made her (unofficial) television debut in an episode of ER in 1994. A few years later in 1999, she played the part of “a beautiful girl” in the comedy film, The Underground Comedy Movie, which also served as her big screen debut. From there, a string of roles soon followed including, Son of the Beach (2000), Planet of the Apes (2001), and The Man Show (2003).

Around that same time, she also got into modeling. With her good looks, she had no difficulty appearing on various magazine covers including Shape, Envy, Stuff, Inside Sport, Maxin, and Steppin’ Out. In fact, she had quickly earned herself the title of being one of the world’s hottest women. In 2004, she was voted by readers as being Model of the Year on Maxim.

Later in 2009, she received a small break after landing a spot on the ninth season of ABC’s dancing competition series, Dancing with the Stars. Partnered with Derek Hough, she made it through several episodes before being eliminated in week nine. Some of the songs that they danced to included The Best Is Yet to Come, What I Like About You, The Look of Love, and Whatever Lola Wants. Thanks to the show, her popularity rose a decent amount by the end of the year.

Soon afterward, another opportunity came her way in the form of the Polish reality series, Top Model. Based on America’s Next Top Model, the show features a number of aspiring models, all of whom compete for a chance to launch a successful modeling career. Hosted by Krupa herself, who also serves as the lead judge, it premiered on TVN, a popular Polish network in September 2010. Considerable popular among audiences, it has been running ever since; the last that we heard, the show was in its sixth season. Aside from the blonde, the judges’ panel also included Marcin Tyszka, Karolina Piotrowska, Magda Mielcarz, and Dawid Wolinski.

In 2012, Krupa was cast in the American reality series, The Real Housewives of Miami, which premiered on Bravo in 2011. The seventh installment of the franchise, she was introduced in the second season, alongside Lisa Hochstein, Ana Quincoces, and Karen Sierra. Remaining on the show for the next two years, she ultimately stayed until 2013, when it all wrapped up. Following the final episode, a reunion was filmed in New York City in October 2013, one that saw the actress in attendance.

Since then, she hasn’t starred in any major television series or films. Having said that, Krupa has appeared in several talk shows over the years including The Doctors, Inside Edition, Sex with Brody, The Domenick Nati Show, and Hollywood Medium. In 2015, she had also presented The World Dog Awards.

As far as we know, Joanna Krupa is currently not in a relationship. Up until earlier this year, however, she was married to Romain Zago, a businessman, and nightclub owner. After a few years of dating, they had tied the knot on June 13, 2013, in Carlsbad, California.

An animal rights activist, the blonde has supported PETA on several occasions in the past. For instance, she has posed for numerous ad campaigns, including one that saw her covered in full body paint in 2015. According to one of her interviews, she was first motivated to promote the animal rights organization after watching a video of animals being skinned alive for their fur in China.

What is Joanna Krupa Doing Now in 2018 – Recent Updates

What has the reality star been up to this year? For one thing, she recently starred in the thriller film, You Can’t Have It (2017) alongside Armand Assante and Matthew Pohlkamp. Directed by Andre Gordan, it was released in the United States on March 17, 2017.

Other than that, she’s made a few appearances here and there in the shows Love of Dogs: Dog Rescue Beyond Borders, Hollywood Medium, and Battle of the Network Stars. According to IMDb, she will also be appearing in the upcoming documentary, Growing Young, which is currently in the post-production stages.

Speaking of forthcoming projects, she has a few new movies coming up, Street 2 Death Fight, Another Day in Paradise, and In the Blink of an Eye.