What Happened to Kim Richards? – 2018 Update 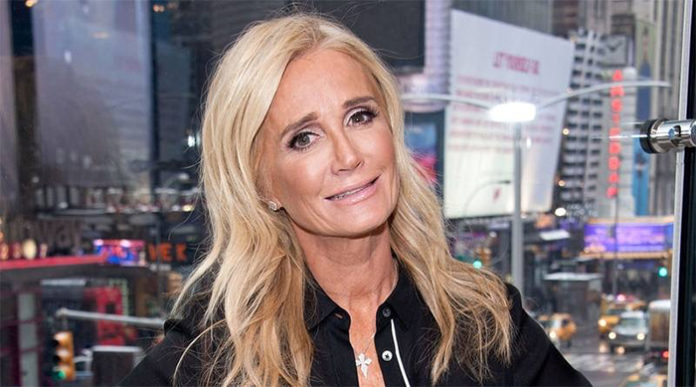 A former child actress, Kim Richards has been involved with television since the early 70’s. Having launched her career as an infant, she landed her first role in the sitcom, Nanny and the Professor at the age of six. Continuing to appear on-screen over the next years, her list of credits soon included Walt Disney’s Wonderful World of Color, Nanny and the Professor, and The Picture of Dorian Gray. In 1973, she was cast in her second sitcom, Here We Go Again, where she starred alongside Larry Hagman, Diane Baker, and Leslie Graves.

A couple of years later, she appeared in the feature film, Escape to the Witch Mountain. More titles soon followed including No Deposit, No Return, Assault on Precinct 13, and The Car. From there, Richards eventually joined the cast of James at 15/16 in 1977. Carrying on with acting into the 80’s, she involved herself with several shows such as The Dukes of Hazard, Meatballs Part II, and Tuff Turf. Towards the end of the decade, however, her career had slowed down. Her last role prior to a 12-year-long hiatus was in that of a TV series titled, Escape.

Two years into the new millennium, Richards made her return in the television short, The Blair Witch Mountain Project. With that said, however, it wasn’t until 2010, after she was cast in Bravo’s The Real Housewives of Beverly Hills that she officially came back into the spotlight. One of the original cast members, the blonde remained on the show for a handful of years from 2010 to 2016 (she departed after season seven). Needless to say, the reality series has become one of the major highlights of her recent career.

Born on September 19, 1964, in Mineola, New York, Kim Richards is the daughter of Kenneth Edwin Richard and Kathleen Mary; she has two sisters, Kyle Richards, and Kathy Hilton, the latter of whom is from her mother’s first marriage. A child actress, she made her TV debut as an infant in a televised commercial for Firth Carpet. Later, when she was six years old, she landed her first official acting role in the sitcom, Nanny and the Professor with co-stars Richard Long, Juliet Mills, Trent Lehman, and David Doremus.

Created for 20th Century Fox, the television series premiered on ABC in early 1970. The brainchild of Thomas L. Miller and AJ Carothers, the plot centered around a magical nanny who takes care of the Everetts family (a story that played upon the success of similar shows at the time such as Mary Poppins). Following a three-season run, Nanny and the Professor wrapped up in December 1971.

Kim Richards as a Child Actress in the 70’s

Following that, she made a few scattered appearances on Walt Disney’s Wonderful World of Color, after which she landed a lead role in the sitcom, Here We Go Again in 1973. Another ABC series, its plot revolved around the post-divorce life of two couples, who are played by Larry Hagman, Nita Talbot, Duck Gautier, and Diane Baker. A rather short gig, the show ended after 13 episodes.

Over the next few years, Richards guest starred in numerous titles including Police Story, Little House on the Prairie, The Streets of San Francisco, Police Woman, and Medical Center. In between, she also took part in two major films, Escape to Witch Mountain in 1975, and No Deposit, No Return in 1976. Out of the two, the former was more successful, having pulled in $20 million at the national box office.

Towards the end of the decade, Richards landed another major role in the drama series, James at 15/16. Premiered on NBC in 1977, it told the story of James Hunter, an aspiring teacher who moves his family across the country to take a teaching job in Massachusetts. While Lance Kerwin took the part of the title character, Kim was cast as her younger sister, Sandy Hunter. Some of the other main cast included Linden Chiles, Lynn Carlin, and Ernest Pintoff.

Eventually appearing in Return from Witch Mountain in 1978, Richards went on to land another prominent role in the NBC sitcom, Hello, Larry, prior to the end of the decade.

Kim Richards in the 80’s

Over the next few years, Richards made a few guest appearances in the shows, The Love Boat, Alice, Magnum P.I., The Dukes of Hazard, and The Mississippi. Unlike her career in the 70’s however, she was obviously not as involved as she was before; for instance, she only took on small, minor roles.

Perhaps one of the greater highlights of her 80’s career is the comedy film, Meatballs Part II. Directed by Ken Wiederhorn, it served as the direct sequel to the 1979 film, which starred Bill Murray, Harvey Atkin, Kate Lynch, and Russ Banham. Though it received negative reviews, it managed to take in $5.4 million at the box office in the United States, which was a decent success.

Prior to the end the 80’s, she starred in another film- Tuff Turf. Released on January 11, 1985, the movie starred the actress opposite of James Spader. Set in Reseda, California, it revolved around a troubled teenager who struggles to make friends after relocating to Los Angeles for his parents’ work. Distributed by New World Pictures, the film ended up grossing over $9.3 million.

Following that, she made a brief TV appearance in 1990, before taking a prolonged hiatus- it wasn’t until 2002, that she returned in the television short, The Blair Witch Mountain Project.

In 2010, Richards came back into the spotlight after being cast in Bravo’s reality show, The Real Housewives of Beverly Hills. One of the original housewives, her co-stars included Taylor Armstrong, Adrienne Maloof, Lisa Vanderpump, as well as her sister, Kyle Richards. Premiered on October 14, 2010, the series proved to be a hit, with millions of fans tuning in every week. The greatest highlight of her recent career, she starred on the show for five seasons, before becoming a recurring character in 2015.

While filming for the Bravo series, she also took time to participate in the made-for-television movie, Sharknado 3: Oh Hell No!. The third installment of the Sharknado series, the main cast included Ian Ziering, Tara Reid, Bo Derek, Cassie Scerbo, and Frankie Muniz, most of whom were in the previous titles. To date, it remains to be her most recent acting appearance.

What is Kim Richards Doing Now in 2018 – Recent Updates

Though she’s no longer a main cast member on The Real Housewives of Beverly Hills, she has made a handful of guest appearances in the recent season.

As far as other programmings go, Richards has been invited onto many talk shows over the past two years including Entertainment Tonight, Dr. Phil, The Mother/Daughter Experiment: Celebrity Edition, and Access Hollywood, to name a few.

What else has she been up to recently? For one thing, she’s currently in recovery to stay sober. To help maintain this goal, the reality star has turned her attention to Skydog Ranch, an Oregon based non-profit that helps to provide volunteer opportunities for those who are in her situation (it also counts for her court-ordered community service). According to an interview, the owner of the organization has even agreed to become her sponsor since the two first met a little while ago. As far as we can tell, she’s well onto the road to recovery!