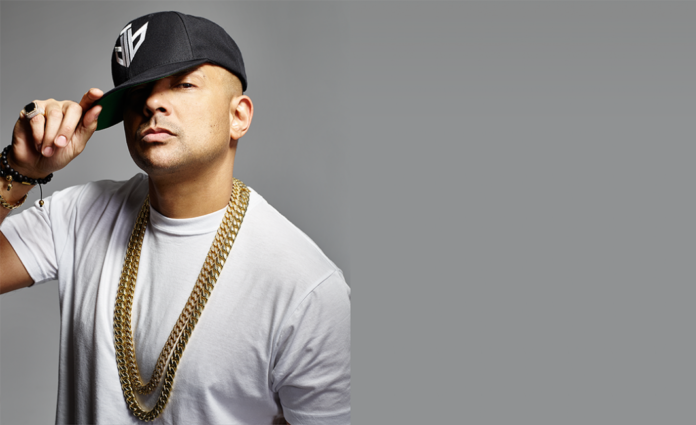 With one of the hottest tracklists in modern history, Sean Paul took over the 2000’s Hip Hop and Pop worlds with ease from Jamaica to Madagascar and everywhere in between. Electrifying onstage and causing absolute fires in the club, his name and distinctive sound can still be recognized decades after his first record. But as of 2017, he’s been somewhat away from the public eye. What has he been up to for the past few years? Here, we take a look at what made Sean Paul, and now what Sean Paul is making. Here’s what has happened to Sean Paul in 2017.

Sean Paul was born Sean Paul Ryan Francis Henriques on January 9th, 1973 in Kingston Jamaica. Born to Garth and Frances Henriques, musical talent was a part of his family as his mother was a well-refined pianist of Chinese, English and Jamaican ancestry, while water polo (another passion of Sean’s) took hold on his fathers side, as his paternal grandfather was on the first national water polo team, and his father played it in the 1960’s. In many ways, his family background embodies the very motto of his home country, which is “Of Many People”.

Primarily being raised around the Uptown Kingston area, Sean Paul went to two of the most prestigious schools on the island, Wolmers Boys School, and Hillel Academy, before then moving to the Belair School located about 50 miles away in Mandeville. During this time, he would show some interest in music but primarily focused on his studies and sports, where we would become amazing at water polo and swimming, representing his country in international competitions both at and outside of the island. After high school, Sean Paul took an interest in hotel management and decided to get a degree in it from the University of Technology, Kingston campus. During the last year or so of his studies, Sean Paul would get into Dancehall and Reggae music much more, and end up leaving his athletic ambitions behind. After graduating from university, he would work days in either as a chef at local restaurants or at a bank but would spend his evenings creating music and performing in front of ever-growing parties.

These parties would turn out to be the real path to Sean Paul’s success. Through these, he would find his start when he became friends with the group Third World who then introduced him to the icon Don Yute, who would continue to help him refine his skills. By 1997 he would release his first single, “Ladies Man” with artist Spanner Banner, though this did not quite take off despite his skills. In early 1998, Sean Paul would attend an open mic event in Kingston and would be seen by his future manager and producer Jeremy Harding, who went to the event on the advice of his brother. After a very brief meeting, Sean Paul would drop by the studio a few days later and would use his skills and similarity to Super Cat (an incredibly popular dancehall artist) to make some real hits with Harding’s beats.

After being picked up by Harding, Sean Paul would take a fast track to fame, with another set of singles “Baby Girl” and “Infiltrate” that gained a lot of airtime across the island and some international attention. After these two, Sean Paul would loosely associate with the Dutty Cup Crew, who included Don Yute, Mossy Kid and Luger Man, which gained him even more attention.

Sean Paul’s foothold in the United States came from two primary roles within the gangster film, Belly which was released in 1998.The plot of this film is around a pair of gangsters in Jamaica who try to relocate and change their lives as they enter Manhattan. Sean Paul had a cameo in the film, as well as worked with DMX to produce “Here Comes the Boom”, one of the hits that came from the film. Despite the film not making a lot of money (around $6 Million in profit) it did maintain itself as a cult hit and got Sean Paul in touch with the right people like the aforementioned DMX and Mr. Vegas. By the start of next year, he would also record “Hot Gal Today” which was a song used in the movie Shaft. These two songs would set him up nicely for what would become a killer year in 2000. 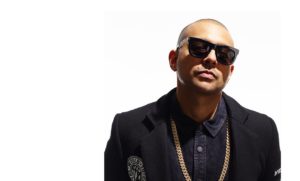 In 2000, Sean Paul would release his first album, Stage One under the Universal label. This would include both his earlier works as well as plenty of new materials alongside a few other artists within his label. It’s interesting to note that at the time, he would still go by his name Sean Henriques in the track listing despite his stage name taking center stage on the album cover. Most of the music of this album would be very familiar in tone to most Sean Paul fans, though many of the beats would have a surprisingly gothic feel to them despite lyrics that were anything but. The major hit of Stage One would be Deport them which got a significant amount of airtime and would help the album get just inside the top 100 R&B albums, and number 2 on the charges for Reggae.

The year after that, Dutty Rock would be worked on, which really pushed Sean Paul’s dancehall sensibilities. Working with a team from (of all places) Toronto, which included choreographers and artist Jae Blaze, Sean Paul’s sophomore offering rose to heights his first could only dream of. Featuring hits like “Gimme the Light”, “Get Busy” and “Like Glue”, this one released in 2002 was the club and dancehall banger everyone knew Sean Paul could make and with some of the best dance choreography in the business, he certainly didn’t disappoint. This album would be much more upbeat and fast-paced, with slightly less Patois than his previous music but not missing his signature sound. Partially due to the music videos being widely distributed by both MTV and BET, he would win the Reggae Album of the Year in 2004, and be nominated as a top rap album for the same year. As an added bonus, he would be asked to add some vocals for Beyoncé’s number one hit “Baby Boy” around the same time.

Sean Paul ended up riding the success of Dutty Rock for a few years, touring and working alongside several other pop and hip-hop stars. By 2005 however, the itch to create got to him and he went on to create The Trinity, which somehow managed to top his previous album in terms of wide-reaching appeal. This record absolutely killed it when it came to hits, featuring music videos which would garner hundreds of millions of views including “Temperature”, “Give it up to me”, “Never gonna be the same”, “We be burnin” and “ever blazin”. The album itself would hit double platinum in Canada and France, Platinum (1,000,000 sales) in the United States, and gold in Germany, Switzerland and the United Kingdom, with charts ratings being mostly in the top 10 across the entire planet. In 2006, for his efforts, he was nominated for pop single of the year for “Temperature”, male artist of the year, rap artist of the year, and top 100 single of the year, though barely losing out on each. He did, however, win an AMA award, beating out the rising star that was Kanye West. Ever humble, for the next few years he would leverage his own fame and sound to help artists from his home through the Riddim Driven label, and returned to Jamaica to perform the opener for the Cricket World Cup, where the West Indies team didn’t quite live up to expectations with a 5 and 2 record.

Imperial Blaze would be Sean Paul’s next album and have a much more family feel to it. Sean Paul mentioned that the name came from the idea of the “King’s Fire” which could be seen as the internal inspiration, that which lights up what you want to do, so to speak. Unlike previous albums, there was a lot more romance intertwined in with this album, likely due to him developing a more serious relationship with Jodi Stewart who is a TV host from Jamaica. All the songs from this album were made free on Myspace and quite a few featured his own brother, Jason “Jigzagula” Henriques. In 2010, Sean Paul would help hold a benefit concert for Bustamante Hospital for Children to buy new equipment, and featured songs from himself and Shaggy. The next album, Tomahawk Technique would grab a nomination for the best Reggae album during the 55th Grammy’s, but would otherwise not gain much attention outside the singles Got 2 Luv U and She Doesn’t mind, though during this time he would surprise everyone by jumping over to guest star in a folksy rock song from Simple Plan called “Summer Paradise”, and then jump again to electronic music to help in the song Bless Di Nation from Congorock and Stereo Massive.

What is Sean Paul doing now in 2018 – Recent Updates

As of 2017, Sean Paul is hitting a resurgence that has been building since 2014 with the release of 2014. Taking on significantly more poppy influences, Paul has worked with Damien Marley, 2 Chainz, and Nicki Minaj to name a few, and was featured in the song “What About Us” by the Saturdays which was a U.K. chart-topper. Between these albums, Jodi and Sean got married and soon after the release of the Sean Paul remixes of Sia’s Cheap Thrills and the Little Mix track “Hair”, they would also announce that they were expecting a child in the following year. Near the end of 2016, another huge hit “Rockabye” was released from Sean Paul working with Anne-Marie and Clean Bandit, which spent a total of 9 weeks in a row as the number one song and still can be heard on many radio stations. As for 2018, it’s looking like a great year for Sean Paul. It’s been confirmed Sean Paul is working on yet another album which s sure to be a hit, and as of February 26, 2017, Sean Paul is the proud father of Levi Blaze and is up for the MTV Europe Music Awards best song for the aforementioned Rockabye. Staying humble, working hard, and remaining one of the top artists in the world has suited Sean Paul for decades, and it seems he has no intentions of that changing anytime soon.