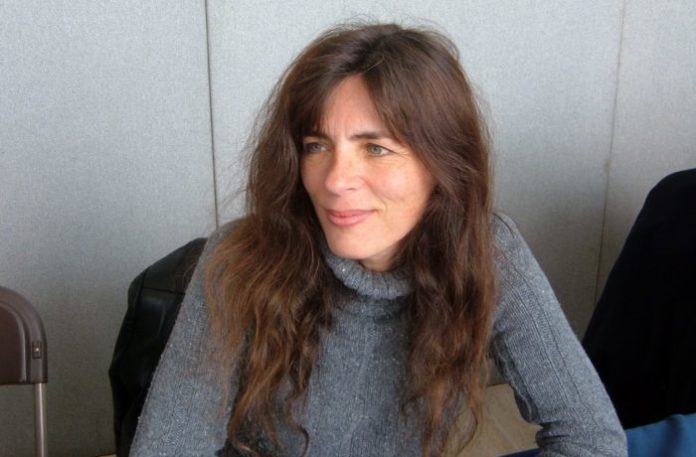 Mira Furlan is a broadly overlooked actor, she has a few major hits under her belt, but she never exploded in the way she really should have. She was born in Croatia, and much of her early work was under the Communist regime in the former Yugoslavia. She moved to the US in 1991, and almost immediately landed a leading role in, to my mind, the best Science Fiction show ever made, Babylon 5. IN the years since it ended she only managed one more major role, in the cult favorite Lost. I never got around to the show, to be honest. They announced early on that they were writing by ear, and I feel like that diminishes the point of long-running myth arc-driven television. Kinda like the opposite of Babylon 5 in a lot of ways.

So let’s take a look at Mira Furlan’s life, see where she went, and what she is up to now.

Mira Furlan was born on the 7th of September 1955 in Zagreb, PR Croatia, back when it was part of the former Yugoslavia. She graduated from Zagreb University, and joined the Croatian National Theater, quickly becoming a fixture of Yugoslavian television. She also pursued music as a side career, fronting the band Le Cinema for a number of years. After the death of Tito in 1980 the former Yugoslavian states saw a massive increase in sectarian violence, culminating in the early nineties. Due to the hostility at home, she moved to the United States in 1991 and continued acting.

Not long after stepping off the plane she landed a major role in a pilot movie called Babylon 5 The Gathering. It was not all that well received, and going back to watch it now it is a little tough to get through, but luckily it was picked up, and production began in 1994. The show would go on to be one of the most influential sci-fi shows of all time, in no small part due to the performance of Mira Furlan. 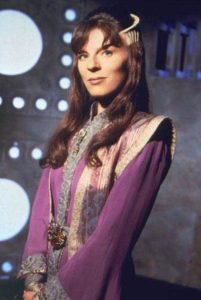 Furlan played Delenn, Ambassador for the Minbari Republic, for the entire duration of the shows run. She brought her tremendous skill to the table, playing the initially secretive, calmly imposing woman who would spearhead the defense of the galaxy. The weird thing about Babylon 5 is the fact that the overarching story sounds ridiculous, but the sincerity of the performances and the excellent character work from the cast makes you believe in it. More so than any other TV program B5 set the standard by which all myth arc based shows would be judged, and the current deluge of serialization owes credit to this one.

Life after Babylon 5 for Mira Furlan would prove to be a bit of a mixed bag. Returning to Europe for a while she acted in both TV and film, but the quality of the work was far from top tier. Worst of all she would be out of the limelight in the US, and once you’re out it is very hard to get back in. The Late nineties were a bit of a low point from my perspective, but I am sure she disagrees with that, after all, I tend to only watch shows in English, a bit of a limitation when looking at the career of polyglots. She returned to US screens in a big way in 2004 when she was cast in Lost.

Personally, I think Lost is an overrated mess of a TV show. The writers had no idea where anything was headed, and while that made it easy to write compelling cliffhangers, it made it impossible to create satisfying conclusions. Furlan played Danielle Rousseau, appearing in twenty-five episodes over the shows six-year run. She joined with former B5 co-star, and former bandmate, Bill Mumy to appear in Star Command, and much like yesterday I still cannot find out much on that show. Her career is still going strong, with a recent recurring role in Just Add Magic, an Amazon original, and more work in her home country of Croatia.

What is Mira Furlan doing now in 2018 – Recent Updates

Mira Furlan is still acting. She has taken on fewer roles in the last few years, true, but next year she is appearing in Burning At Both Ends, a world war 2 film that stars Cary Elwes, the guy from The Princess Bride. She is also very active in the Croatian theater scene. Will be nice to see her stateside again at some point, and if J Michael Straczynski ever gets around to producing more B5 content she could reprise her role, seen as we know she is alive 200 years after the events of the show.