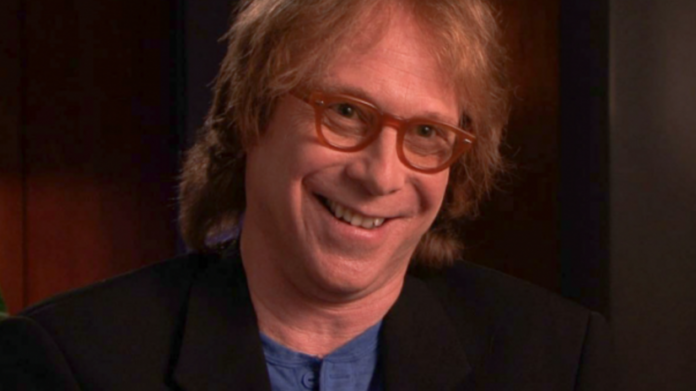 Bill Mumy is a bit of an oddity in the Babylon 5 cast, not only is he still alive, he is also better known for his role in an earlier Sci-Fi show, Lost in Space. He was the original Will Robinson on the show. His early career as a child star went on for a while, but by the mid-seventies, it had all but dried up. He didn’t surface again until the mid-eighties, where he showed up in a number of early comic book adaptations and even moved into voice-over work, it wouldn’t be until the mid-nineties that he entered the mainstream again, with his excellent performance as Lennier in Babylon 5. The remainder of the nineties were lackluster, and in the 2000s his career all but petered away. A shame, but has been keeping busy with a number of projects, and of course his music.

So let’s take a long look at Bill Mumy’s career, and see where he might be going in the future.

In many ways, Bill Mumy’s early career was his mainstream career, seen as most of his hit shows were made back when he was still a kid, but this is my format and I am sticking to it. He was born on February 1st, 1954 in San Gabriel California, the son of a cattle rancher. He got his start in acting at age six, appearing in National Velvet back in 1960. It would not be long before he was acting in science fiction though, and the young Mumy was a recurring fixture on the anthology show The Twilight Zone, starting in 1961 and ending in 2002, admittedly there was a 30-year gap in there at least once, but still, impressive.His work in the sixties includes all the old favorites, like Bewitched, I Dream of Jeannie, The Monsters, and of course Lost in Space, the role for which he is still most well known for.

The original Lost in Space ran for three years, from 1965 to 1968, with Mumy playing the young Will Robinson. He appeared in all 84 episodes of the original run, and usually teamed up with the robot, leading to the well-remembered quote “Danger, Danger Will Robinson”. Mumy’s career in the seventies was a little lacking, but then he was in his late teens, and likely wanted to take a break from acting. He returned to the fold in the late eighties, appearing in a number of comic book movies, but as we all know the Marvel films made before Spider-Man in 2002 all sucked. Thankfully he was cast in Babylon 5 in 1994 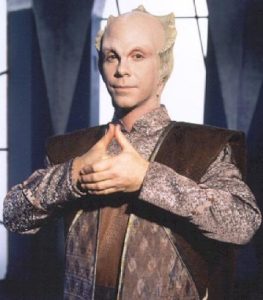 Bill Mumy played Lennier, aid to Mira Furlan’s character Delann. Another edge to the cast, Mumy played him meek for much of the shows run, only occasionally showing off a man capable of defending himself and those around him. I’ll b honest, he was never the most exciting person to watch. He performed very well, but the character as read was less interesting than the likes of John Sheridan and Susan Ivanova. Still, he was important in terms of universe crafting, adding another lens with which to view the world of B5. By season 5 he had only started to come into his own, with his poise broken, and his love for Delenn beginning to turn ugly, but then the show was canceled, and the Telepath War happened off screen and his fate was left ambiguous. A real shame, as Bill Mumy has proven time and time again that he has the range to play any character.

During B5 he teamed with a number of other actors to form a band of the show. They released a record in 1996, and honestly, it was not bad. Nothing to write home about, but music would prove to be a long-running passion of Mumy. He is a multi-instrumentalist, playing Banjo, Guitar, Keyboard, harmonica, percussion and other instruments. He has had some success with his writing partner Robert Haimer, forming the comedy duo Barnes and Barnes. Their biggest hit was Fish Heads, released first back in 1978.

After Babylon 5 Bill Mumy’s career slowed. He showed up in a number of critically acclaimed shows, but mostly in bit roles. He likely doesn’t need the money, with a successful band in the eighties and two historic Science fiction shows under his belt, but it is still a shame that he didn’t do more in the nineties and two thousand. He took on voice-over roles in the early 2000s, including Buzz Lightyear of Star Command, which actually starred former B5 co-star Stephen Furst, and Transformers Rescue Bots.

In 2006 Bill Mumy got to work with Jonathan Harris one last time, even if it was posthumously. Harris, famous for his role in Lost in Space playing Dr. Smith the prissy villain. Before he died to recorded narration work for The Bolt that Screwed Christmas. The directed included a scene that reunited the cast of Lost In Space, as the Ratchet family.

What is Bill Mumy doing now in 2018 – Recent Updates

In the last few years, Mumy has been busy with music and acting. In 2016 he appeared in Space Command, a science fiction show that has almost no online footprint. Seriously, I spent a solid ten minutes trying to find the few episodes that were produced to no avail. He is set to appear in Agent Frank Scudder of Project Blue Book, an X-Files/Twilight Zone 50s throwback show about paranormal investigation. The trailer runs the risk of intentional kitsch, but it is a great concept. Mumy is cast as Agent Blue Monday, and I love that name. Here’s hoping it does well. Nice change of pace ending one of these without the notice of death.