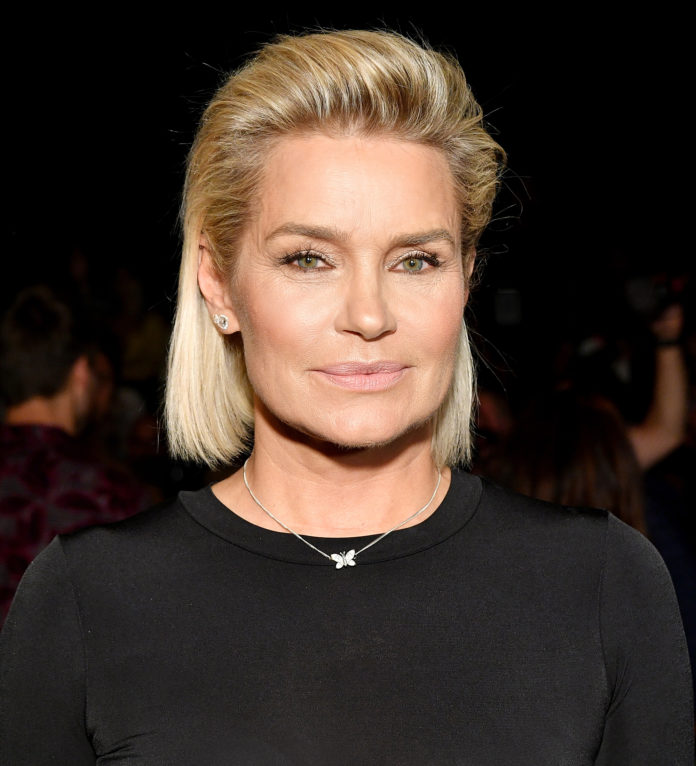 The lifestyles of many rich and famous people are misrepresented, but the model, fashion designer, and actress Yolanda Hadid is definitely the real deal. Hadid is known as one of the biggest stars of Bravo TV’s The Real Housewives of Beverly Hills – and for good reason. The multi-talented star has built her own brand as a successful model and fashion designer. Hadid boasts a net worth that makes her co-star’s life savings look like pocket change and a lifestyle also makes the average Instagram peacock look homeless.

While many stars on The Real Housewives of Beverly Hills boast massive net worths, Yolanda Hadid is by far one of the richest. Hadid became famous after marrying the multi-grammy award-winning Hollywood producer David Foster in 2010. Foster is worth an impressive $30 million, but his former wife’s net worth overshadows even that. Hadid and Foster divorced amicably in late 2015. Hadid was reportedly granted a small settlement, but sources stated that it “was not enough to retire”. Foster did however granted her a “generous” property settlement, however.

Yolanda Hadid was estimated to be paid $100,00 per season on The Real Housewives of Beverly Hills. But long before her appearance on the show, Hadid was a model with the famed Ford Models for over 15 years. She appeared for many notable luxury brands during this time and was given paychecks to match the prestige of those brands. Hadid has passed down her genes to her children as well – all three of them are successful models. Although she is past her glory days as a model, her children’s newfound prestige has allowed her to further build her brand.

How Did Yolanda Hadid Earn her Money and Wealth?

Yolanda Hadid was born as Yolanda van den Herik January 11th, 1964 in Papendrecht, the Netherlands. She was raised by her parents on a small farm in the province of Holland. When she was seven years old, her father died in a car accident. This put her family in a difficult financial situation. Hadid and her brother Leo took up many part-time jobs to keep their family afloat. She performed tasks such as waitressing and dishwashing from a young age.

When Yolanda Hadid was 16 years old, she did a hair show for one of her friends. While working at the show, she was asked by the fashion designer Frans Molenaar to replace an injured model on the runway. While cruising down the catwalk, Hadid caught the eye of Eileen Ford – one of the owners of the famed Ford Models. Ford Models remains one of the most successful model companies in the world today. For over 15 years, Hadid modeled for luxury brands all over the world.

In the early 90s, Hadid decided she wanted to settle down and start a family. While her age had not caught up with her looks then (and they still haven’t), she felt more drawn to having children of her own. She married real estate developer Mohamed Hadid in 1994. Hadid moved to Los Angeles with Mohammed and his two daughters shortly after. The couple had three children of their own together as well.

Mohamed and Yolanda Hadid’s relationship was short-lived, ending in 2000. Judging by what Yolanda received in the settlement, the divorce may not have been that amicable (although what she received may have been pocket change to her ex-husband). At the time, Mohamed Hadid was worth an estimated 60 million. Yolanda was granted 3.6 million in cash, ownership of the couple’s $6 million Malibu mansion, and ownership of Hadid interiors. She also was given a Cadillac Escalade, a Range Rover, and even an Arabian Horse. Yolanda also received 30,000 a month in child support until she married her second husband in 2011.

In November 2011, Yolanda Hadid married Grammy award-winning producer David Foster. Their marriage was the subject of much public attention and ultimately helped Hadid secure an appearance in The Real Housewives of Beverly Hills. She first appeared in season 3 of the show, which began on November 12th. Hadid was a member of the show’s cast until its 6th season, ending in May 2016.