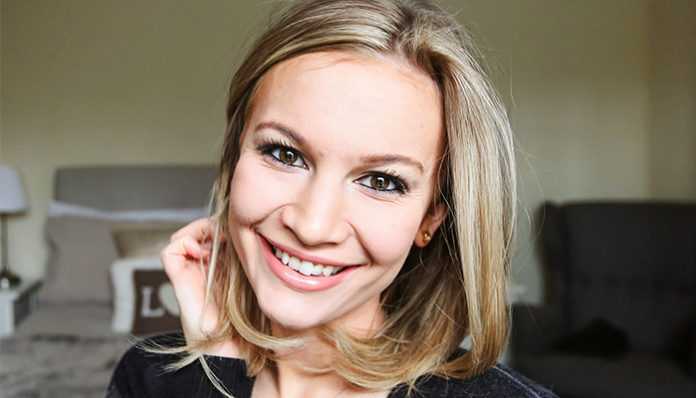 A social media celebrity, Anna Saccone-Joly is best known for her family’s YouTube channel, which she runs alongside her husband, Jonathan. Incredibly popular, their videos have earned them more than 1.8 million subscribers to date. Based in the UK, the couple has three children named Alessia, Eduardo, and Emilia.

In addition to her and her husband’s YouTube channel, she also has a personal channel, which was formerly known as TheStyleDiet. Dedicated to topics such as fashion, beauty, and baking, she also has a lifestyle blog that goes hand-in-hand with her videos. As of 2018, it has gained over 1.1 million subscribers.

With the audience that she has online, how much is she able to pull in from her YouTube channels? How profitable are her two accounts? From what we can gather, Anna Saccone-Joly’s current net worth is around $1.2 million. Where did most of this come from? What percentage of it came from her and her husband’s success on the video platform? We’ll be discussing some of these questions below, so stay with us.

How did Anna Saccone-Joly Make Her Money & Wealth?

Born on November 3, 1987, in Baltimore, Maryland, Anna Saccone-Joly is the oldest of three siblings; she has two younger sisters named Erika and Emma. After graduating from high school, she studied at University College Cork and St. Angela’s College in Ireland. Then, sometime later, she married her husband, Jonathan Saccone-Joly.

In 2008, she launched her personal YouTube channel under the username, TheStyleDiet. Dedicated to fashion, beauty, and lifestyle, it wasn’t long before the blonde’s vlogs started to catch the attention of viewers. Today, she uploads new videos three times a week, on Monday, Wednesday, and Fridays.

As of 2018, she has amassed over 1.1 million subscribers, with more than 150 million views. Today, her most popular video, What’s in my Hospital Bag – 37 Weeks Pregnant has been viewed more than 2.7 million times. With the viewership that she has, how much is she able to earn from her YouTube channel? Based on our calculations somewhere around ~$300,000.

In addition to her personal channel, the mother of three also runs a family channel called, SacconeJolys, with her husband, Jonathan. As it happened, making the channel was ultimately his idea. An overall success, their videos have since gained them over 1.8 million subscribers, with more than 712 million views, over the past several years.

Even more popular than her personal channel, SacconeJoly’s videos receive a fair amount of viewers on a regular basis. In fact, their most popular upload, Lives Changed Forever (featuring the birth of their daughter, Emilia) has been viewed nearly 5 million times alone!

Given that the SacconeJolys channel is also monetized, their pair would receive yet another stream of income. Considering their growing popularity, it wouldn’t be surprising if they were able to pocket a few hundred dollars a day from their videos alone. As their presence continues to grow on the site, it’s likely that it’ll also continue to go up.

Yes, she has been married to Jonathan Saccone-Joly, a fellow YouTuber for many years.

Does Anna Saccone-Joly Have Any Children?

Yes, she has three children with her husband, Emilia, Alessia, and Eduardo, all of whom have been featured on her channels.

Did Anna Saccone-Joly Go to College?

After completing her high school education, she went to study at University College Cork and St. Angela’s College in Ireland.

What is Anna Saccone-Joly Famous For?

Anna Saccone-Joly originally rose to fame for her beauty and lifestyle Youtube channel. Since then, her popularity has further increased with her and her husband’s family channel, SacconeJolys.

Anna Saccone-Joly currently lives in Ireland, with her husband and three young children. Further details are unavailable at this time.

What Kind of Vehicle Does Anna Saccone-Joly Drive?

Information on Anna Saccone-Joly’s vehicle is not available

How Much Money Did Anna Saccone-Joly Make Last Year?

Information on Anna Saccone-Joly’s salary for 2017 is unavailable

Most recently last year, she gave birth to her third child, a daughter named Alessia. In fact, she had uploaded a 9 Month Baby Update, just a few weeks back.

Want to stay connected to the mother of three? Why not follow her on social media? You can find her on Twitter at @AnnaSaccone or on Instagram at @AnnaSaccone. On Facebook, you can also give her a like on her official fan page here.