What Happened to Heather Dubrow? – 2018 Update 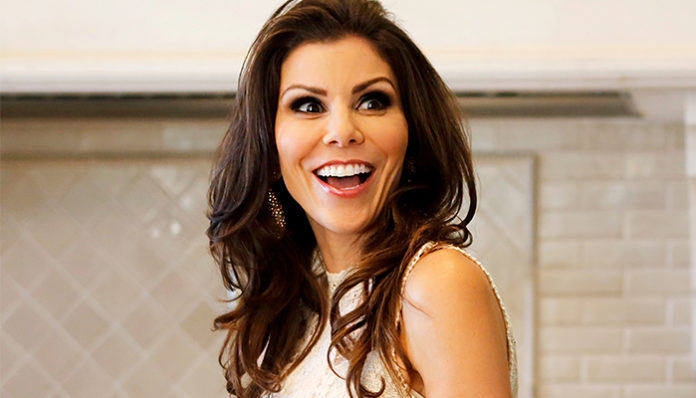 Hailing from New York, Heather Dubrow has been making television appearances since the early 90’s. A few years after completing college, she made her small screen debut in the sitcom, Married…with Children (1994). Deciding to explore the showbiz further, she eventually also appeared in the shows, Nowhere Man (1995), Life with Roger (1996), Jenny (1997), and The Norm Show (1999).

From there, she was cast in a recurring role in the NBC series, Stark Raving Mad (1999). With that said, it wasn’t until the arrival of the new millennium that she landed her first lead role in the comedy-drama, That’s Life (2000). Portraying the part of Margaret Keller, the series yielded her some degree of fame in the early 2000’s; at the very least, it had launched her acting career. Over the next years, Dubrow continued to take in part in various titles including The First $20 Million is Always the Hardest (2002), Surviving Suburbia (2009), and Chelsea Lately (2012), to name a few. At one point, she even appeared in the comedy film, Now You Now (2002).

Still, her presence on television had dwindled since her time on That’s Life– that is, until she was cast in Bravo series, The Real Housewives of Orange County in 2012. A change of scenery for Dubrow, who had been used to acting, the show effectively propelled her to fame on reality TV. One of the main stars, she ultimately stayed for five seasons, before making her departure in 2016.

What has the former RHOC celeb been up to since then? Has she returned for any guest appearances? If not, has she made any other appearances on television at all over the past two years? Aside from her TV career, what else has she been kept busy with? What happened to Heather Dubrow? Where is she now in 2018?

Born on January 5, 1969, in The Bronx, New York, Heather Dubrow was brought up in the town of New Castle in Westchester County. Though not much has been revealed about her early life, it’s known that she attended Syracuse University, where she successfully obtained a Bachelor’s of Fine Arts in 1990. Unfortunately, it’s unclear what she’d occupied her time with between her graduation and the launch of her acting career in 1994.

After attending a casting call, the New Yorker successfully landed her first acting role (albeit a minor one) in the sitcom, Married…with Children in 1994. Later that same year, she appeared in the made-for-television movie, Roseanne and Tom: Behind the Scenes (1994).

A string of television roles soon followed over the next few years, including the shows Men Behaving Badly (1997), and Carly (1998). In 1999, Dubrow also played Margaret Keller for close to two dozen episodes in the series, Stark Raving Mad.

Not long afterward, she received a breakthrough in her acting career after being cast as Lydia DeLucca in the comedy-drama, That’s Life (2000). Responsible for her rise to fame in the early 2000’s, her co-stars on the show included Heather Paige Kent, Peter Firth, Kristin Bauer, Debi Mazar, and Danielle Harris, to name a few.

Premiered in the fall of 2000, That’s Life revolved around the life of a young Italian-American woman and her family in suburban New Jersey. Well received, the series debut had attracted over 12.1 million viewers in the U.S. (despite having aired at the same time as the Summer Olympics Closing Ceremony).

Heather Dubrow on The Real Housewives of Orange County

In 2012, the brunette was cast in the bravo housewives series. The only housewife to have joined RHOC for the seventh season, she starred on the show alongside Alexis Bellino, Tamra Judge, Gretchen Rossi, and Vicki Gunvalson, among a few others.

Her most prominent television credit in the recent years, Dubrow ultimately remained on the show for four years, up until the end of season eleven in 2016.

What is Heather Dubrow Doing Now in 2018 – Recent Updates

Since her final appearance on RHOC, Dubrow has returned to television multiple times. For instance, she was featured on the talk shows, Entertainment Tonight, E! News, Hollywood Today Live, and S.E. Cupp Unfiltered last year. Back in 2016, she had also appeared a handful of times as a guest on the Bravo reality series.

She has not been very active in her acting career. With that said, she did play the part of Natasha in the series, Young & Hungry last spring.

Aside from her television career, the brunette is also a devoted stay-at-home mother. Together with her husband Terry, she has four children, Collette, Katarina, Maximillia, and Nicholas.

Want to see more from the TV star? Did you know that she’s active on social media? For instance, you can find Heather Dubrow on Twitter at @HeatherDubrow or on Instagram at @HeatherDubrow. On Facebook, you can also visit her official fan page by clicking here.