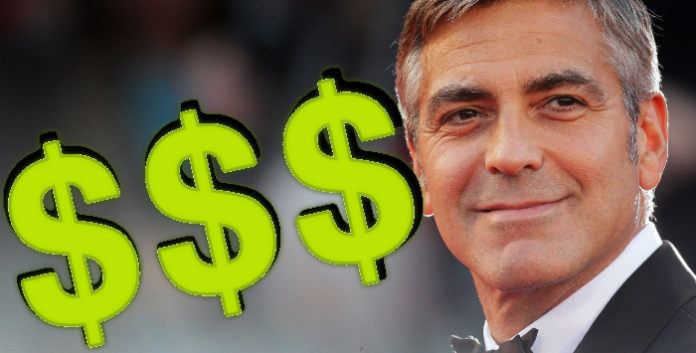 George Clooney, one of the most recognizable Hollywood icons, is a very rich man. Through his acting, writing, and other business endeavors, he has amassed a net worth of $500 million! Today, we’re taking a look at George Clooney’s wealth, business and life. Let’s get started!

How Did George Clooney Make His Money & Wealth

Here is the story of George Clooney and his $500 million net worth.

George was born in Lexington, Kentucky to Nina Bruce and Nick Clooney. His mother was a city councilwoman and a beauty queen, and his father was a TV host and anchorman. He attended several elementary schools before becoming a student at Augusta High School, where he was a grade-A student. He went to Northern Kentucky Unversity, from where he majored in journalism. Before his first acting gigs, he made a living doing all sorts of gigs – selling shoes, stocking shelves, doing construction work and even cutting tobacco.

His TV debut happened in 1978 when he played an extra in Centennial, a popular mini-series. He got his first larger role several years after in E/R (not ER, we’ll get to that).  During the next few years, he starred in many other TV shows and series, including The Facts of Life, The Golden Girls, Roseanne, Baby Talk and Sunset Beat. It was during this time that he also studied at a Beverly Hills acting school

Clooney first started gaining popularity for his role as Dr. Doug Ross on NBC’s drama series ER. He played the role from ’94 to ’99, often returning for several cameo appearances during the later season. For his role as Doug Ross, he received several awards nominations, including 2 x Primetime Emmy Award and 3 x Golden Globe Award. As he was gaining more and more fans, Clooney began starring in Hollywood movies. His first one was From Dusk till Dawn, in which he played a leading role. Together with Michelle Pfeiffer, he starred in One Fine Day, and later in The Peacemaker with Nicole Kidman. He also played Batman in Batman & Robin.

After he left ER, he opened the new millennium with two new successful roles, in The Perfect Storm and O Brother, Where Art Thou?. A year after, he landed one of his best-known roles, as Danny Ocean in Ocean’s Eleven, a popular heist comedy. The movie was so successful it inspired a sequel, Ocean’s Twelve in 2004, and then another in 2007. Clooney played the leading role in all three movies. During the next years, he played in more box office hit, such as Syriana, The Men Who Stare at Goats, Up in the Air, The  American, and Spy Kids, among others.

In the recent years, Clooney kept acting and winning awards for his roles. He expanded into writing and directing movies. He directed Suburbicon, co-produced Money Monster, and acted in Gravity, A Very Murray Christmas and Tomorrowland. 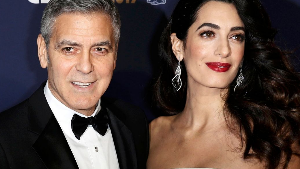 Yes, Clooney is currently in his 2nd marriage. He is married to Amal Clooney, a human rights activist and barrister (a type of a lawyer).

On average, Clooney nets $19M annually. To get a better look at his actual earnings, here are some recent figures. He made $20M for Money Monster, $10M for Hail, Caesar!, $25M by Tomorrowland, $20M + revenue shares for Gravity and $2M for The Monuments Men. 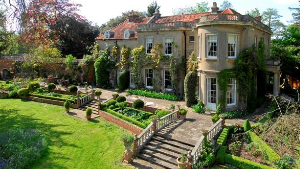 Clooney has several real estate properties. His main house is his Los Angeles 7300 sq ft mansion. He also owns a house in Italy, Mexico, and England. His most recent home is his and his wife’s island home on the Thames River, just outside of London, and it looks spectacular (pictured on the right).