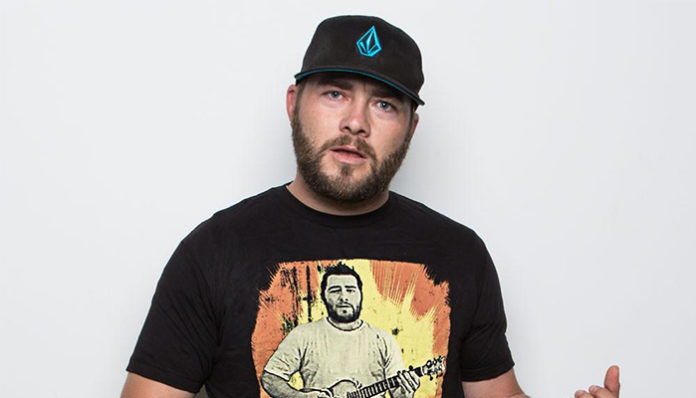 Hailing from Utah, Casey Lavere Butler originally rose to fame for his vlogs on his self-titled YouTube channel. The younger brother of Shay Carl, the founder of Maker Studios, he also has a second channel called Hushin’ With LaVere, which is dedicated to fishing, hunting, and preparing game.

As of February 2018, the YouTube star has gained over 850K subscribers across his two channels. Some of his most popular vlogs to this day include We Had a Baby, Super Sad Announcement, Most Epic Prom Proposal, and Pretty Pool Princess. Today, his videos regularly gain tens of thousands of views each.

With the audience and fan base that he has, how much has he successfully earned over the years? How lucrative has YouTube been for the father of four? Unfortunately, information on Casey Lavere Butler’s net worth is currently not available at this time. Since we’re here anyway though, let’s take a closer look at his career and online achievements.

How did Casey Lavere Butler Make His Money & Wealth?

Born on July 27, 1981, in Utah, Casey Lavere Butler is the second of four children; he has three siblings, Logan, Carli, and Shay Carl, the last of whom is noted for being the founder of the production company, Maker Studios. After spending the initial years of his life in Phoenix, Arizona, he moved to Pocatello, Idaho following his graduation. Ultimately, it was there that he developed a passion for fishing and hunting.

For a period, he was employed at a local steel mill- it wasn’t until the late 2000’s that he came up with the idea of monetizing videos on Youtube. Putting his plan into action, he created his first channel, CaseyLavere in April 2009. Encouraged by his brother Shay Carl, he began to post videos of family-friendly vlog to his page.

From then until now, he has amassed over 656,000 subscribers with more than 167 million combined views. An overall success, his most popular upload to date, We Had a Baby, has generated over 4.1 million views over the past three years.

How much has he earned from the YouTube channel? Assuming that he generates $2 to $5 in income for every 1,000 monetized views he receives and that 40% of his total views are monetized, he would have yielded anywhere from $130,000 to $330,000 to date (before YouTube’s cut).

But wait, there’s more- in addition to that, he also has second YouTube channel called Hushin’, which is dedicated to the sports of fishing and hunting. Though not as popular as his vlogs per se, his content has already gained him close to 200,000 subscribers as of 2017. Given that he’s also opted to monetize this channel, he would have another steady stream of income from YouTube.

Speaking of Hushin’, he has even launched an online store for his fans. Located here, he has a variety of items for sale including hoodies, beanies, and more. If you want to support his efforts, you definitely do not want to miss out!

Yes, he has been married to Kayli Butler, a fellow YouTube star for several years.

Does Casey Lavere Butler Have Any Children?

He has four children with his wife, Gage, Layla, Winston, and Brailee.

Information on Casey Lavere Butler’s education history is unavailable at this time.

What is Casey Lavere Butler Famous For?

Casey Lavere Butler is best known for his self-named Youtube Channel on which he currently has over 600,000 subscribers. In addition to that, he is also noted for his hunting/fishing channel, Hushin’ with LaVere.

For now, information on Casey Lavere Butler’s abode is unavailable. We’ll update this section as soon as we know more.

What Kind of Car Does Casey Lavere Butler Drive?

Information on Casey Lavere Butler’s vehicle is unavailable at this time.

How Much Money Did Casey Lavere Butler Earn Last Year?

According to his official website, the avid hunter will be hosting a Hush Movie Night later this year. For those who are interested, tickets are still available for purchase online. Other than that, he’s been working around the clock to get more videos onto his Youtube channels.

Want to follow Casey Lavere Butler on other social media outlets? You can find him active on Twitter and Instagram at @CaseyLaver. Alternatively, you can support him on his official Facebook page, which is located at @CaseyLavereOFFICIAL.