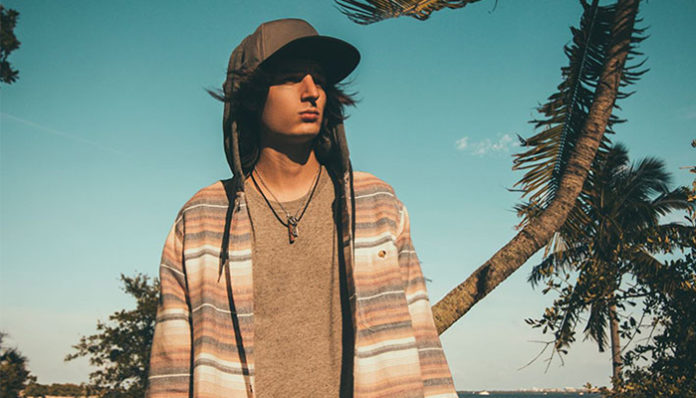 Originally from Venezuela, Danny Ocean is perhaps best known for his 2016 hit, Me Rehuso. Responsible for his rise to fame, it had peaked at number 13 on the U.S. Hot Latin Songs chart. Since then, he has come out with several additional hits including Vuelve, and Dembow, among others.

A pioneering independent artist, he has received a few industry accolades including nominations for a Premios Juventud for Artist Revelation, a Kids Choice Award for Favourite Song, and an MTV Millennial Award for Best Party Anthem. On Soundcloud alone, he currently has well over a thousand followers tuning in to his music.

With all that said, how successful is he? How well off is he from his music career? From what we can gather, Danny Ocean’s current net worth is around $100,000. Where do most of his earnings come from? How much of it stems from his record sales? Public performances? Does he have any other sources of income? We’ll be looking at some of these questions below, so be sure to keep on reading.

How did Danny Ocean Make His Money & Wealth?

Hailing from Caracas, Venezuela, Daniel Ocean (Real Name: Daniel Morales) launched his music career around 2009 under the moniker, Danny O.C.T. Unfortunately, not much is known about his early life at this time. Wanting to escape the bleak landscape of his home country, he eventually relocated to Miami, Florida, in 2015.

After settling down in the U.S., he worked several low-paying jobs to make ends meet. Feeling displaced and lonely, he wrote a song called, Me Rehuso in 2016- one that he had written while thinking about his girlfriend back home. Shortly afterward, he uploaded the track to his YouTube channel. Though it wasn’t an instant hit, it eventually caught traction and went viral, with hundreds of millions of streams online.

With its popularity, he subsequently released an English-language version titled, Baby I Won’t, later that same year. Another massive success, it ultimately earned him a record deal with Atlantic Records in the U.S.

Since then, Danny has released several singles including a clean remix of Baby I Won’t, which came out last fall. From there, he dropped the track Vuelve in December 2017. Well received by fans and critics, the official audio has already been played over 20.9 million times on YouTube, as of February 2018.

From then until now, the singer has dropped yet another track titled, Dembow. Made available just a day after Vuelve, it has quickly proven to become one of his most popular songs, with over 34 million plays on YouTube alone.

Speaking of YouTube, it’s likely that the artist also pulls in a decent amount of income through the ads that are displayed on his videos. To date, Danny has gained more than 2 million subscribers with over 1.1 billion lifetime views. Even if he were to receive $2 per 1,000 monetized views, his total view count would convert to earnings of approximately ~$900,000.

Assuming that his fan base continues to grow (which is likely if he continues to churn out new hits), his earnings and subsequent net worth will only go up in the near future.

Unfortunately, not much information is available on his dating history as he doesn’t talk about his personal life much.

Does Danny Ocean Have Any Children?

Did Danny Ocean Go to College?

Unfortunately, details on Danny Ocean’s education history are not available.

What is Danny Ocean Famous For?

Danny Ocean rose to fame for the single, Me Rehuso, which peaked at number 13 on the Hot Latin Songs chart in the U.S.

Danny Ocean currently lives in Miami, Florida. Photos of his abode are not available.

What Kind of Vehicle Does Danny Ocean Drive?

Information on Danny Ocean’s vehicle is unavailable at this time.

How Much Money Did Danny Ocean Make Last Year?

As mentioned earlier, his most recent single, Dembrow, came out on December 8, 2017. Last year, he also released Vuelve, Me Rehuso, and Baby I Won’t.

If you’re a fan, be sure to follow Danny Ocean on social media for a behind-the-scenes glimpse of his life! You can find the singer on Twitter at @Dannocean or on Instagram at @Dannocean. Alternatively, you can support him on Facebook, where he’s already received over 461K likes by clicking here.