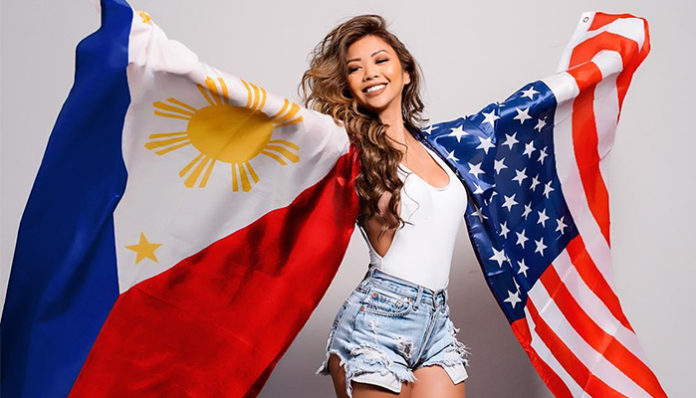 A social media personality, Liane Valenzuela has gained millions of followers across the globe over the past few years. On Musical.ly alone, the brunette currently has more than 7 million fans. Based in Los Angeles, her fame has led her to host many red carpet events for shows such as American Idol, The X Factor, and The Voice.

On top of that, music has also been one of her greatest passions. An R&B-leaning singer, she has released several songs since her debut including Creep, No One, Yeah Yeah Yeah, and Should I Let You Go, to name a few. Her extended play, No Cuffs, was made available in September 2016.

With all that she has going for her, how wealthy is the 31-year-old? How much has she made over the years? From our research, Liane Valenzuela’s net worth is currently around the $1 million mark. Where did she earn most of this from? What are her biggest sources of income and revenue? To answer these questions, let’s take a closer look at her career so far.

How did Liane Valenzuela Make Her Money & Wealth?

Born on August 22, 1986, in San Jose, California, Liane Valenzuela was brought up in the city of Modesto. Growing up, her parents ran a successful DJ company, which may have influenced her interest in music. Highly active as a teen, she participated in several sports including gymnastics, basketball, and cheerleading.

Ultimately, she launched her social media career in 2013, after joining the mobile app, Vine. Putting together various six-second clips, it didn’t take long for her to establish a solid fan base on the platform. In fact, by the time it was announced that the app would be shut down in early 2017, she had already become one of its top users, with more than 4.6 million followers.

Since then, she has continued to post videos on YouTube. Known for her comedic content, she has amassed more than 338,000 subscribers and over 13.1 billion lifetime views, as of early 2018. Today, her most popular uploads include No Mirror Makeup Challenge, Dance Skit Compilation, and A Bubble Dance Party in Jamaica.

Assuming that her YouTube channel is being monetized, she’d earn a decent stream of revenue from the ads that are displayed on her videos. For instance, given that she’s paid $5 per 1,000 ad views, she would have already earned close to $25,000!

On top of her successful online career, the California-native has also made a name for herself as a singer in the recent years. To date, she has released a number of popular songs, including Yeah Yeah Yeah, If I Could, Stupid, and Should I Let You Go.

In the fall of 2016, she even released her first extended play, No Cuffs, which boasted the tracks Losing Track, Wild Side, Mood, No Cuffs, and Curious, all of which proved to be big hits among fans. In fact, the music video for No Cuffs is her most popular video to date, with over 2.2 million views on her official YouTube channel.

No, she is not married. Since 2015 however, she has been dating model Don Benjamin.

Does Liane Valenzuela Have Any Children?

She does not have any children

Did Liane Valenzuela Go to College?

From what we can tell, Liane Valenzuela has not studied at college.

What is Liane Valenzuela Famous For?

Liane Valenzuela rose to fame on the mobile apps, Musical.ly, and Vine in 2013. From then on, she has also made a name for herself as a recording artist, having released several records over the past few years.

Liane Valenzuela currently lives in Los Angeles, California. Photos of her abode are not available at this time.

What Kind of Vehicle Does Liane Valenzuela Drive?

Information on Liane Valenzuela’s vehicle is not available.

How Much Money Did Liane Valenzuela Make Last Year?

Most recently, she released her latest single titled, Should I Let You Go on September 1, 2017. Some of the other songs that she came out with last year include Yeah Yeah Yeah and No One (Feat. Liane V), all of which were relatively popular.

If you haven’t already followed Liane Valenzuela on social media, you should! You can find her on several sites including Twitter at @LianeV and Instagram at @LianeV. If you’re on FB, she also has an official fan page which you can check out here.