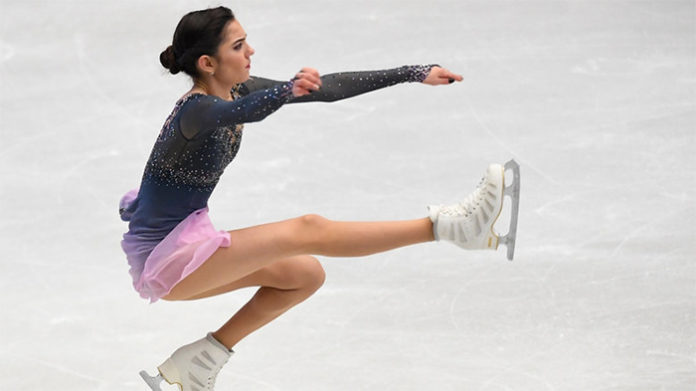 Known for jumping with her arms over her head, Evgenia recently received the gold medal at the 2017 CS Ondrej Nepela Trophy event. Since then, she has also finished second at the 2018 European Championships, a feat that earned her a ticket to the 2018 Winter Olympic (alongside Sotskova and Zagitova).

Considering her popularity and fan base, is it fair to assume that she’s doing fairly well for herself? How much does she make as a professional figure skater? Unfortunately, information on Evgenia Medvedeva’s net worth is still under review. Since we’re here though, let’s take a closer look at what she’s managed to accomplish on the ice so far.

How did Evgenia Medvedeva Make Her Money & Wealth?

Born on November 19, 1999, in Moscow, Russia, Evgenia Medvedeva has been skating ever since she was three years old. Taught by a number of coaches including Elena Selivanova and Lubov Yakovleva, it didn’t take long for her to climb up the ranks. At the age of fifteen, she made her senior national debut in Russia, where she finished eighth.

A year later, she made her international debut at the ISU Junior Grand Prix, where she won the gold medal. With that, she qualified for and participated in the JGP Final which took place in Fukuoka, Japan. After an impressive skate, she finished in third place. Later that year, she was asked to replace Sotskova at the 2014 World Junior Championships, after she had sustained an injury.  Though she didn’t manage to take home the gold medal, she did manage to finish third.

By the 2015-2016 season, she had become age-eligible to compete as a senior on the international level. Right off the bat, she won the 2015 Ondrej Nepela Trophy, as well as the ISU Challenger series. From there, she participated in the 2015 Skate America, where she defeated Gracie Gold, for the old medal.

Continuing to compete on the ice, she later also won gold at the 2016 Grand Prix Final, the European Championships, and World Championships.

From then until now, she has continued her winning streaks with many first-place finishes on the podium. In fact, she was recently named for the Olympic Team, representing Russia.

Hailed one of the most successful young people in Europe by publications such as Forbes and Business Insiders, her popularity has led her to a number of endorsement offers. For instance, she is currently sponsored by the blade manufacturer, John Wilson.

From what we know, Evgenia Medvedeva is not married, nor is she in a relationship.

Does Evgenia Medvedeva Have Any Children?

No, Evgenia Medvedeva does not have any children.

Did Evgenia Medvedeva Go to College?

Since last year, she has been studying at the Russian State University of Physical Education. Considering her hectic training schedule, she probably only has time for her studies during the offseason.

What is Evgenia Medvedeva Famous For?

Incredibly talented, the Russian figure skater has won a number of titles over the past few years. Later this month, she will be participating in the 2018 Winter Olympics in Pyeongchang.

She currently lives in her hometown in Moscow, Russia. Further information is unavailable at this time

What Kind of Vehicle Does Evgenia Medvedeva Drive?

Information on Evgenia Medvedeva’s vehicle is unavailable at this time.

How Much Money Did Evgenia Medvedeva Make Last Year?

Information on Evgenia Medvedeva’s salary is unknown at this time

A day after finishing second at the 2018 European Championships, it was announced that she’d be representing Russia at the 2018 Winter Olympics.

A fan of the skater? If so, why not follow Evgenia Medvedeva on social media? For those who may be interested, you can find her on Twitter at @JannyMedvedeva or on Instagram at @JMedevdevaj. If you’re on Facebook, you can also support her on her official fan page, which you can visit here.