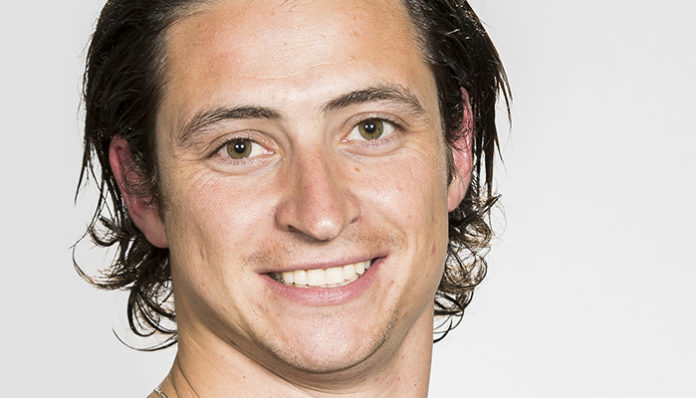 A Canadian ice dancer, Scott Moir has won numerous titles over the years with his partner, Tessa Virtue. Not only did the pair win the gold medal at the 2010 Olympic Winter Games, but they have also finished first at the podium three times at the World Championships- the last of which took place in 2017.

The holder of several world records, the two are currently the longest-lasting dance team in the history of Canada. Incredibly well known in the skating world, they have countless fans across the world. Later this month, Scott and Tessa will be competing at the 2018 Winter Olympics in Pyeongchang.

Taking his popularity, and success into consideration is it fair to assume that he’s doing fairly well for himself? How much has the athlete managed to bank from his career so far? How wealthy is he? From our research, Scott Moir’s current net worth hovers at approximately $2 million. Where were most of this earned? What are some of his greatest accomplishments to date? Let’s take a look at some of these answers below.

How did Scott Moir Make His Money & Wealth?

Born on September 2, 1987, in London, Ontario, Scott Moir is the son of Joe and Alma Moir. Raised in Ilderton, Ontario, he began skating at the tender age of three (not surprising, considering his mother is a figure skating coach).

Having inherited his mother’s talents, it didn’t take long for him to grasp the basic skills- in fact, he had already started to participate in competitions while still in grade school. When he was ten years old, the young skater was paired up with Tessa Virtue, by his aunt. Together, they trained with Suzanne Killing and Paul MacIntosih in Kitchener-Waterloo.

Within a few years of skating together, the pair had made it to the novice level for the 2001-02 season. Over time, as they intensified their training, they participated in more and more events. By 2004, they had won the Junior title at the Canadian Championships, which landed them a spot in the Canadian team at the World Junior Championships.

Since then, they’ve continued to progress in strides. In 2010, the pair took part in their first Olympic Games in Vancouver, where they successfully won gold in ice dancing. From there, they achieved podium-finishes at the Four Continents, World Championships, and Grand Prix Finals, before returning to the 2014 Winter Olympics in Sochi, where they won the silver medal.

On a roll, Scott and Moir will once again be competing for a gold medal later this month at the 2018 Winter Olympics in Pyeongchang. As if that wasn’t impressive enough, they were also named as the Canadian flag bearers in January 2018.

As it is, figure skating can be terribly expensive. Because of this, it’s not uncommon for skaters to participate in ice shows to recuperate some of their training costs- Scott is no exception. For instance, he regularly performs and tours with Stars on Ice on a yearly basis. Some of the other shows that he’s taken part in include All That Skate, Festa on Ice, and Shall We Dance on Ice.

No, Scott Moir is not married. As far as we know, he is currently single

Does Scott Moir Have Any Children?

No, Scott Moir does not have any children.

Did Scott Moir Go to College?

Due to his skating schedule, Scott Moir has not gone to college. For now, it’s unclear whether or not he plans on doing so in the future.

What is Scott Moir Famous For?

Scott Moir is best known as one half of the Canadian ice dancing team, Tessa and Scott. One of the most decorated duos in the country, they have won numerous competitions, including the 2010 Winter Olympics.

Scott Moir currently lives in Montreal, Quebec, where he continues his training.

What Kind of Vehicle Does Scott Moir Drive?

Information on Scott Moir’s vehicle is unavailable at this time.

How Much Money Did Scott Moir Make Last Year?

As we mentioned earlier, the pair will be competing in their third Olympic games later this month in Pyeongchang. In January 2018, it was announced that they would be the flag bearers for Canada.

Want to follow the ice dancer on social media? You can find Scott Moir on a few platforms including Twitter at @ScottMoir and Instagram @Scottmoir14 (though he’s not very active on the latter). On Facebook, you can also visit his fan page here.