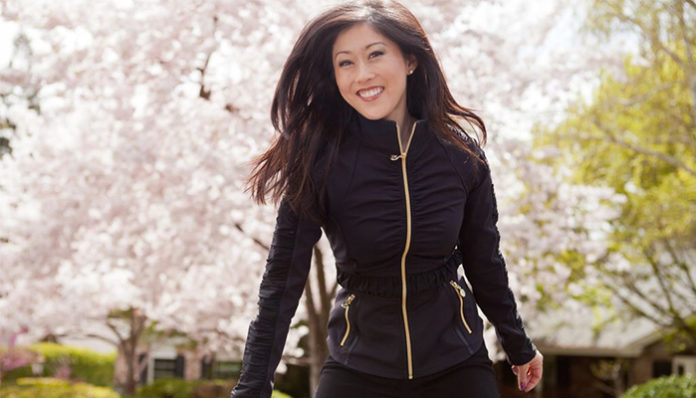 A former figure skater, Kristi Yamaguchi represented the U.S. in numerous competitions throughout her professional career. Not only did she manage to win the World Championships twice, but she had also received gold at the 1992 Winter Olympics. In 2005, she was inducted into the Olympic Hall of Fame.

Since her retirement, Yamaguchi has been involved with several projects. For instance, she participated and won the sixth season of ABC’s Dancing with the Stars in 2008. Some of the other television shows that she’s appeared in include Hell’s Kitchen, Celebrity Family Feud, and Battle of the Blades. As if that wasn’t impressive enough, she has also authored four books!

With all the accomplishments that she has to her name, surely she’s able to live a comfortable lifestyle? How wealthy is the retired figure skater? From what we can gather, Kristi Yamaguchi’s net worth is currently around the $8 million mark. Where do most of her earnings come from nowadays? Let’s take a look into this, shall we?

How did Kristi Yamaguchi Make Her Money & Wealth?

Born on July 12, 1971, in Hayward, California, Kristi Yamaguchi was raised with her two siblings in Fremont, California. As a young girl, she originally took ballet and skating lessons as physical therapy for her club feet. Over time, however, her passion for skating grew. Before she knew it, she had her eyes set on becoming a competitive figure skater.

By the time she was in her early teens, she had won her first junior title in the pair category with Rudy Galindo at the US Championships. A couple of years later, she won the gold medal at World Junior Championships, both in the women’s singles and pairs events, the latter of which she’d achieved with Galindo.

By the early 90’s, she had turned professional. In fact, her skills on the ice had led her to finish first on the podium at the 1992 Winter Olympics. From there, Yamaguchi continued to compete in numerous events including the World Professional Figure Skating Championships, Ice Wars, and The Gold Championships, where she took home the gold medal several times.

Outside of her skating career, Yamaguchi has appeared in numerous television shows, both before and after her retirement. For instance, she had made a brief cameo in the popular sitcom, Everybody Loves Raymond in 1997. More recently, she has also taken part in a number of reality series such as Hell’s Kitchen, and Celebrity Family Feud. At one point, she even participated and won the third season of Dancing with the Stars.

Speaking of which, she has also acted on a few occasions. For instance, some of her acting credits include those in the movies, Aladdin on Ice, The Great Skate Debate II, and Freedom: A History of Us.

As far as other projects go, she has also written a few books. The first titled, Figure Skating for Dummies was released in 1997. Since then, she has released three additional titles, the last of which came out in 2011.

Since 2000, Kristi Yamaguchi has been married to Bret Hedican, a former hockey player.

Does Kristi Yamaguchi Have Any Children?

Did Kristi Yamaguchi Go to College?

As far as we can tell, Kristi Yamaguchi has not attended college. Instead of focusing on her education, she had chosen to pursue a figure skating career.

What is Kristi Yamaguchi Famous For?

Kristi Yamaguchi is highly regarded in the figure skating world. Throughout her professional career, she attained many titles, including a gold medal at the 1992 Winter Olympics.

She currently lives in Alamo, California with her husband and two daughters.

What Kind of Vehicle Does Kristi Yamaguchi Drive?

Information on Kristi Yamaguchi’s vehicle is unavailable at this time.

How Much Money Did Kristi Yamaguchi Make Last Year?

Information on Kristi Yamaguchi’s salary is unknown at this time

Over the past year, she has been featured in a number of TV talk shows including The Chew, Colgate Skating & Gymnastics Spectacular, and Today. In 2017, she also made a few appearances on the reality dancing competition, Dancing with the Stars.

Want to see content from the star herself? You can follow Kristi Yamaguchi on a few social media platforms- for instance, you can find her on Twitter at @KristiYamaguchi or on Instagram at @KristiYamaguchi. On Facebook, she also has an official fan page which you can visit by clicking here.