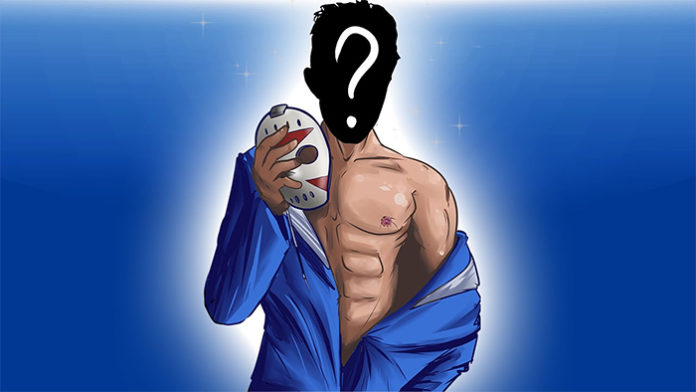 Known for wearing the Jason Mask, H2ODelirious has attracted millions of followers with his gaming content. Since he first joined YouTube in 2007, the avid gamer has gained more than 10 million subscribers, with over 2 billion video views. Some of the games that he frequently features on his page include Garry’s Mode, Black Ops II, and Grand Theft Auto V, among others.

Throughout his online career, he has collaborated with many fellow YouTubers, including Evan Fong. In fact, it was after the two had played Call of Duty together, that his popularity surged on the site. Since then, he has also played alongside Terroriser, Wildcat, and Lui Calibre.

Having said all of that, how well-off is the YouTube celebrity? How lucrative has his channel been so far? From our research, H2ODelirious’ net worth currently stands at approximately $2.5 million. How much of this came from the ads displayed on his videos? Does he have any other ongoing projects? Let’s take a closer look at some of this, shall we?

How did H2ODelirious Make His Money & Wealth?

Born on May 2, 1987, H2ODelirious (Real name: Jonathan) was raised in North Carolina with his two siblings. Unfortunately, not much else is known about his early life at this point in time. With that said, he probably developed a passion for gaming as a young teen.

Like most popular Youtube gamers, H2ODelirious has been around for many years, since 2007. Having said that, it wasn’t until the early 2010’s that he started to upload videos- most of which featured the games Call of Duty Black Ops and MW3 Ninja, on a regular basis.

Since then, he has opted to play a variety of other games including Fallout 4, Assassin’s Creed Unity, GTA 5, and T.A.B. In fact, he has even extended his channel to include other content such as music videos, fan songs, and more. One thing’s for sure, all of his uploads are incredibly popular, with millions of views each.

As of February 2018, the gamer has become one of the most popular users on the site, with over 10.1 million subscribers with more than 2 billion views! As far as his most successful video goes, Among The Sleep Ep. 1 (Where’s Mommy???) wins, with over 12.6 million hits. Some of his other top hits include GTA 5 Best Moments, Delirious Army, I Am Delirious, and Mortal Combat X Ep 7 DLC.

Now for the big question- how much has H2ODelirious earned from his YouTube channel over the years? Surely his two billion views convert to a nice amount, dollar-wise? A power user, with the audience that he has, it’s likely that he’s in the top tier of Google’s partnership program. As such, his earnings are probably higher than the average YouTube user.

To keep things simple, however, let’s assume that he makes $5 for every 1,000 monetized views. If this applies, his views would convert to earnings of approximately $4 million. Obviously, YouTube would take a cut for themselves, but still- that’s a mighty amount to be earning from playing video games.

As far as we know, H2ODelirious is not married, nor is he in a relationship. If he is seeing someone, he’s doing a good job of keeping it out of the radar.

Does H2ODelirious Have Any Children?

No, H2ODelirious does not have any children.

Did  H2ODelirious Go to College?

Unfortunately, the gamer has not revealed much about his education history.

What is H2ODelirious Famous For?

H2ODelirious is best known for his self-titled YouTube channel on which he has over 10.1 million subscribers. Aside from his solo work, he’s also noted for his collaborations with VanossGaming aka Evan Fong.

Unfortunately, as much as we’d like to know, information on his abode has not been disclosed to the public. Pictures of his home are also unavailable at this time.

What Kind of Car Does H2ODelirious’ Drive?

Information on H2ODelirious’ vehicle is unavailable at this time.

How Much Money Did H2ODelirious Earn Last Year?

Going by what we said earlier, it’s highly likely that he raked in more than $1 million in 2017.

Naturally, the gamer has been updating his channel with new gaming videos over the past year. In fact, his work had gained him over two million new subscribers in 2017 alone.

Aside from YouTube, you can catch him on several other social media platforms. For instance, H2ODelirious is active on Twitter (@H2ODelirious) and Instagram (@H2ODelirious). If you’re on Facebook, you can also visit his official fan page for the latest news here.