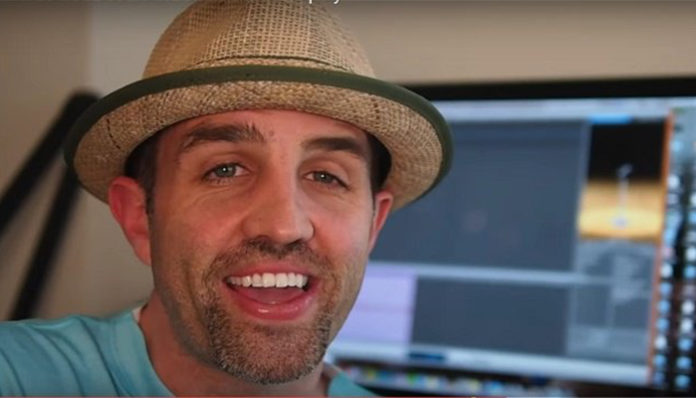 An avid gamer, ThinkNoodles is known for his self-named YouTube channel. Hailing from New York, he originally joined the platform back in 2011. Since then, his adventures in video games have garnered him millions of followers- more than 2.7 million to be exact. Some of the titles that he regularly plays include Pokemon Fighters Ex, Robot, Minecraft, and Subnautica, among others.

In the past years, he has collaborated with several YouTubers including Graser 10, Vikkstar123, and TheDiamondMinecart, among others. In particular, ThinkNoodles is good friends with Jordan Atkinson aka PerpetualJordan. If anything, the numerous collaborations that he’s done has only worked to further increase his popularity.

Having said all of that, how successful is the gamer? How much money has he managed to pocket from his YouTube endeavors?  ThinkNoodles’ net worth currently stands at approximately $700,000. What is he most profitable from? Is he involved with any other projects? Let’s take a closer look at this below.

How did ThinkNoodles Make His Money & Wealth?

Born on May 30, 1977, in Texas, Justin Watkins aka ThinkNoodles was encouraged to embrace technology at a young age. Growing up with his sister, he often suffered from severe asthma as a young boy, something that he revealed in his Draw My Life video.

An avid gamer, the Texas-native joined the Youtube platform in 2011. Almost immediately, he began to share his gaming adventures in the form of short videos. Initially dedicated to the Club Penguin series, most of his early uploads, both cheats, and playthroughs revolved around said game.

Ultimately, it wasn’t until his channel started to pick up in popularity that he began to play other titles. Today, he regularly features a variety of games on his page including Minecraft, Roblox, Subnautica, Minecraft Red Wars, and Pokemon Fighters.

In fact, his videos have garnered him over 2.7 million subscribers in the past six and half years. Perhaps even more impressive, however, is how he’s managed to receive more than 1 billion views. As of February 2018, ThinkNoodles’ most popular video, Fleeing the Complex – MLG 360 No-Scope has been viewed close to 8 million times. Some of his other top uploads include Draw My Life (6.6 million views), Omg!! They Can Move?! (5.9 million views), and Dantdm Got Me!! (5.1 million views).

With the support and audience that he has, how much is he able to pull in from his channel? How much has he earned from the site since the launch of ThinkNoodles in 2011? For simplicity’s sake, let’s assume that he’s paid $5 per 1,000 ad view (which is well within the range of Google’s payout). If this were to be true, his one billion views would convert to approximately $2 million in ad revenue.

Over time, as his channel continues to grow, it’s likely that his earnings will also continue to rise. Considering that, his net worth is sure to increase further in the near future.

Yes, the gamer has a wife by the name of Rachelle. For now, it’s unclear how long the two have been together.

Does ThinkNoodles Have Any Children?

As far as we know, ThinkNoodles does not have any children.

Did ThinkNoodles Go to College?

Unfortunately, there isn’t much information available on the gamer’s education history.

What is ThinkNoodles Famous For?

ThinkNoodles is best known for his self-named YouTube channel, on which he uploads a variety of gaming videos. Today, most of his content revolves around the titles Minecraft, Subnautica, and Roblox.

Originally from Texas, ThinkNoodles currently lives in New York with his wife. Further information is unavailable at this time.

What Kind of Car Does ThinkNoodles Drive?

Information regarding ThinkNoodles’ vehicle is unknown at this time.

How Much Money Did ThinkNoodles Earn Last Year?

Unfortunately, we do not have any information regarding the gamer’s salary for 2017.

As he has before, ThinkNoodles has uploaded countless videos to his Youtube over the past year. If anything, his posts have only grown to become more frequent in the recent months. If you’re a fan, be sure to subscribe to his Youtube channel for the latest videos!