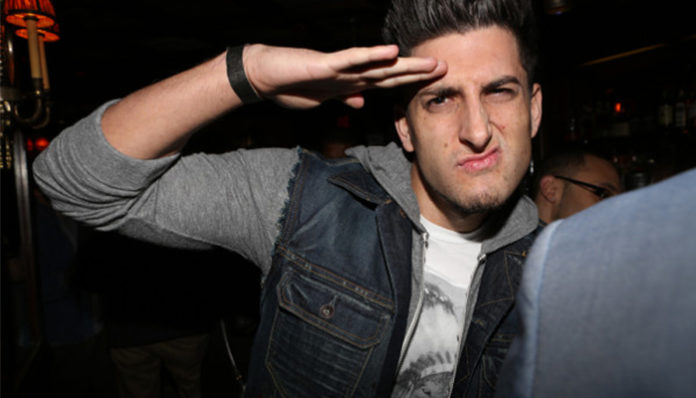 A social media star, Jesse Wellens is best known for being the co-creator of the PrankvsPrank YouTube channel. A joint venture with Jeana Smith, their videos have garnered them a substantial following over the past several years. To date, they have amassed over 10.4 million subscribers.

As expected from most YouTube celebrities, he is also well established on several other platforms including Instagram, Facebook, and Twitter. In fact, he has over 2.2 million followers on the photo-sharing app alone. Though his breakup with Jeana came as a shock to many fans, their split doesn’t seem to have affected his popularity in the slightest. If anything, his online presence has only gone up further.

With all that said, how successful is the 35-year-old? How much has he banked since his YouTube debut? From what we can gather, Jesse Wellens’ net worth is currently around the $4 million mark. Where did most of his earnings come from? How much revenue has he pocketed from the success of his online videos? Let’s take a look at some of these answers below.

How did Jesse Wellens Make His Money & Wealth?

Born on September 25, 1982, in Pennsylvania, Jesse Wellens initially made himself known as a misanthrope on YouTube- it wasn’t until after he’d decided to focus more on comedic material that he became more “likable” to the general audience.

As it happened, PrankVsPrank was born after he and his then-girlfriend Jeana Smith began playing pranks on one another in the late 2000’s. Wanting to share their silly antics with the world, the pair eventually formed the YouTube channel in 2009. Incredibly entertaining, it didn’t take long for the two to gain themselves a decent following on the site.

Following the pair’s break up in 2016, Wellens became the sold user of PrankVsPrank. Despite this, the channel has remained incredibly successful, with over 10.4 million subscribers to date. In fact, he has amassed nearly 2 billion views as of 2018!

How much money has PrankVsPrank pulled in over the years? According to various sources, the channel earns around $800 per day, from ad revenue alone. Though it’s unclear how Wellens and Smith had split the earnings back in the day, it’s probably fair to say that he’s pocketing most of the income himself now.

In addition to their pranking channel, Wellens and Smith also ran another channel together called BFvsGF. Dedicated to vlogs, the pair regularly posted videos about their lives onto the account. In fact, many YouTubers have made guest appearances in their vlogs including Roman Atwood, Louis Cole, Charles Trippy, and Andy Milonakis.

Since their split, however, Smith has taken over the BFvsGF (just as Wellens had taken over PrankVsPrank). Though not as popular as their pranking channel per se, it’s still doing fairly well for itself with over 9.3 million subscribers. Given how popular they were (especially when they were still together), it wouldn’t be surprising if they were to have made a significant amount of earnings from said account.

No, he is not married. Up until 2016 however, he had been together with Jeana Smith.

Does Jesse Wellens Have Any Children?

No, Jesse Wellens does not have any children.

Did Jesse Wellens Go to College?

At this time, information on Jesse Wellens’ education history is unavailable

What is Jesse Wellens Famous For?

Jesse Wellens is best known for the YouTube channel, PrankVsPrank, which he had created with his then-girlfriend, Jeana Smith, back in 2009. Aside from that, the two also had a vlogging channel together called BFvsGF.

As far as we know, Jesse Wellens currently lives in New York; he had decided to move there from Philadelphia after breaking up with Jeana Smith in 2016. Photos of his abode are unavailable at this time.

What Kind of Car Does Jesse Wellens’ Drive?

Information on Jesse Wellens’ car is unavailable at this time.

How Much Money Did Jesse Wellens Earn Last Year?

Since his split with Smith, he has continued to update PrankVsPrank as a solo effort. Don’t let that fool you, however, the channel is still doing incredibly well. In fact, Wellens it had gained close to two million new subscribers in 2017!

Want to follow the prankster on other social media outlets? You can find Jesse Wellens active on a few sites including Twitter (@JesseWelle) and Instagram at (@JesseWelle). On Facebook, you can also support his official fan page here.