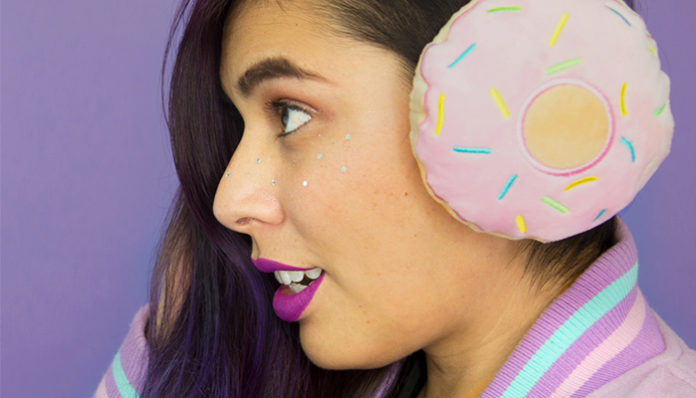 A Youtube celebrity, iHasCupquake rose to prominence for her self-titled channel. An avid gamer, she is best known for her Minecraft content, though she plays several other games including Littlest Vet Shop, Super Mario Odyssey, Sims 4, and Animal Crossing, to name a few. In the recent years, she has also included other material such as DIY and baking videos.

Hugely successful with her own dedicated fan base, she has currently amassed over 6.1 million subscribers, with more than 2.4 billion combined views as of 2018. In fact, her most popular upload to date, Five Nights at Freddy’s Animated Short has generated over 66.1 million views alone!

Taking into consideration the views that she gets, and the audience that she has, surely YouTube is a profitable venture for iHasCupquake? How well off is she? From our research, she currently has an estimated net worth of $2 million. How much of this was generated from the ads displayed on her videos? Does she have any other ongoing projects that we should know about? Let’s dive in and take a look at some of this below.

How did iHasCupquake Make Her Money & Wealth?

Born on March 19, 1988, in California, iHasCupquake (Real Name: Tiffany Garcia) grew up with her older brother, Anthony, who is also active on social media. Unfortunately, not much else has been revealed about her early life at this time.

Under the suggestion of her husband, she eventually created herself a Youtube channel in 2010. Being an avid gamer, most of her initial uploads revolved around games such as Minecraft. In addition to that, she also had a series called “Girl Gamer Talk”, which is essentially a gaming vlog.

As she worked to fill her channel with videos, her view count went up, as her fan base grew. Before she knew it, she had reached the milestone of having one million subscribers. Since then, iHaveCupquake has branched out to include other content such as “fun geeky baking” and DIY videos, all of which are incredibly popular among fans.

Over the past seven and a half years, she has gained more than 6.1 million subscribers with over 2.4 billion combined views- making her one of the most subscribed-to users on the site. How much has she earned from the said channel? Assuming that her payout is around $5 per 1,000 monetized views, her earnings would already be close to $5 million (before Google’s cut).

Aside from her primary channel, she also has another account under the username, TiffyQuake, which is dedicated to vlogs. While it doesn’t have as many views as her main channel, it is still relatively popular, with over 1.3 million subscribers. Given that it’s also being monetized by the brunette, she would receive yet another stream of income from the videos.

As if that wasn’t impressive enough, she also has a family-friendly channel called ToyBoxCollectibles, in which she unboxes and reviews various toys, blind bags, blind boxes, and more. As of 2018, it has gained more than 600,000 subscribers, with over 107 million views.

She has been married to Mario Herrera, aka Redb15, a fellow YouTuber, for a few years.

Does iHasCupquake Have Any Children?

As far as we know, iHasCupquake does not have any children

Did iHasCupquake Go to College?

Unfortunately, we do not have any information at this time on iHasCupquake’s education history.

What is iHasCupquake Famous For?

iHasCupquake is best known for her self-titled YouTube channel, on which posts a variety of Minecraft videos. In addition to that, she also has a vlogging, and toy-unboxing channel, both of which are also fairly popular.

iHasCupquake currently resides in Los Angeles, California, with her husband. Further information on her abode are unavailable at this time.

What Kind of Vehicle Does iHasCupquake Drive?

Information on iHasCupquake’s car is unavailable at this time.

How Much Money Did iHasCupquake Make Last Year?

Information on the gamer’s 2017 salary is currently not available.

Unsurprisingly, she has been spending most of last year updating her three YouTube channels with new videos (the most active being that of her gaming channel). If you don’t want to miss out on her latest uploads, be sure to subscribe to her channels!

Did you know that you can also follow her on other social media platforms? You can follow IHasCupquake on Twitter at @iHasCupquake or on Instagram at @Tiffyquake. On Facebook, she also has an official fan page which you can check out by clicking here.