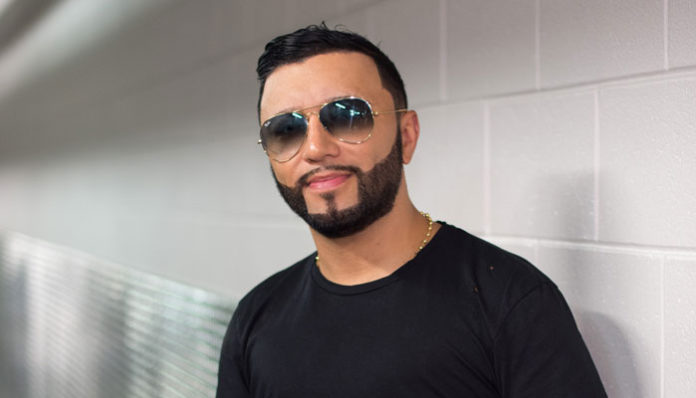 An award-winning radio DJ and recording artist, Alex Sensation is perhaps best known for his single, Que Va. Enamoured with music growing up (something that was influenced by his older brother), he eventually began securing gigs in the club scene in his teens. As one thing led to another, he was later offered a job at one of New York’s most popular Latin music radio station, 97.9 FM.

Since then, his music career has continued in strides. Not only has he entertained crowds numerous times in public, but he’s also dropped several singles including Mega Mezcla, Bailame, and La Maraca Remix. In fact, he had just most recently come out with the hit song, Que Va in July 2017.

With his growing popularity, surely, his earnings allow him to maintain a comfortable lifestyle? How rich is he? From what we can gather, Alex Sensation currently has an estimated net worth of $2 million. What are his biggest sources of income? Record sales? Public performances? Something else? Let’s try to figure this out below.

How did Alex Sensation Make His Money & Wealth?

Born in Bogata, Columbia, Alex Sensation immigrated to the U.S. with his family at a young age. Influenced by the work of his older brother, who worked as a DJ, he began collecting records in his early teens. By the time he was sixteen, he had already started to work as a disc jockey at various local nightclubs.

Not long afterward, he landed a gig at the globally-celebrated Copacabana. Ultimately, it was during his time there, that he was approached by Tina Luna, who offered him a position at 105.9FM. Jumping at the opportunity, he remained with the station for a year, prior to working at New York’s most popular Latin music station, La Mega 97.9FM.

As one thing led to another, he later found himself performing at sold-out concerts at Nokia Theatre, Madison Square Garden, and Izod Centre, to name a few.

In 2009, he released his first mix album titled, Alex Sensation & Friends: La Mega Mezcla. Aside from his own tracks, Mega Mezcla, Intro…Directamente Desde NY City, the project also included the works of many other artists such as El Cata, Luis Miguel del Amargue, Monkey Black, and Hector Acosta, to name a few.

Fast forward to 2015, and he dropped another single titled, Bailame (Feat. Shaggy and Yandel). A decent hit, it ultimately led him to a music deal with Universal Music Latin Entertainment, just a month later.

Most recently, the artist released his latest hit, Que Va on July 21, 2017. Made available as a digital download, the reggae beat proved to be popular with fans, having received over 244.4 million views in just a few month’s time. On Soundcloud, the track has also racked up more than 310,000 streams.

Assuming that he continues to release new music over the next years, his popularity as an artist is bound to increase with time. As it does, it would only be natural for his net worth to rise as well.

The last that we’d checked, Alex Sensation is married- though further details on his relationship are unavailable at this time.

Does Alex Sensation Have Any Children?

As far as we know, Alex Sensation does not have any children.

Did Alex Sensation Go to College?

Unfortunately, information on Alex Sensation’s education history is unavailable. For now, it’s unclear whether or not he has gone to college.

What is Alex Sensation Famous For?

Alex Sensation recently came into the limelight for his hit single, Que Va, which was released last year. Incredibly popular, the music video has since been viewed over 244 million times on Youtube.

According to his Twitter bio, he currently resides in Manhattan, New York. Unfortunately, that’s about all we have on his location at this time.

What Kind of Vehicle Does Alex Sensation Drive?

Information on Alex Sensation’s vehicle is unavailable at this time.

How Much Money Did Alex Sensation Make Last Year?

Information on Alex Sensation’s salary is unknown at this time

As mentioned earlier, the Latino DJ most recently released the single, Que Va in August 2017. For now, it’s unclear what kind of other projects he has planned for the near future.

Want to follow the artist on social media? You can find Alex Sensation on Twitter at @AlexSensation or on Instagram at @AlexSensation. If you’re on Facebook, he also has an official fan page, which you can visit by clicking here.