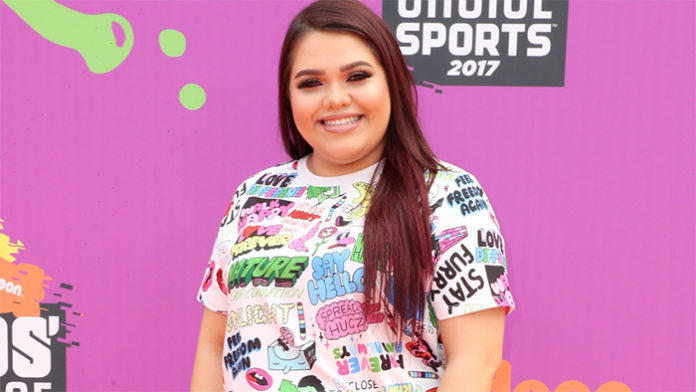 A lifestyle vlogger, Karina Garcia is best known for her self-titled YouTube channel, on which she has over 7.2 million subscribers. Though she originally joined the site in 2012, it wasn’t until 2015 that she began to post on a regular basis. As she did, her following grew at a tremendous rate- by six month’s time, she already had over 250,000 followers.

Noted for her DIY videos, makeup tutorials, and reviews, her popularity has gone up tremendously over the past couple of years. Today, her most popular video alone, DIY Nail Polish Lipstick, has generated nearly 27 million views!

With the fan base that she has, how much has she managed to pocket from her YouTube channel since her debut? How profitable are her videos? How wealthy is she? From our research, Karina Garcia currently has an estimated net worth of ~$4 million. How much of this stems from her online success? Aside from her YouTube channel, what other projects if any, does she have going for her? We’ll be trying to answer some of these questions below.

How did Karina Garcia Make Her Money & Wealth?

Born on February 8, 1994, in California, Karina Garcia grew up with her twin sister, Mayra Isabel, who is also a popular YouTube star. Unfortunately, not much else is known about her childhood and early life at this time.

Her Youtube channel, formerly known as TheKarinaBear, was created in 2012. With that said, she didn’t start uploading videos until a few years later, in 2015. Going for the beauty and lifestyle approach, it didn’t take long for her account to be filled with videos. Incredibly successful, much to her surprise, she gained over 250,000 subscribers in just six months time.

From then until now, her following has only grown tremendously. As of February 2018, the twenty-something has amassed over 7.2 million subscribers, with more than 1 billion views, making her one of the most popular beauty vloggers on the video-sharing platform.

Now for the question that we’re all curious about- how much has the 23-year-old made from her YouTube channel so far? How successful is she financially? According to various sources, she receives an average of one million views per day. Given that all of her videos are monetized, she’d receive close to $1,500 per day in earnings, as a Google partner; this works out to approximately $550,000 per year.

Over time, as her subscriber count goes up, it’s more than likely that her ad revenue will also continue to rise. In fact, according to statistics provided by Socialblade, she is currently gaining anywhere from 2,000 to 6,000+ new subscribers on a daily basis. In 2016 alone, she had gained nearly 4 million subscribers! Considering all this, the future seems bright for the young YouTube star.

No, she is not married. With that said, she is in a relationship- in fact, she has posted about her boyfriend several times in the past.

Does Karina Garcia Have Any Children?

No, Karina Garcia does not have any children.

Did Karina Garcia Go to College?

At one point, she did go to college. Prior to completing her program however, she dropped out to pursue a YouTube career full-time.

What is Karina Garcia Famous For?

Karina Garcia is best known for her self-titled YouTube channel, on which she posts various DIY and lifestyle-related videos.

At this time, we do not have any information on her abode, nor do we have photos available

What Kind of Vehicle Does Karina Garcia Drive?

How Much Money Did Karina Garcia Make Last Year?

Over the past year, Garcia has added numerous videos to her YouTube channel, many of which revolve around DIY slimes. If you’re a fan, you’ll definitely want to subscribe to her page for her latest uploads!

Want to follow the 23-year-old on other social media platforms? You can find her on Twitter at @Karinaa_Bear or on Instagram at @KarinaGarc1a. For now, it doesn’t look like she has her own fan page on Facebook- we’ll let you know if she decides to join sometime in the near future!