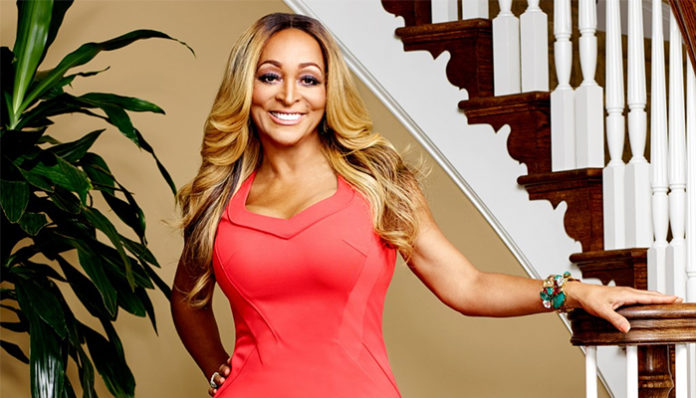 A Bravo star, Karen Huger rose to prominence in the highly regarded TV series, The Real Housewives of Potomac. After making her debut in the first episode, she stayed on the show from start to finish- until the summer of 2017. Her only TV appearance to date, RHOP has brought her a significant amount of attention over the past two years.

In addition to her TV career, Karen is also a successful businesswoman. Seizing every opportunity that life has to offer, she has launched several projects over the past years, including Ikon Enterprise, a beauty boutique that specializes in fragrances, fashion, makeup, and hair.

Considering all that, how well off is she? how rich is the former RHOP star? How much has made over the years? From what we can gather, Karen Huger’s current net worth is around $10 million. How did such a fortune come about? From what does she make most of her money? Hopefully, we’ll be able to answer a few of these Q’s below.

How did Karen Huger Make Her Money & Wealth?

Born on May 3, 1963, in Virginia, Karen Huger grew up in a large family farm in Spring Grove, according to her Facebook profile. After completing her secondary education, she went to the University of Virginia, from which she received her bachelor’s degree. Not long afterward, she relocated to Potomac.

In 2016, Huger found herself cast in the latest addition to the Real Housewives reality franchise, The Real Housewives of Potomac. In addition to her, the show also featured the lives of Charrisse Jackson-Jordan, Gizelle Bryant, Robyn Dixon, and Ashley Darby. Premiered on January 17, 2016, the series premiere ended up attracting over two million viewers in the U.S. Praised as being “escapist TV at the highest level”, it was ultimately this reality series that had propelled her into television stardom.

Met with positive reviews, RHOP was an overall success. Following the first season, the network renewed it for a second season, which first aired on April 2, 2017. Despite its solid fan base, however, Bravo has not yet renewed the series for a third season.

How much was Karen Huger paid for her appearances on the show? Unfortunately, her salary has not been revealed to the public. Given how popular the franchise is, however, it wouldn’t be surprising if she were to have received a few tens of thousands of dollars per season.

As far as we know, the socialite has not made any other television appearances since RHOP.

Considering that, where else did her wealth come from? The most likely answer is her marriage to entrepreneur, Raymond A Huger. A successful businessman, he currently serves as a CEO of a well-known technology company. Taking that into consideration, it’s no wonder why she’s so well off!

Today, she resides with her two children in Potomac, where she continues to make a difference in the community through various non-profits and charity organizations.

She has been married to Raymond A Huger, her husband, for over two decades. A successful entrepreneur, he currently serves as the CEO and president of a highly respected technology company in the Potomac area.

Does Karen Huger Have Any Children?

She has two grown children with her husband, a son named Brandon, and a daughter named Rayvin.

Did Karen Huger Go to College?

After completing her secondary education, she studied at the University of Virginia.

What is Karen Huger Famous For?

Karen Huger rose to fame on Bravo TV’s The Real Housewives of Potomac. The show responsible for propelling her into fame, it remains to be her only television credit to date.

Karen Huger currently lives in Potomac, Maryland, with her family. Further information on her location is unavailable at this time.

What Kind of Vehicle Does Karen Huger Drive?

How Much Money Did Karen Huger Make Last Year?

This information is unavailable at the moment

Up until 2017, Karen Huger had been starring in the second season of The Real Housewives of Potomac. Unfortunately, despite its positive reviews, the show has not yet been renewed for a third season by the Bravo Network.

Are you a fan of the reality star? Did you know that she’s active on various social media sites? For instance, she’s on Twitter at @KarenHuger or on Instagram at @OfficialKarenHuger. On Facebook, the mother of two also has an official fan page with you can visit here.