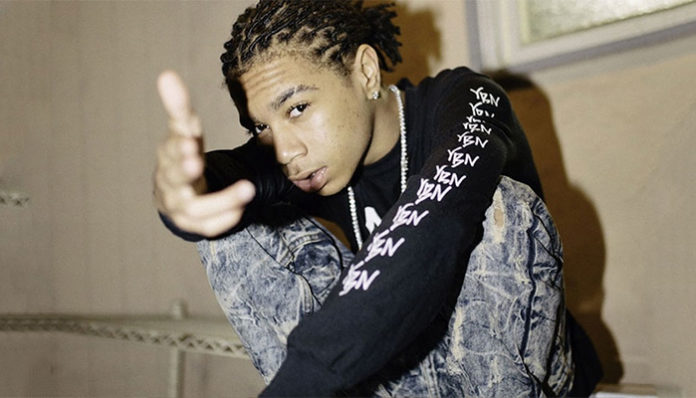 A rising rapper, YBN Nahmir received critical acclaim for his music video, Rubbin Off The Paint, which came out in 2017. His most popular track by far, it not only reached number 46 on the U.S. Billboard Hot 100 but had also gained more than two million views within three days on Youtube. Even prior to that, however, he had released two mixtapes, Believe In The Glo, and #YBN.

Steadily rising in popularity, the teen has already established a solid fan base on social media. In fact, he has over 147,000 fans tuning into his work on YouTube and more than 120,000 on Soundcloud. As he continues to churn out new hits, it’s likely that he’ll attract more fans on the way.

With all that said, how successful is the 18-year-old? How rich is the artist? From what we can gather, YBN Nahmir’s net worth currently stands at approximately $100,000. How much of this came from his record sales? Does he bring home supplemental income from anywhere else? Let’s try to answer these questions below.

How did YBN Nahmir Make His Money & Wealth?

Born on December 18, 1999, in Birmingham, Alabama, YBN Amir (Real Name: Nick Simmons) spent most of his teen years hanging out in the gaming world. More specifically, he was a big player on XBOX Live- in fact, he had befriended many friends on the system over the years. Prior to embarking on a music career, he was known for recording and sharing GTA V streams on YouTube.

Ultimately, it wasn’t until after he had gained popularity within the XBOX community for his freestyles, that he began to post his own rap songs to his YouTube channel for fun.

In 2016, he released his first mixtape dubbed, Believe in the Glo. Made available as a digital download, the project consisted of ten tracks including I’m Still Stuck, Out The Mud, Gone With That, I Got A Bag, and Band Up. For those who are interested in streaming the playlist, it is available on his official Soundcloud account.

Since then, the rapper has dropped a second tape titled, #YBN. Filled with ten new tracks, its playlist included Letter to Valley Pt. 4, Off The Blessing, Teach You Now, Gunna Niggas, and The Mud. Relatively successful, the mixtape has since been streamed hundreds of thousands of times on Soundcloud.

Though it’s unclear how much exactly YBN Nahmir has earned from the above projects, it’s only natural that he would have banked some amount over the past year.

In addition to what he’s made from his record sales, he also has another stream of revenue that comes from putting on concerts and performances. In fact, he has a handful of shows planned for next month, which will be taking place in multiple cities such as Lawrence, St Louis, Lincoln, Bakersfield, and Santa Cruz.

If you’d like to support the rapper, he also has an online store which you can visit here. Looking at it now, a variety of products are available for purchase from t-shirts to hoodies.

No, he is not married. As far as we know, YBN Nahmir is currently single (though there were rumors of him having been in a relationship last year).

Does YBN Nahmir Have Any Children?

No, YBN Nahmir does not have any children that we know of.

Did YBN Nahmir Go to College?

No, YBN Nahmir has not gone to college. In fact, it’s unknown whether or not he’s completed high school.

What is YBN Nahmir Famous For?

YBN Nahmir rose to fame for his single, Rubbing Off the Paint, which peaked at number 46 on the Billboard Hot 100 and at number 17 on the Top R&B Songs chart in the U.S.

YBN Nahmir currently lives with his mother, aunt, and cousins in Birmingham, Alabama. Further information on his abode is unavailable at this time.

What Kind of Car Does YBN Nahmir Drive?

Information on YBN Nahmir’s vehicle is unavailable at this time.

How Much Money Did YBN Nahmir Butler Earn Last Year?

As mentioned earlier, he has most recently released his second EP, #YBN in 2017. His breakout hit, Rubbing Off the Paint, was also made available around the same time.

Want to follow YBN Nahmir on social media? You can find the rapper on Twitter at @Nahmir205 or on Instagram at @YBNNahmir. If you’re on Facebook, you can also visit his official fan page here.