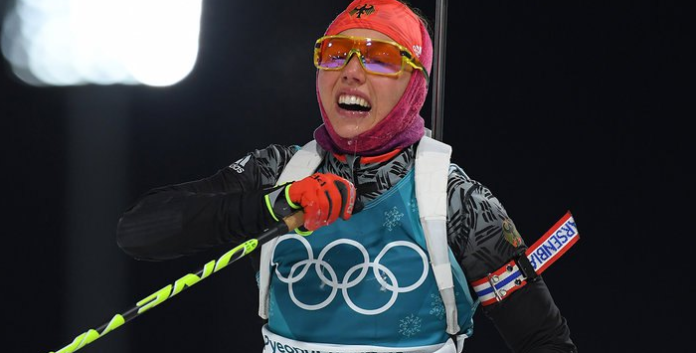 Laura Dahlmeier is a popular German biathlete, currently competing at the Pyeongchang Winter Olympics. Dahlmeier’s breakthrough happened in the last few years, namely during the 2012/2013 season. It was during that season that she competed in her first world cup. She finished at the 29th spot.

After that, she kept competing and was invited to represent Germany at the Sochi Winter Olympics in 2014. Her World Cup record kept improving until she finally hit the top in the 2016/17 season. By that time, she won numerous other competitions, including events held in Oslo, Antholz, Ruhpolding, and Hochfilzen. At the time of writing, she is a seven times biathlete world champion. She also holds the record for the most gold medals at a single World Championship, with five of them earned at the 2017’s event. 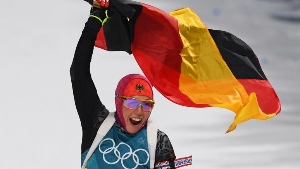 Her current performance at Pyeongchang is also staggering. She won two gold medals and a bronze one so far. Dahlmeier is the first woman to ever win both the sprint and pursuit at the same Olympic event. Congratulations!

If you want to follow the biathlete superstar on social media, you’ve come to the right place. Next up, we’re taking a look at Laura Dahlmeier’s Snapchat, Instagram, Facebook and Twitter presences. Let’s get started!

Unfortunately, it seems that Laura Dahlmeier’s Snapchat account doesn’t really exist right now. The Olympian has never mentioned having or using one, thus we have to conclude that she simply doesn’t have the app. If the situation changes, we will be sure to let you know, as usual.

While Laura isn’t on Snapchat, she has a couple active social media profiles that you can find her on. Here’s a list of them:

Laura Dahlmeier Instagram Username – Dahlmeier’s official Instagram username is @laura_dahlmeier, where she is followed by 116k people. IG is another great place to follow her since she posts pictures and updates every couple of days.