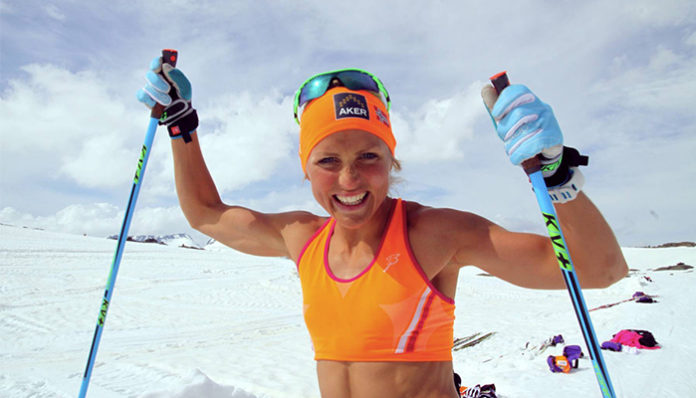 In addition to her participation in the World Championships, Johaug has also represented Norway at two Winter Olympic Games. In 2010, he successfully won a gold medal in the 4 x 5km relay in Vancouver. Four years later, she found herself on a podium for silver and bronze, in the 30km freestyle and 10km classical events.

As a two-time Olympian, how is she doing for herself nowadays? Has she received any endorsement offers? How lucrative has her skiing career been so far? How rich is the 29-year-old? From our research, Therese Johaug’s current net worth hovers around the $1 million mark. Where did this money come from? We’ll be taking a look at this question down below, so stay with us.

How did Therese Johaug Make Her Money & Wealth?

Born on June 25, 1988, in Norway, Therese Johaug, like most professional athletes, began skiing at a young age. By the time she was in her late teens, she was competing in various local races. For instance, she had successfully won a bronze medal at the double pursuit event at the Norwegian Championships in 2007; she was seventeen at the time.

The following year, she won two gold medals at the Junior World Championships- one in the 5km classical event and another in the 10km mass start event. From there, she was chosen to represent Norway at the 2010 Winter Olympics in Vancouver. One of many competitors, Johaug ultimately finished sixth in the 15km pursuit, and first in the 4 x 5km relay, for her first gold medal.

Continuing to compete, she later won herself four gold medals in the 2011 and 2013 World Championships. Following that, she once again participated in the Sochi Winter Olympic Games in 2014. Though she didn’t replicate her earlier success in Vancouver, she did manage to win a silver in the 30km freestyle and a bronze in the 10km classical.

Since then, the skier has won several additional medals including three golds at the 2015 World Championships in Falun. A year afterward, however, it was revealed that the athlete had tested positive for Clostebol, an anabolic steroid that is banned by the WADA (World Anti-Doping Agency). With that, she was promptly given a 13-month suspension from the Olympic Committee. Though this originally allowed her to compete in the 2018 Winter Games, her suspension was later prolonged, forcing her to not be able to participate in the Olympics.

Despite this, however, Johaug has had her fair share of endorsement offers. For instance, she has worked with the brands Eger, Isklar, Huawei, and Tag Heuer in the past. As far as other sources of income go, she would have also received a fair amount of prize money for each gold medal win at the Olympics and World Championships.

Currently, the skier is in a relationship with Nils Jakob Hoff, a professional rower who has participated in the Summer Olympic Games.

Does Therese Johaug Have Any Children?

As far as we know, Therese Johaug does not have any children

Did Therese Johaug Go to College?

Unfortunately, not much information is available on Therese Johaug education history. For now, our best guess is that she has not gone to college.

What is Therese Johaug Famous For?

Recently, Therese Johaug made headlines after it was announced that she tested positive for a banned anabolic steroid. Due to this, she was unable to participate in the 2018 Winter Olympic Games.

Therese Johaug currently lives in Norway with her husband. Further information is not available.

What Kind of Vehicle Does Therese Johaug Drive?

Information on Therese Johaug’s vehicle is unavailable at this time.

How Much Money Did Therese Johaug Make Last Year?

Information on Therese Johaug’s annual earnings for 2017 is not available.

As mentioned previously, Johaug currently serving an 18-month suspension, after it was found that she tested positive for Clostebol. Though she wasn’t able to participate in the 2018 Winter Games, the suspension will lift in April 2018.