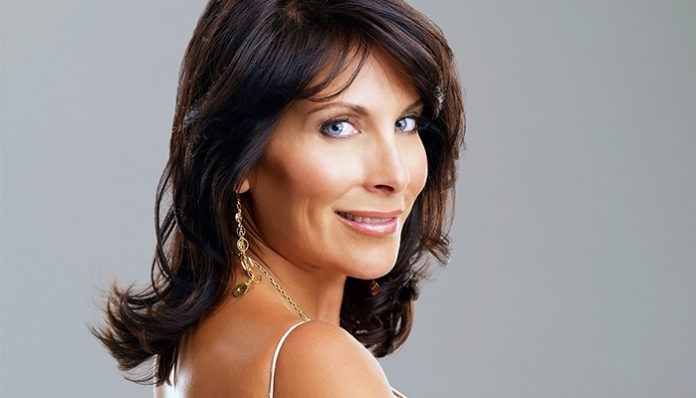 A reality star, Tammy Knickerbocker came into the spotlight after appearing in Bravo’s The Real Housewives of Orange County. The only housewife to have joined the show in the second season, she remained on the series for two seasons, before deciding to leave in 2008. Having said that, she did eventually return for a few guest appearances. As far as we know, the RHOC star has not appeared in any other television shows.

Aside from her television career, she has recently also launched a new marketing business called Very, which she runs with her two daughters, Lindsey, and Megan. Slowly but surely, she is adjusting to her new lifestyle.

How wealthy is the television star now? Is she doing well for herself financially? From our research, Tammy Knickerbocker’s 2018 net worth is around $200,000. How much of this was earned from appearing on the Bravo reality series? Aside from RHOC, what other sources of income does the mother of three have? We’ll be trying to address some of these issues below, so be sure to read on.

How did Tammy Knickerbocker Make Her Money & Wealth?

Born on July 17, 1963, in Los Angeles, California, Tammy Knickerbocker was brought up with her three older siblings. For now, that’s about all we have regarding her early life. We will update this section as soon as more information is available.

A year after its premiere on Bravo TV, Tammy was brought in as a new cast member on the second season of The Real Housewives of Orange County. The only housewife to have joined the show in 2007, she starred alongside several others including Lauri Peterson, Jeana Keough, Vicki Gunvalson, and Jo De La Rosa, all of whom have been on the series since the get-go.

Premiered on January 16, 2007, the second season revolved around several topics, one of which included Tammy’s search for a new residence, after her previous home was severely damaged by a flood. On top of that, the show also followed her relationship with her two young daughters.

Following the end of the first season in March 2007, Tammy ultimately stayed for another season, prior to making her departure in 2008. By then, however, her appearances on the show had already earned her some degree of reputation on reality TV.

Now for the big question- how much was Tammy Knickerbocker paid for starring on RHOC? Unfortunately, it has not been revealed how much she was paid for her appearances on the show. Having said that, it’s probably a fair guess to say that she received a few tens of thousands of dollars per season, considering the popularity of the franchise.

Aside from her television career, what else does she have going for her? According to her official Bravo bio, the mother of three is currently embarking on a new business venture called Very, with her two grown daughters, Lindsey, and Megan, the former of whom has recently moved back to live with her.

From our research, the reality star is currently not in a relationship. Previously, she was together with the father her two children, Lou, though he has since passed away from a heart attack (they had divorced prior to the event).

Does Tammy Knickerbocker Have Any Children?

With her late ex-husband, she has two daughters named Lindsey and Megan. From a previous relationship with Duff Evans, she also has a young son named Ryley.

Did Tammy Knickerbocker Go to College?

Information on Tammy Knickerbocker’s education history is not available at this time.

What is Tammy Knickerbocker Famous For?

Tammy Knickerbocker is best known for her appearances in season two and season three of Bravo’s The Real Housewives of Orange County. As far as we know, she has not returned to the show since 2008.

She currently lives with one of her daughters in Orange County, California. Further details on her home are not available

What Kind of Vehicle Does Tammy Knickerbocker Drive?

How Much Money Did Tammy Knickerbocker Make Last Year?

Information on Tammy Knickerbocker’s salary is unknown at this time

As far as we know, she has been busy working on her new business venture, Very, with her two daughters.

Did you know that the TV star is active on a few social platforms? You can find her on Twitter at @TammyKnicker or on Instagram at @Itsallbling. As far as we can tell, she does not have an official fan page on Facebook.