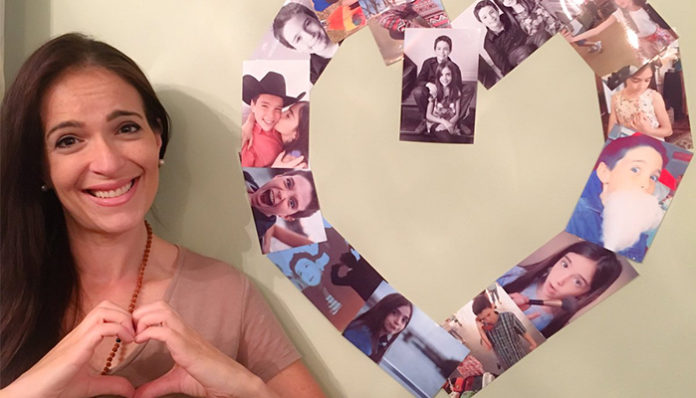 Hailing from Ontario, Canada, Mama Bee is best known as the matriarch of the popular YouTube family, Eh Bee. A mother of two, she and her husband began uploading videos in the summer of 2013. Since then, their channel has grown tremendously- in fact, they had just recently surpassed the 5 million subscriber mark!

Aside from YouTube, she and her family are also well established on other social platforms such as Twitter, Instagram, and Facebook. Back in 2015, their work on Vine had even won them an Armstrong Vine Award Grand Prize! Unsurprisingly, their popularity has landed them numerous sponsorships including those with Samsung, Disney, and Pepsi.

Having said all of that, how much is she reeling in from her family’s YouTube channel? How lucrative has their online career been over the years? From our research, Mama Bee’s current net worth is approximately $700,000. What percentage of this stems from her work on YouTube? Aside from her work on the video platform, does she have any other noteworthy projects? Let’s take a look at some of these questions more in depth, shall we?

How did Mama Bee Make Her Money & Wealth?

Born on October 2, 1979, in Uruguay, Mama Bee (Real Name: Rosana Burgos) met and fell in love with her husband, Andreas, at a club many years ago; they would eventually tie the knot later on. Unfortunately, not much has been revealed regarding her early life- we’ll update this section as soon as more details are available.

As it happened, her online career was launched after her husband decided to post videos of their kids onto the mobile app, Vine, in 2012. Going along with the idea, she came up with many funny concepts for their videos, all of which proved to be a hit among fans. Before they knew it, their entertaining antics had gained them over 3.1 million followers (by the time the app had shut down).

Around the same time, they also launched a YouTube channel (it would later be known as the Eh Bee account). Similar to their Vine, they filled it with family-friendly videos, most of which had an emphasis on humor. As she and her husband worked to upload new content on a regular basis, their subscriber count steadily grew.

Today, the family of four has amassed over five million subscribers with nearly one billion views combined. As of 2018, some of their most well-received uploads include Disney Descendants Party, Gummy Food vs Real Food, The Little Joker Girl, and Mini Miranda Meets Miranda Sings, all of which have accumulated more than 10 million views each.

With those kinds of statistics, one has to wonder- how much has she and her family earned from their YouTube channel? Assuming that less than half of their total view count is monetized and that their payout is around the $5 per 1,000 views mark, their earnings so far are likely to be around the ballpark of $1.9 million- that is, prior to Google’s cut. Considering that, it’s no wonder why she puts so much effort into her family’s videos!

Yes, she has been married to her husband, Andreas Burgos aka “Papa Bee”, for many years. Allegedly, the two had met at a local club a while back.

Does Mama Bee Have Any Children?

A mother of two, she has a daughter named Brianna aka “Miss Monkey”, and a son named Tyler aka “Mr. Monkey.”

Did Mama Bee Go to College?

Unfortunately, not much information is available on Mama Bee’s education history. For now, it’s unknown as to whether or not she had gone to college.

What is Mama Bee Famous For?

Mama Bee is best known for her family’s popular YouTube channel, The Eh Bee Family. To date, their funny antics have earned them over 5 million subscribers on the site.

Mama Bee currently resides with her family in Ontario, Canada. Further details on her location are not available.

What Kind of Vehicle Does Mama Bee Drive?

Information on her vehicle is not available.

How Much Money Did Mama Bee Make Last Year?

Unfortunately, details regarding her 2017 salary are unavailable.

Naturally, she has been busy working with her husband on making new videos for their Youtube channel (which is not surprising seeing as how often they post new content).

Want to support her on other social media platforms? You can find Mama Bee on Twitter at @itsmamabee, or on Instagram at @Mamabee. On Facebook, you can also check out the family’s official fan page by clicking here.