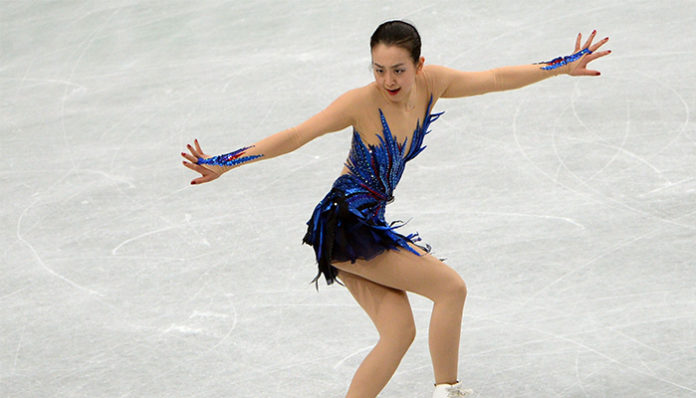 A former figure skater, Mao Asada represented Japan in countless competitions prior to announcing her retirement in 2017. Based in Nagoya, Aichi, she is currently the only female competitor to have ever landed three triple Axels in one competition.

One of the most popular athletes in Japan, she has won several events including the World Junior Championships, Grand Prix Final, World Championships, and Four Continents Championships. In 2010, Asada also successfully took home the silver medal at the Winter Olympic Games held in Vancouver, Canada.

As expected from a star athlete, she had earned herself a significant fan base over the years. In fact, she is often credited with increasing the popularity of the sport in Japan. With all that said, how successful is she now, financially? How wealthy is the former figure skater? From what we can gather, Mao Asada’s current net worth is around the $10 million mark. Where did the majority of this come from? Aside from prize money, where does her income come from? We’ll be taking a look at these questions below.

How did Mao Asada Make Her Money & Wealth?

Born on September 25, 1990, in Aichi, Japan, Mao Asada initially studied classical ballet, before switching to figure skating at the age of five. Inspired by her idol Midori Ito, she diligently trained at the ice rink every day after school as a young girl. Over time, it was obvious to those around her that she had the potential to become a competitive figure skater.

Working her way up the ranks, she eventually made it to the senior-level for the 2005-06 season. That year, she participated and won both the Grand Prix Final and the World Junior Championships (ultimately, it was during the latter that she became the first female figure skater to land a triple axel in the SP).

Over the next few years, she continued to take part in numerous competitions- perhaps the greatest highlight of all, however, were the 2010 Winter Olympic Games in Vancouver. Though she didn’t manage to finish first, she did go on to take home the silver medal, which was a feat in itself.

In the years afterward, she continued to compete on the international level, before announcing her retirement in 2017.

Incredibly popular in her native Japan, her popularity has landed her a number of endorsements. For instance, some of her sponsors include Kao, Coca-Cola, Nestle, Lotte, Moron, and United Airlines, to name a few. On top of that, Asada has also appeared in several TV programs. In 2014, she even hosted a travel program called, Sekai Fushigi Hakken, which aired on TBS.

As far as other projects go, she even had her own exhibition show at one point called, The Ice, with her sister, Mai. Not long afterward, her skating music was also made into two albums.

Since 2015, she has also been hosting a weekly radio show called, Mao Asada’s Nippon Smile.

No, she is not. In fact, as far as we can tell, Mao Asada is currently single.

Does Mao Asada Have Any Children?

Did Mao Asada Go to College?

In 2015, she obtained her bachelor’s degree from Chukyo University.

What is Mao Asada Famous For?

Mao Asada is one of the most popular female figure skaters in Japan. Throughout her career, she won numerous titles, including a silver medal at the 2010 Winter Olympics.

After many years of competing, she announced her retirement in April 2017.

Mao Asada currently lives with her miniature poodle, Aero (named after the Nestle candy) in Nagoya, Aichi. Further information on the figure skater’s location is unavailable

What Kind of Vehicle Does Mao Asada Drive?

Information on Mao Asada’s vehicle is unavailable at this time.

How Much Money Did Mao Asada Make Last Year?

Information on Mao Asada’s salary is unknown at this time

In early 2017, she competed at the CS Finlandia Trophy, where she finished second. From there, she participated in the Trophee de France and Skate America, before declaring her retirement in April via her blog.

Did you know that you can connect with the star on social media? For instance, Mao Asada can be found on Twitter at @Asadamao90 or on Instagram at @Maoch25. If you want to, you can even drop by and give her official Facebook fan page a like- you can visit it by clicking here.