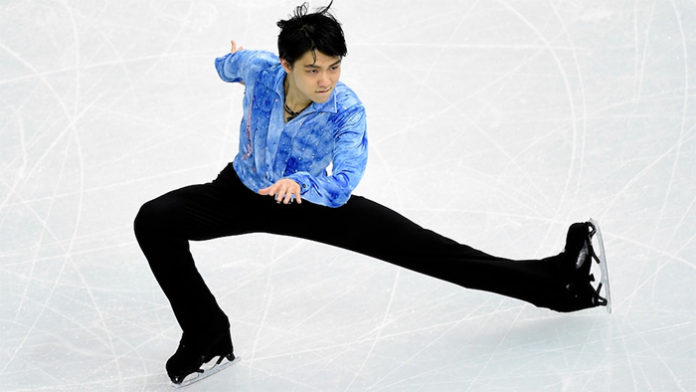 An Olympic Champion, Yuzuru Hanyu is one of the most accomplished figure skaters in the world. Representing Japan, he has won numerous championships over the years including the Grand Prix Final, World Team Trophy, World Championships and World Junior Championships, to name a few. To say that he’s talented on the ice would definitely be an understatement.

The first skater to have ever successfully completed three quadruple jumps in the second half of a free skating problem, he currently holds the world records for the highest FP, SP, and combined total scores. Unsurprisingly, he will once again be representing Japan in the 2018 Winter Olympics to be held in PyeongChang.

Considering his top status in the figure skating world, surely he’s not doing too bad for himself financially? How well off is the 23-year-old? From what we can gather, Yuzuru Hanyu’s current net worth hovers around the $2 million mark. What are his biggest money makers? Be sure to stick with us as we’ll be trying to answer this question below.

How did Yuzuru Hanyu Make His Money & Wealth?

Born on December 7, 1994, in Miyagi, Japan, Yuzuru Hanyu grew up in the city of Sendai, with his older sister, Says. Despite the fact that he has asthma, he has been skating since the age of four. Taking to the ice almost immediately, he quickly mastered the basic skills; before long, he was competing against other figure skaters at the rink.

After competing as a junior for two seasons, Hanyu made his international senior debut at the age of fifteen. Some of the competitions that he participated in over the next few years included the Cup of Russia, Japan Championships, NHK Trophy, and Grand Prix.

After a few more years of training, he represented Japan at the 2014 Winter Olympic Games, where he took part in the men’s’ singles figure skating event. Though he fell short in the short program, he was eventually able to make it back up to the top with an impressive FS.

Like most Olympic stars, he has appeared in numerous advertising campaigns and commercials since his rise to fame. For instance, he has worked with the brands Lotte, Capcom, All Nippon Airways, and Phiten, to name a few.

Aside from that, Hanyu has a few other projects- for instance, his first DVD album titled, Time of Awakening was released in Japan in the summer of 2014. Later that same year, he also came out with a photo book, YUZURU, which sold more than 23,000 copies.

In 2016, he even made his on-screen debut in the Japanese comedy film, The Magnificent Line. Directed by Yoshihiro Nakamura, it featured him as Date Shigemura, a samurai lord.

As far as we know, he hasn’t appeared in any other films. On television, however, he has taken part in several shows. For instance, she served as one of the judges on Kohaku Uta Gassen, Japan’s most popular New Year’s Eve show in 2015.

As far as we know, Yuzuru Hanyu is currently single and not in a relationship.

Does Yuzuru Hanyu Have Any Children?

Did Yuzuru Hanyu Go to College?

He is currently enrolled at Waseda University, where he’s studying cognitive sciences and human informatics.

What is Yuzuru Hanyu Famous For?

A well-known figure skater from Japan, Yuzuru Hanyu has achieved many feats over the years. Perhaps one of his greatest accomplishments so far is his gold medal from the men’s singles event at the 2014 Winter Olympic Games.

Originally from Sendai, Miyagi, he currently trains with his coach Brian Orser in Toronto, Canada. Photos of his abode are not available.

What Kind of Vehicle Does Yuzuru Hanyu Drive?

Information on Yuzuru Hanyu’s vehicle is unavailable at this time.

How Much Money Did Yuzuru Hanyu Make Last Year?

With the Olympic season approaching, many fans are excited to see Yuzuru Hanyu back on the ice- and for good reason. Later this month, the figure skater will be defending his Olympic title at the 2018 Winter Games, which will be taking place in South Korea.

As far as we can tell, Yuzuru Hanyu himself is not active on social media. With that said, he does have a fan page on Facebook, which you can visit by clicking here. As of 2018, he’s already got himself over 43,000 likes!